Generally, voters give a President credit for an expanding economy. Much of the time, that’s like the old Chinese Emperors being praised or blamed for the occurrence or non-occurrence of earthquakes, droughts, etc. That’s because the role the President plays in how the economy is functioning, and where in the business cycle we find ourselves, is quite limited.

But in the case of Donald Trump, and the recent news that the economy grew by 4.1% last quarter, the situation may be different. The Trump administration has indeed acted in ways that helped elevate that number.

But here’s the thing: The expansionary steps that Trump and his administration have taken are reprehensible, and their costs far exceed their benefits. Not credit, but blame is what Trump deserves even here.

1) Trump signed a terrible tax bill. It was mostly the doing of the Republicans in Congress, but Trump signed on. It was terrible not only because it increased wealth inequality in America, but also because it was a stimulus at the most stupid and destructive of times in the business cycle.

The Republicans faulted Obama for his deficit spending, when he assumed the presidency in the wake of the Greenspan/GWBush financial meltdown. But Obama did precisely what was required: at a time when individuals and corporations were hunkering down, creating an insufficiency of demand that threatened to lead the nation (and the world) via a vicious cycle into an even deeper Depression, Obama used the government to help take up the slack.

When the private economy spends less, the government should spend more.

But conversely, when the private economy is running hot — big profits, full employment — that’s when the government should spend less, even running a surplus to keep things from overheating.

So what did Trump do? Just the opposite.

With the economy at full employment, he signed a tax bill that added more than $1 trillion to the deficit (and to the national debt). At a time when deficit spending will do harm to the economy — surely, it has something to do with the recent rise of the rate of inflation toward 3%, for the first time in some years — Trump burdened future generations for less than no good reason. 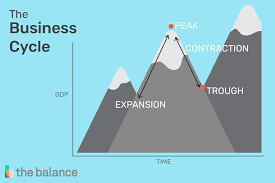 Yes, even when the economy is running hot, a government stimulus can goose the GDP growth rate. But the way Trump and the Republicans did it was disgraceful. And the costs to America far exceed any benefits.

2) Trump has also gone full tilt at undoing the regulatory regime that two generations of American leaders have constructed so that the market economy would do the good things it does well without also doing the bad things that –as every advanced capitalist nation has long recognized — an unregulated market tends to do.

This reckless Trumpian deregulation has been especially grotesque in the case of the EPA, under the corrupt and now-ousted Scott Pruitt. And sure, profit-making corporations can make more money when they are allowed to pollute and despoil the world around them. And sure, when one looks solely at GDP, it might seem like “good news” when the report comes in that measures outcomes purely in terms of dollars, and what can be bought and sold by self-interested parties.

But the well-being of the nation is not just measured in terms of the profits and monetary income that are generated in the atomistic market. A society is not just a bunch of buyers and sellers. It is also a whole– a system in which things like clean air, clean water, stable climate, etc. must be given weight by our collective action through government. The market is unable to register those values. 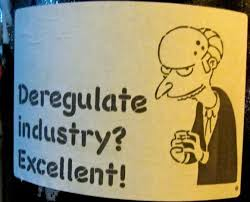 So the market may tell us that the economy is getting richer, in part thanks to Trump’s campaign of deregulation. But the degradation of environmental protections, worker protections, public health, etc. — all reliable consequences of the wrecking of America’s wise regulatory regime — mean that in the terms that matter most, i.e. the well-being of the society and its people, we are becoming poorer.

So any Republican candidate who tries to ride this economic “good news” to victory should be confronted with the real truth about the costs and benefits of the reckless Republican/Trumpian policies that helped produce that news.