Per VPAP, check out the following graphics showing broadcast TV ad spending by U.S. Senate and House candidates from Virginia. The first graphic, for instance, shows Sen. Tim Kaine spending $3.8 million vs. nada for Corey Stewart, who has been abandoned by…everyone? The second graphic shows Rep. Barbara Comstock (R-VA10) off to an early lead in broadcast TV ad spending, but Democrat Jennifer Wexton catching up in late September and October. The other three graphics show relatively low levels of broadcast TV ad spending in VA-02, VA-05, VA-07, with all of it being by Democrats. Of course, there are tons of other ways that campaigns communicate with voters, such as digital advertising, which is not included here. Still, it’s somewhat interesting to see these numbers… 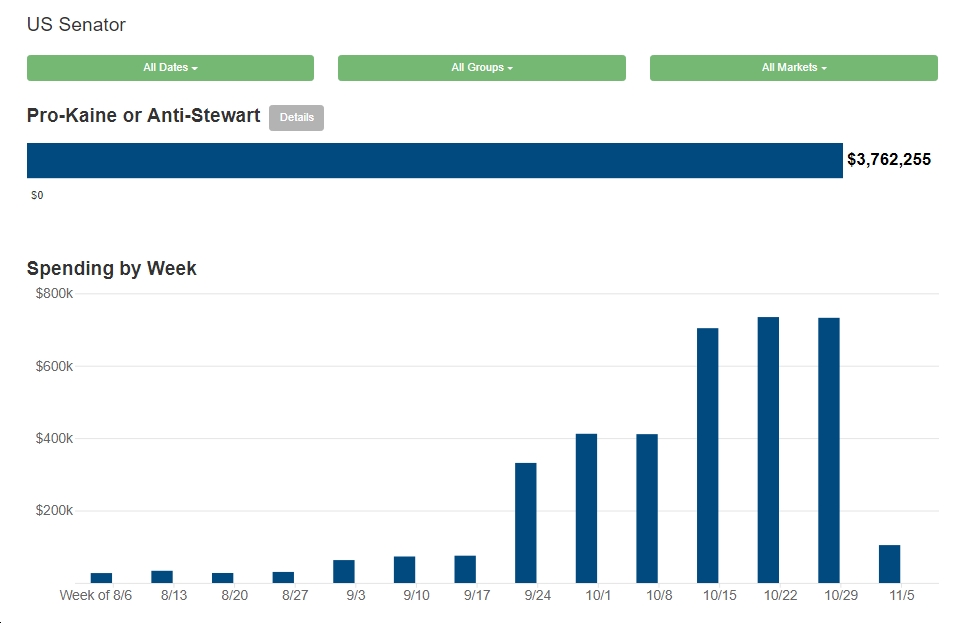 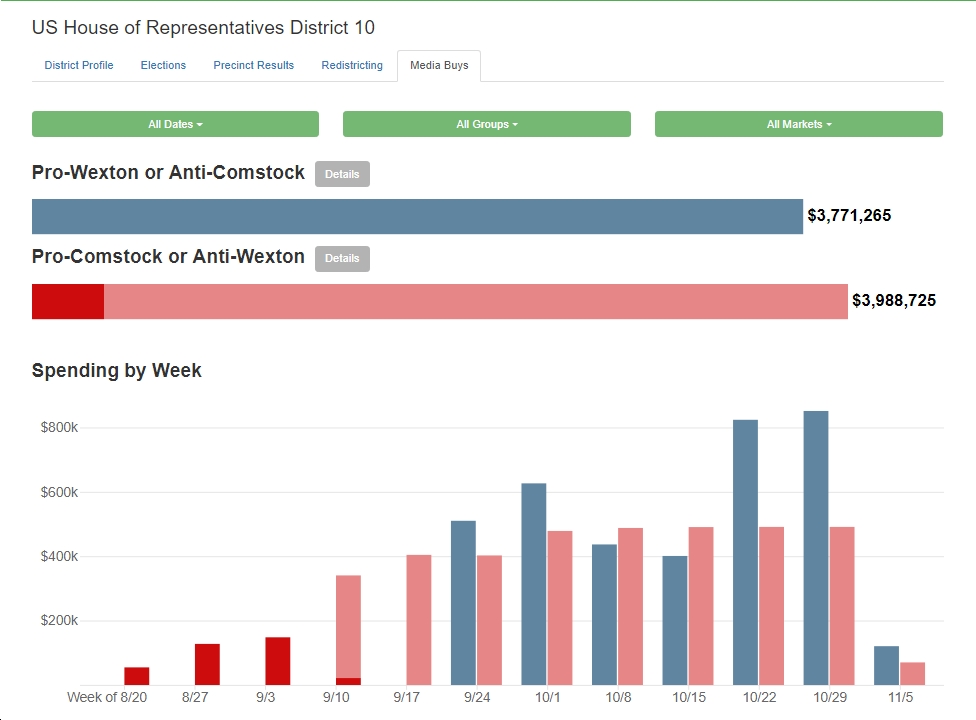 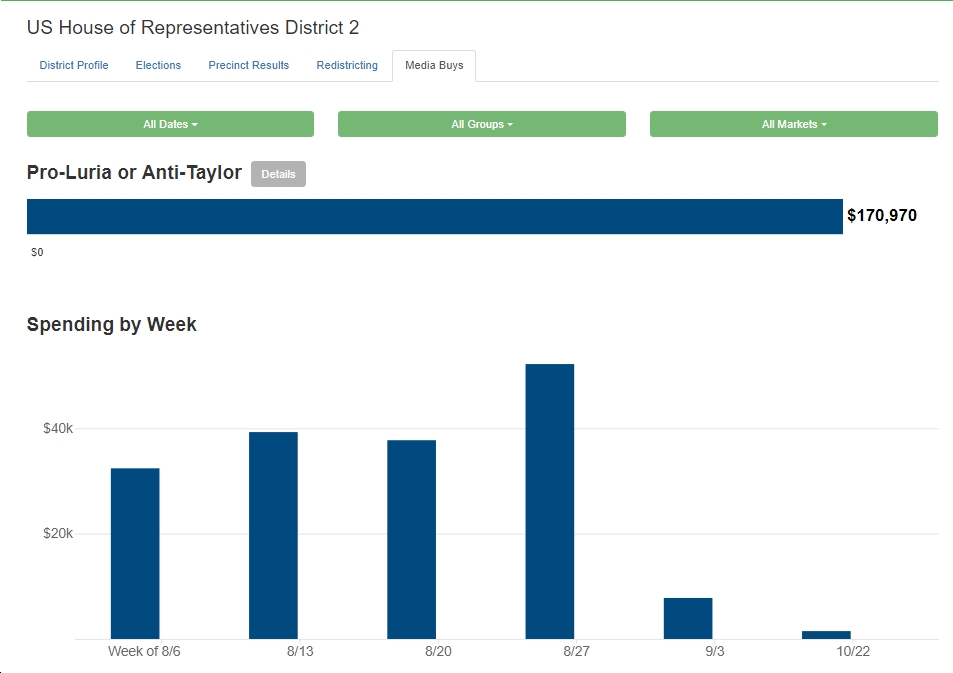 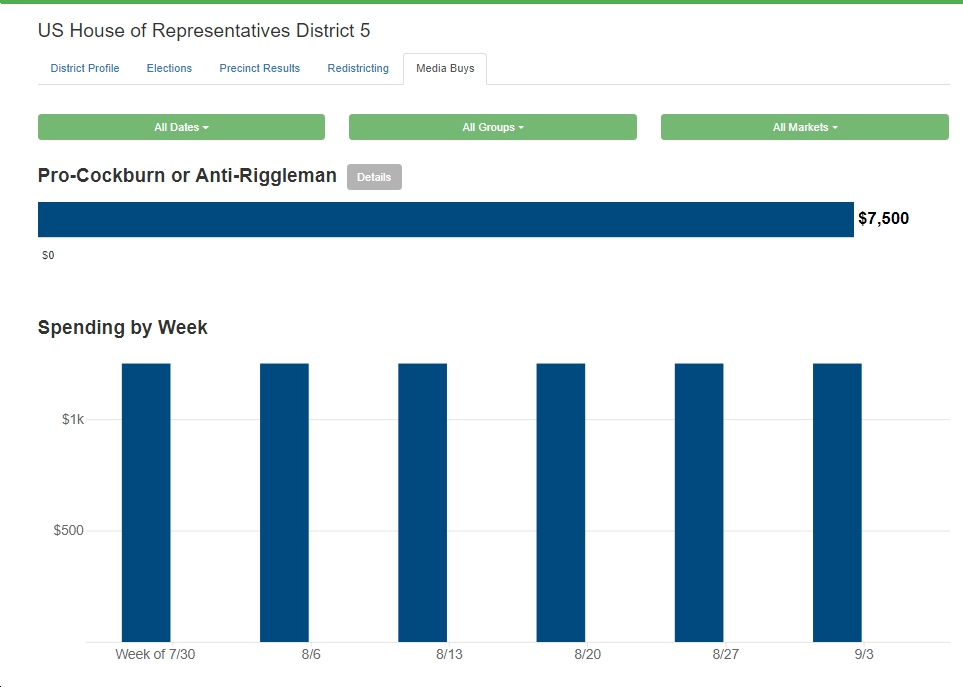 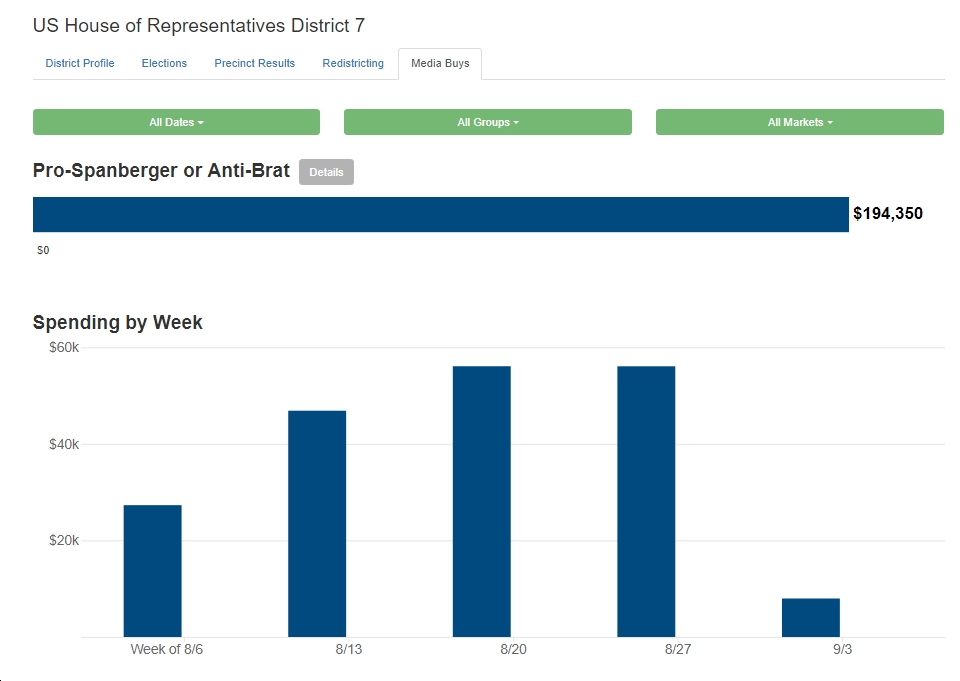