You’d think that the answer to the question posed in the title would be an easy one, but…nope. In fact, check out what fossil fuel industry tool, climate science denier and hard-right Rep. Morgan Griffith has had to say about the fracked-gas pipelines being rammed through Virginia.

So yeah, believe it or not, it really does seem to be the case that when it comes to the pipelines, a far-right, climate-science-denying, fossil fuel industry tool is better than the Democratic governor of Virginia. The hell???

*I wrote to the author of the Bluefield Daily Telegraph article, asking him why it had been taken down and replaced with a dramatically different article. His response was:

The story was changed to reflect a clarification from Gov. Northam’s office. While he has confidence that any pipeline that is built will meet all the federal and state regulations and he supports the process in place, he said he has not expressed support directly for the pipelines, but he has not opposed them either. However, he said if the are constructed he is convinced they will be installed properly.

During the interview, I interpreted a statement he made directly related to the MVP that he was supportive of moving forward with it because we need energy, just that we need it responsibly, as referring to the MVP.

He said he meant he was supportive of the regulatory process. 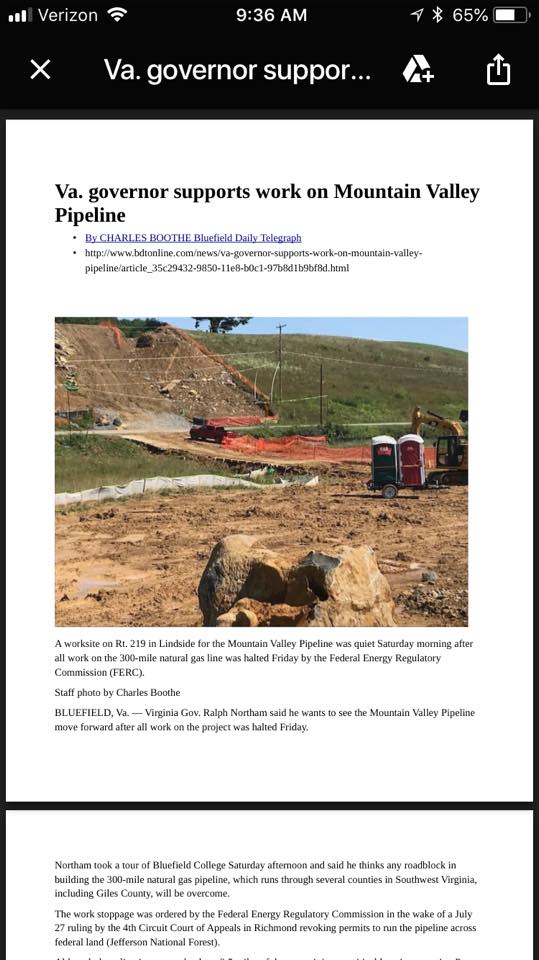 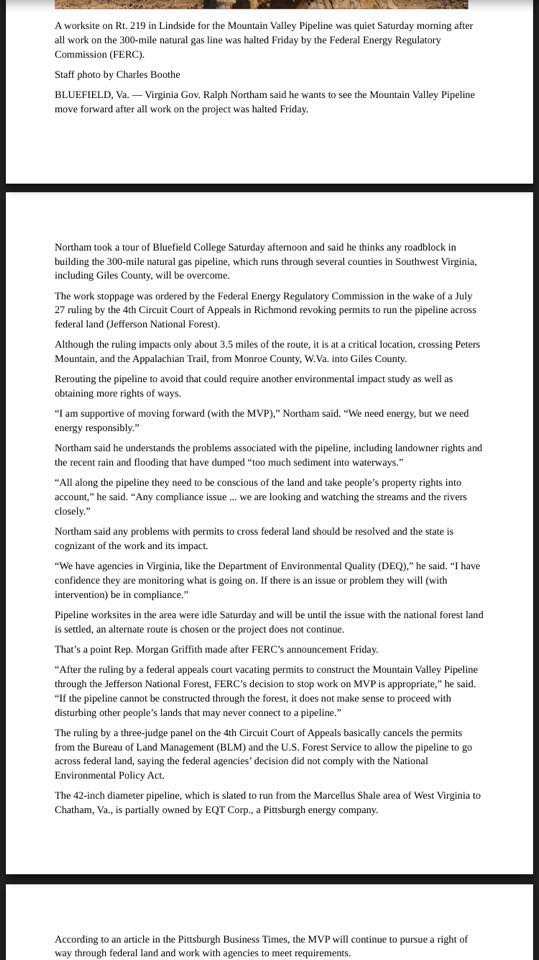 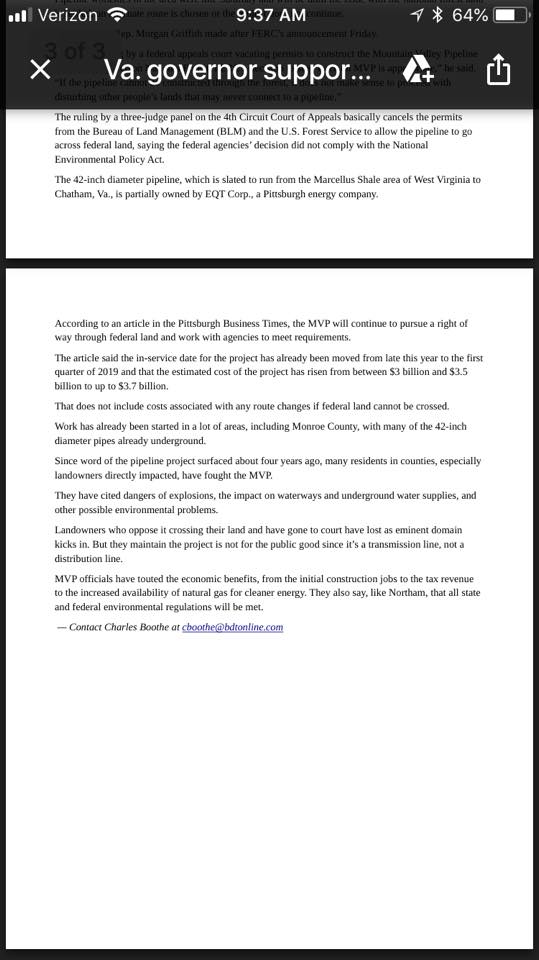