In short: 1) Sen. Tim Kaine respects women, believes them, takes his job seriously, etc.; 2) Corey Stewart apparently thinks that allegations of sexual assault by women against men are some sort of big joke and/or “a bunch of crap.” On November 6, let’s hope that Virginians reject Corey Stewart’s disgusting attitudes towards women (and towards just about everyone else, other than neo-Confederates and white “nationalists”) and reelect Sen. Tim Kaine in a landslide of epic proportions. 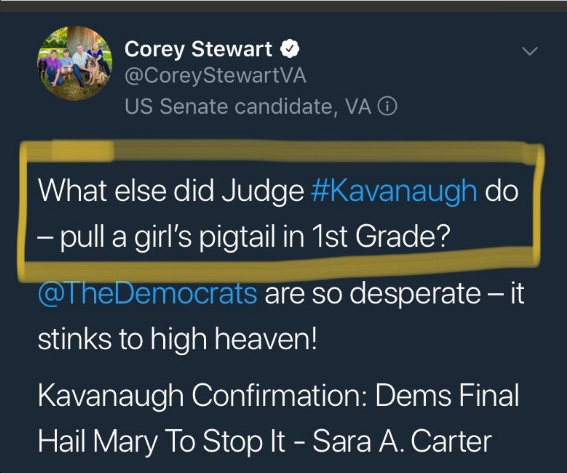 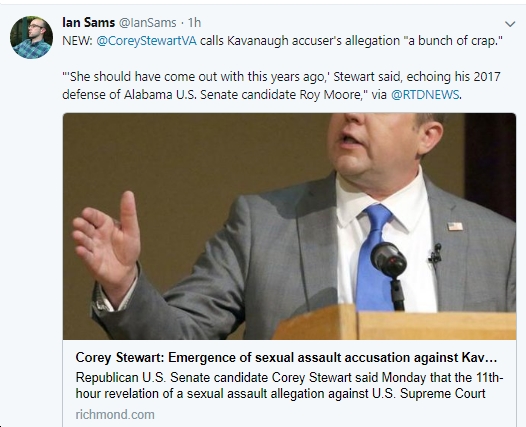