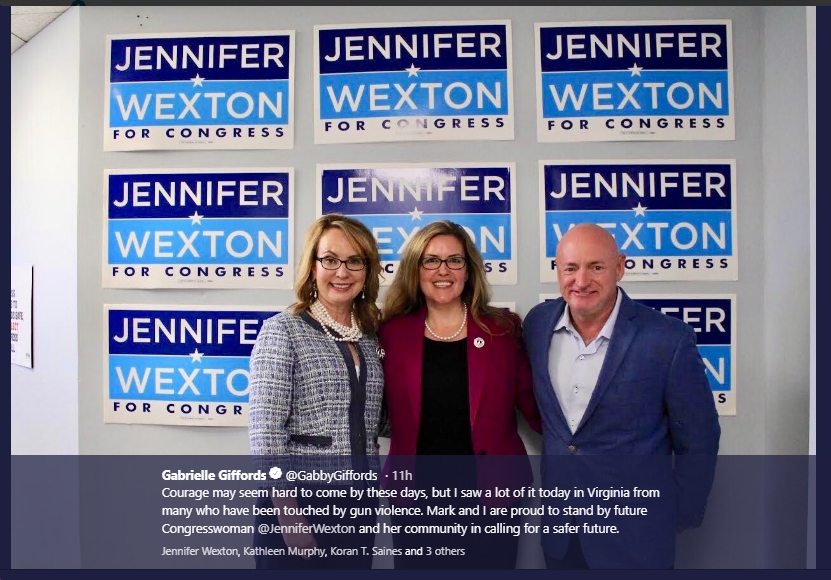 Yesterday at Jennifer Wexton’s campaign office in Sterling, I attended a forum on gun and gun violence prevention, featuring former Congresswoman Gabby Giffords, who was seriously injured in an assassination attempt in 2011. Gabby Giffords and her husband, Navy combat veteran & retired NASA astronaut Commander Mark Kelly, are the founders of a PAC called Giffords: Courage to Fight Gun Violence, which recently aired a major tv ad calling out Congresswoman Barbara Comstock for constantly siding with the NRA.

Commander Kelly asked the audience to raise their hand if they personally knew anyone who had been a victim of gun violence. Nearly half the room raised a hand. He explained that he’s asked this all around the country, and that is the response everywhere, about 40%. He said he’s asked the same in England and Denmark, and guess how many hands were raised there? Zero. It’s chilling, really.

A Loudoun County Moms Demand group spoke about the organizing they’re doing, as well as their canvassing, voter registration, and phone banking efforts. A representative from a local student group spoke tearfully about how real and terrifying “active shooter drills” feel since the school shooting in Parkland, Fl.

Sterling Supervisor Koran Saines told his personal story about his former sister-in-law having shot and killed his brother, turning their two small children into orphans instantly. Delegate Kathleen Murphy spoke losing her brother to gun violence, and about her very occasional successes in the General Assembly in passing gun violence prevention bills under the Republican majority. At the same time, she talked about the insanity of the Select Committee on School Safety, created by Speaker Cox, not being permitted to even discuss guns! Then Senator Jeremy McPike discussed being a volunteer firefighter and EMT, and undoubtedly being the only General Assembly member to have had to sit by the side of a gunshot victim, and pronounce him dead. As McPike said, it is critical that we elect leaders who will support sensible gun violence prevention legislation. 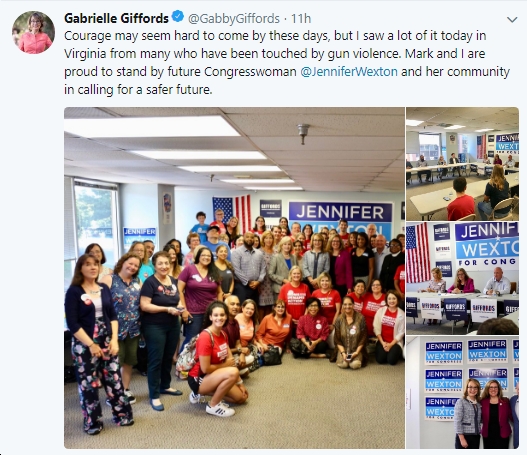 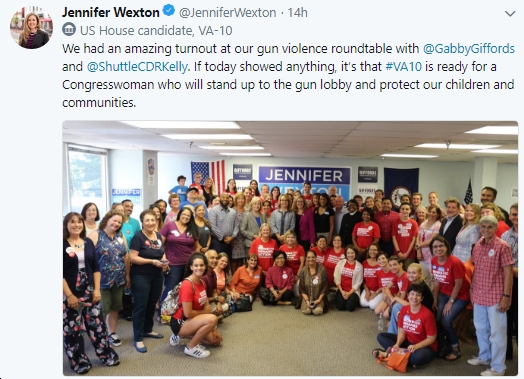 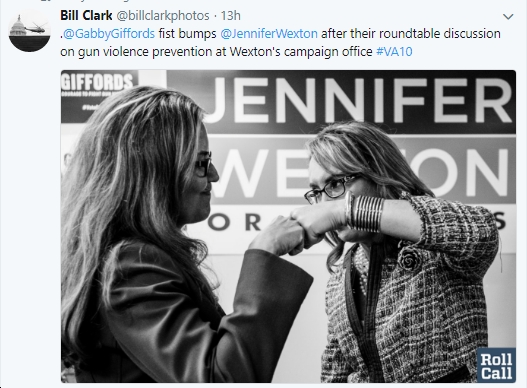 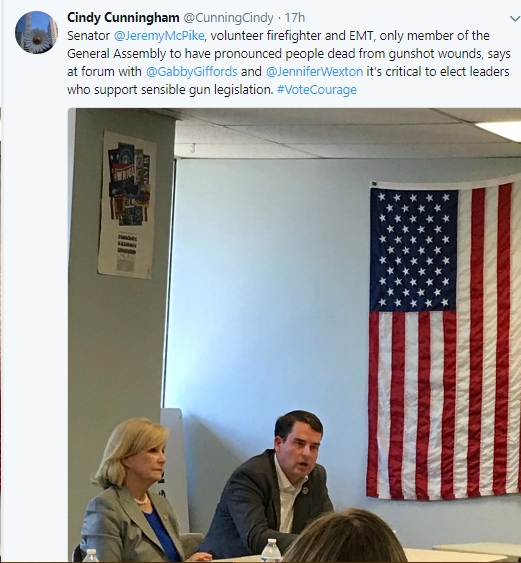 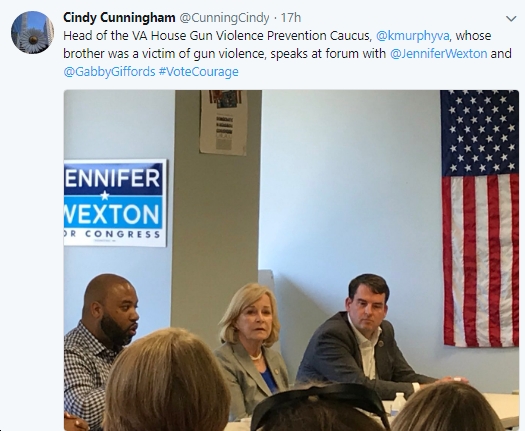