For years, we’ve heard from politicians about how Virginia is one of the “best places to do business.” My first thought has always been, that’s nice (whatever it even means), but how about the best place for WORKERS? Well, as it turns out, based on this Labor Day 2018 ranking by Oxfam, there’s a reason why you never hear politicians bragging that Virginia is the “best place for WORKERS.” Because, as it turns out, not only are we not the best place, we are DEAD LAST in the country when it comes to worker protections (or lack thereof in our case), wage policies (don’t ask!) and right to organize (ditto!). Check out the following graphics, and consider how Republican “governance” (using the word loosely) – and before they became Republicans in the 1970s and 1980s, conservative Southern Dixiecrats’ “governance” – does a number on workers (not to mention the environment).

First, here’s the national map, which has Virginia colored red – the bottom of the barrel – along with its fellow, former Confederate states Mississippi, Alabama and Georgia. Appalling and embarrassing. Oh, and thanks a lot, Republicans (and before them, conservative Dixiecrats who became Republicans in the 1970s and 1980s) for this deplorable, anti-worker situation! 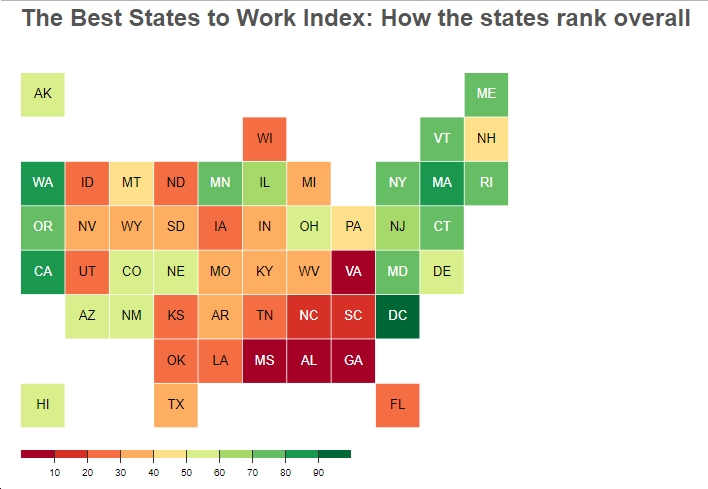 But wait, it gets even more pathetic, as Virginia actually ranks #51 in the country, with a disgraceful 1.85 overall score (including ZERO on Wage Standards and ZERO on Right to Organize) – below Mississippi (7.25 overall score) and Alabama (7.97 overall score). In sharp contrast, the District of Columbia ranks #1, at 95.34, with other “blue” states (e.g., Washington, California, Massachusetts, Vermont, Oregon, Rhode Island, Connecticut, New York, Maryland, New Jersey, Illinois) scoring at the top of the ranking. Sensing a pattern here? 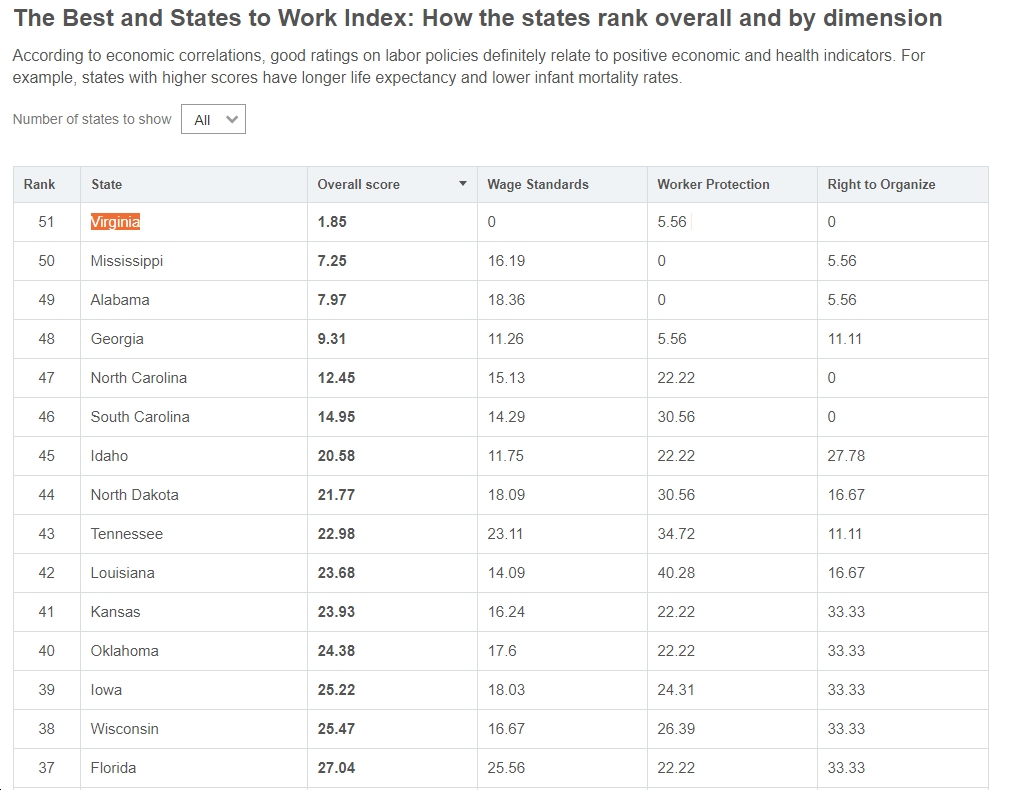 Basically, Virginia sucks for workers in every way: #51 overall, #51 on wage policies, #48 on worker protection, #49 on right to organize, and of course our pathetic $7.25/hour minimum wage. That’s what Republican/conservative governance gets you – worse than nothing! 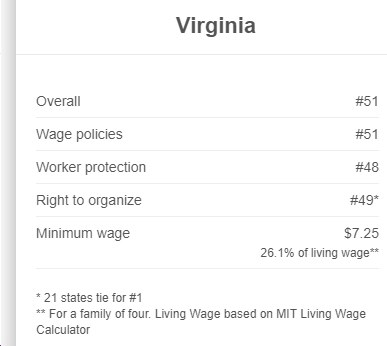 Check out the gory details…and remember to vote Democratic, up and down the ballot, in every state and local election! 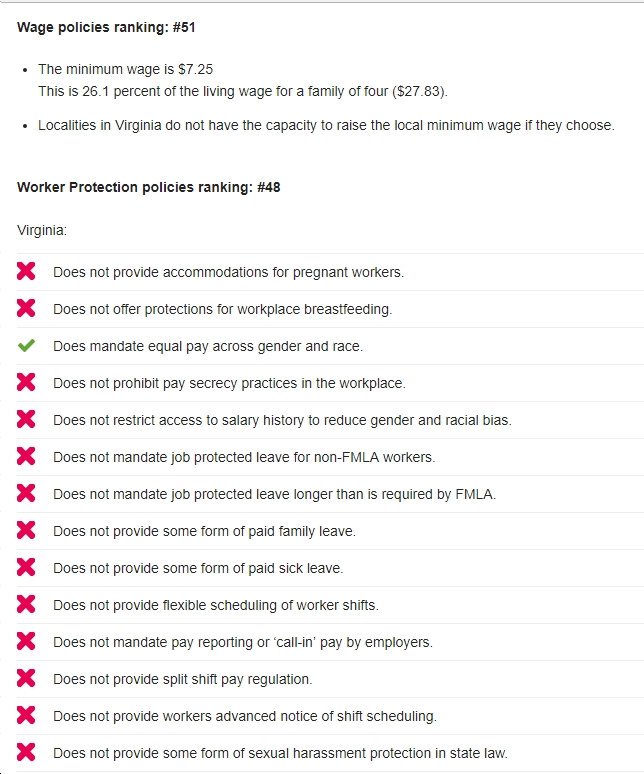 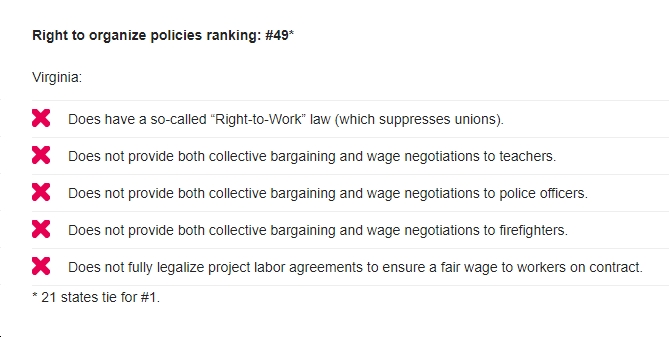 We Can’t Allow the VA GOP to Roll Back Progress on Clean Cars!