I posted last Saturday on absentee voting ballots requested/submitted as of October 19. Now, the Virginia State Board of Elections website has numbers available through October 26. Here are a few key points and graphics.

Now, see below for a graph of Virginia absentee ballots by Congressional District (in descending order) as of October 26. 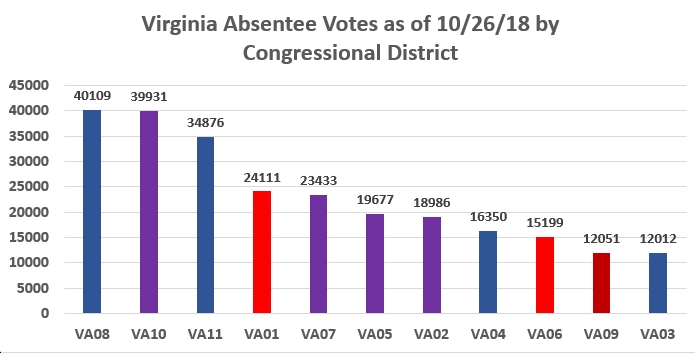 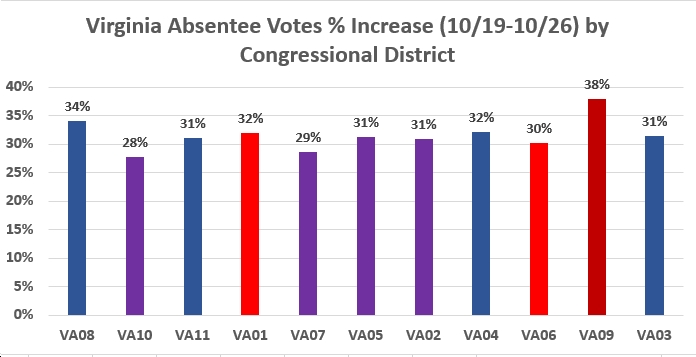