I’m very glad to see that ZERO Virginia Democrats are on this ridiculous, counterproductive, wrong-headed letter (see below) pledging opposition to Nancy Pelosi as the next Speaker of the U.S. House. Note that Congresswoman-elect Abigail Spanberger (D-VA07), who has stated that she won’t vote for Pelosi as Speaker, is NOT listed on this letter. Good to see.

As for the people on this letter, mostly conservative Democratic men, particularly ringleaders like Rep. Seth Moulton, remind me never to support them for anything, and to back progressive primary challengers to them if they arise. So ridiculous to oppose Pelosi, who has been a master legislator (thank Pelosi in large part for the ACA; she also pushed the massive investment in clean energy contained in the “stimulus” package and the Waxman-Markey “cap-and-trade” bill through the House), a huge fundraiser for Democrats, and who just presided over taking back the U.S. House with a massive pickup of around 38-39 seats. Now, if someone wants to ditch Chuck Schumer as Senate Minority Leader, I’m cool with that! But Nancy Pelosi should be elected Speaker with overwhelming Democratic support – she’s more than earned it! 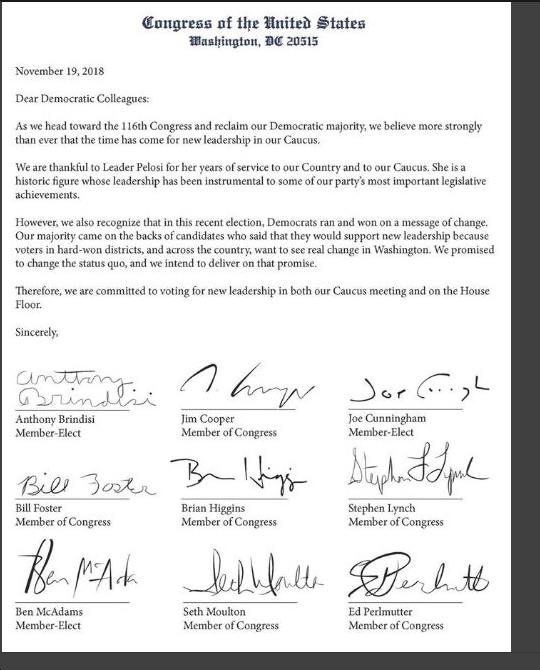 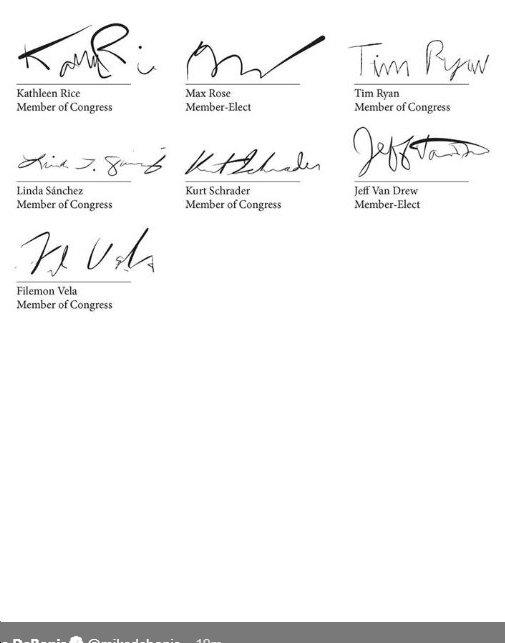