The following two maps tell the story, visually, of where Republican/self-proclaimed “Independent” John Vihstadt won his Arlington County Board seat in 2014, and where he lost it on November 6, 2018.

Of course, the fact that Tim Kaine was busy CRUSHING Corey Stewart in Arlington by an incredible 82%-15% margin (87k-16k votes) could only have helped “downballot” Democrats Matt de Ferranti (note: I largely called this back in January). I’d also point to the fact that whatever anger existed in 2014 over the Arlington County Board’s perceived arrogance, insularity, etc. had either diffused or disappeared by 2018, in part because it’s a completely new cast of characters on the Board now, and in part because the issues that Vihstadt demagogued so effectively (“gold plated!” “extravagant!” “million-dollar whatever!”) in 2014 were no longer hot buttons or even relevant at all in 2018. Without being able to tap into anger towards the Board, and with intense anger at Trump – plus disgust at Republican U.S. Senate nominee Corey Stewart – dominating, combined with a strong Democratic candidate/campaign (including both de Ferranti and the Arlington County Democratic Committee), Vihstadt was defeated. Bye bye! 🙂 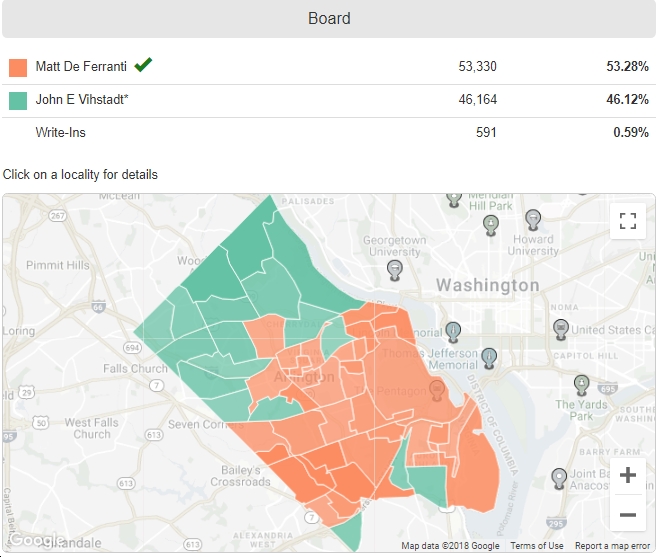 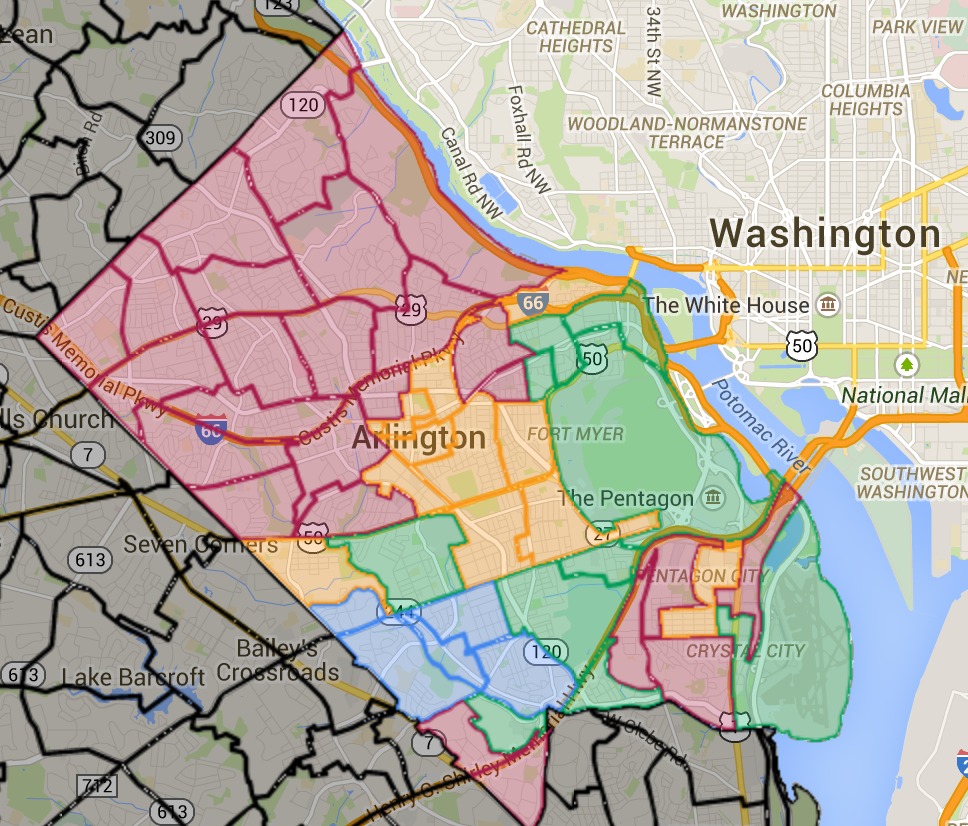