Check out the following graphics, courtesy of VPAP, which show that Tim Kaine won a whopping 26/40 Virginia State Senate districts on Tuesday and also 61/100 Virginia House of Delegates districts. Note that currently, Democrats hold only 19/40 seats in the State Senate and just 49/100 in the House of Delegates. These Kaine vs. Stewart numbers are probably inflated because neo-Confederate Corey was such a debacle, but still, they indicate significant growth potential for Virginia Dems in 2019…and that’s not even considering the results of a new House of Delegates map by the “special master” as part of the “Bethune-Hill” racial gerrymandering case. 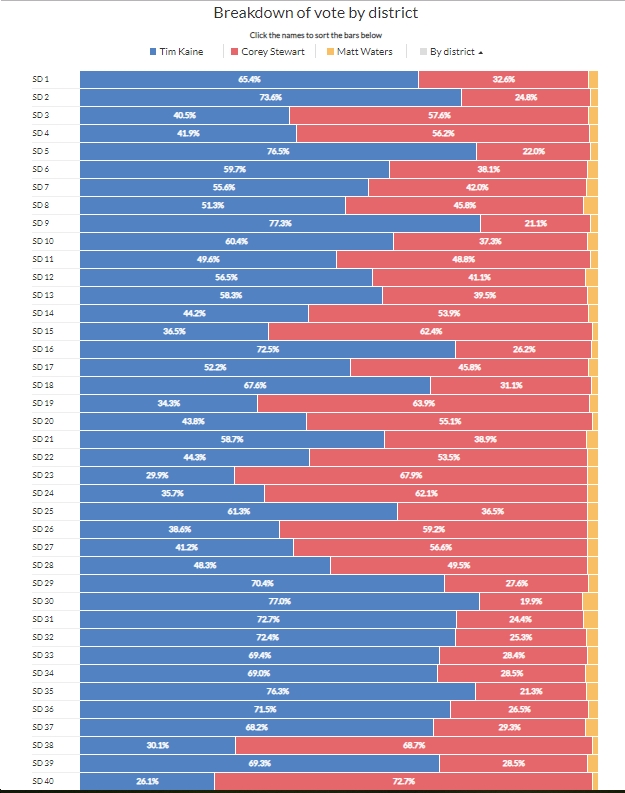 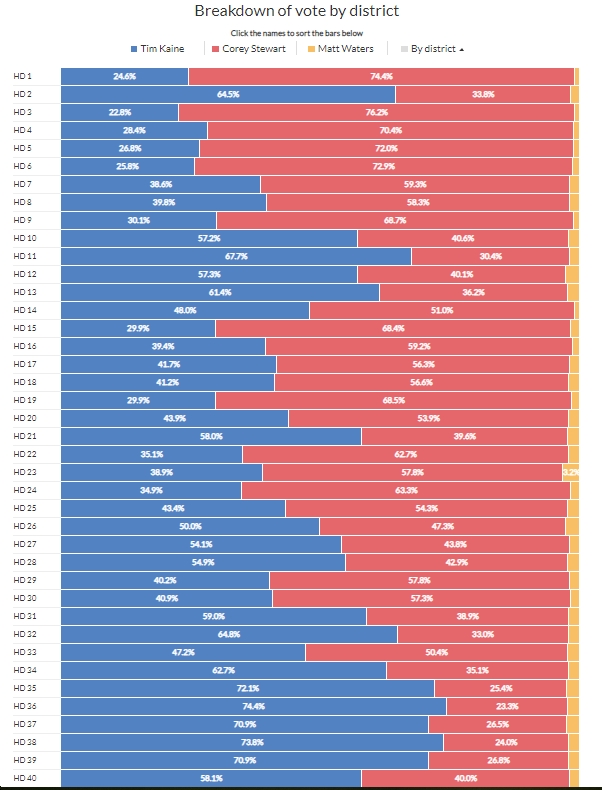 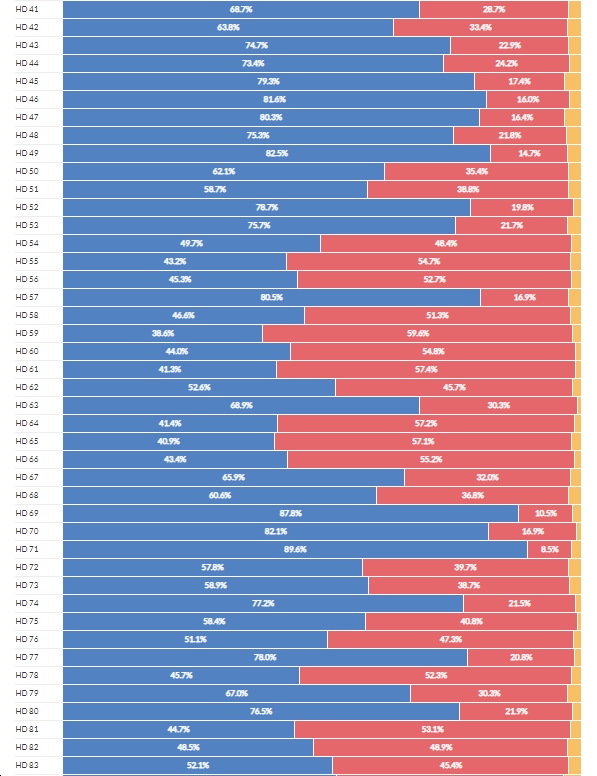 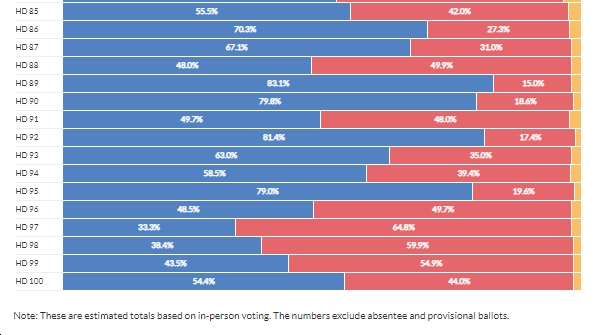