See below for some great photos by Mike Beaty from yesterday’s very well-attended (200+ people!) Dan Helmer for Virginia House of Delegates (HD-40) kickoff in Clifton. Note that HD-40 went 55%-44% for Ralph Northam last November and 58%-40% for Tim Kaine this November. Also note that Del. Tim Hugo (R) barely hung on to his seat last November, by 15,110-15,004 over Donte Tanner (who decided not to run this time and endorsed Helmer). Finally, note that Hugo is absolutely abysmal; as the Washington Post wrote last March:

“Across Fairfax, Arlington, Alexandria and other Northern Virginia localities, the landscape is dotted with projects large and small that will stall as a direct result of new Metro funding…For that residents can blame Del. Tim Hugo, a Fairfax lawmaker who is one of the last remaining Republicans representing Northern Virginia. Mr. Hugo, an anti-tax hard-liner and his party’s caucus chairman in the House of Delegates, opposed Democratic efforts to generate more new revenue, from slightly higher taxes on hotel and motel bills and on real estate sales in Northern Virginia. Downstate House Republicans, who had no dog in the fight — the new taxes wouldn’t have affected their constituents — deferred to him.”

So yeah, Hugo’s gotta go in November 2019 – for this and many other reasons we’ll be discussing over the next year.

P.S. Below Mike Beaty’s photos is a post by Del. Mark Keam, and another photo by Del. Keam. As Arlington Dem Cragg Hines put it, “Dan Helmer is the real deal. And the real Democrat to finally show Republican Tim Hugo the door. Great kickoff Saturday in Clifton with U.S. Rep-elect Abigail Spanberger.” 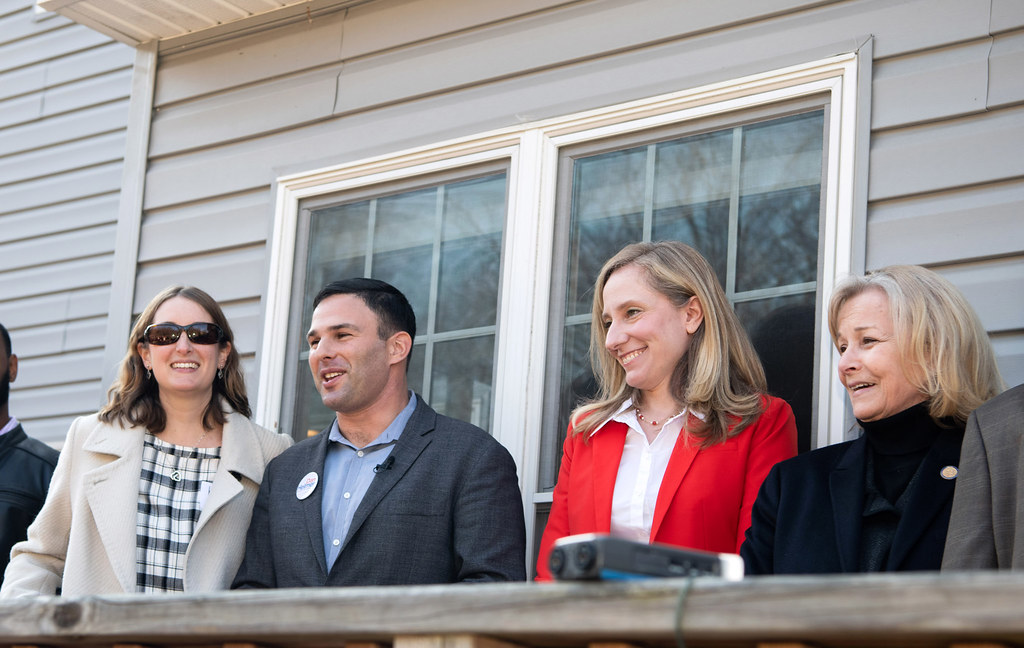 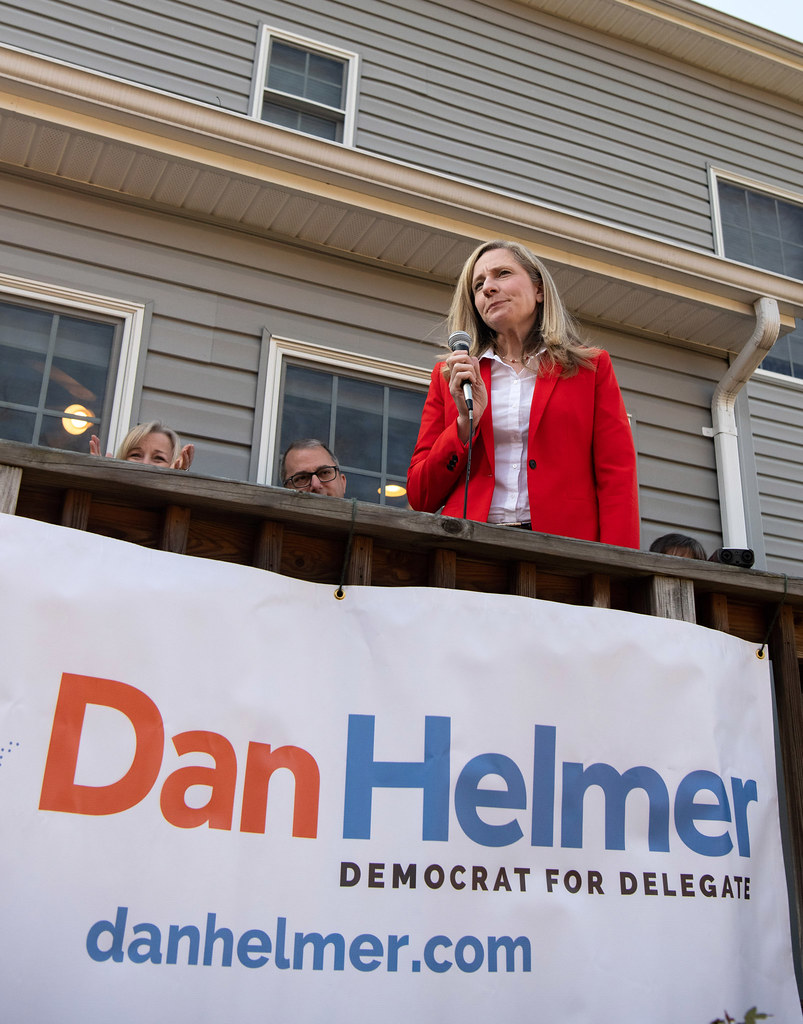 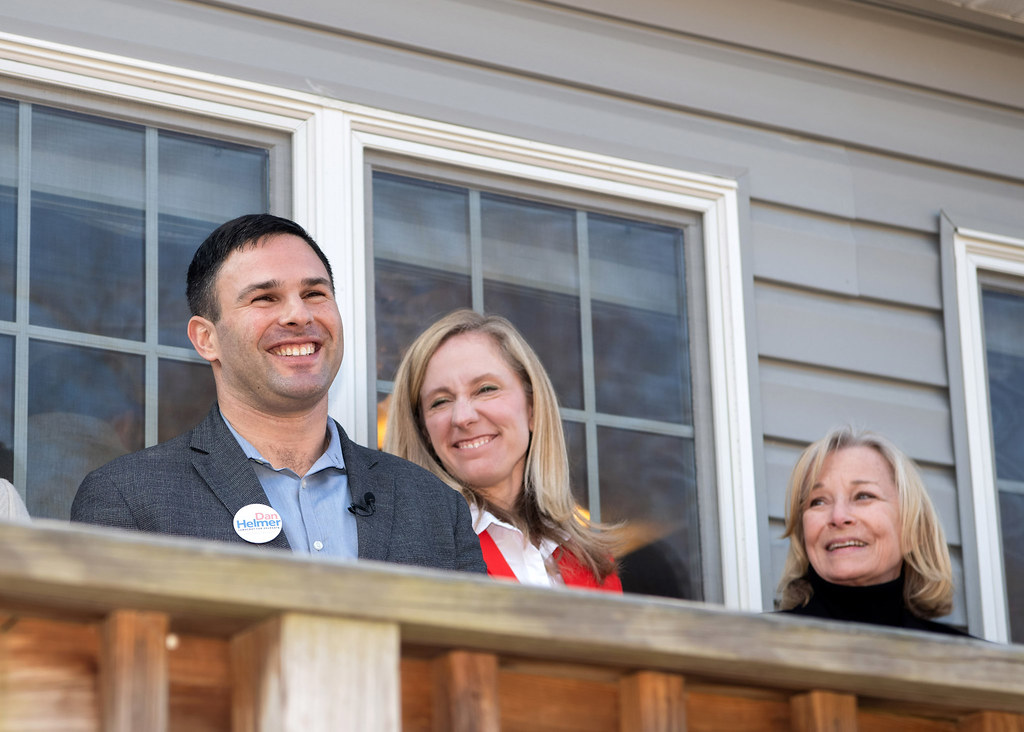 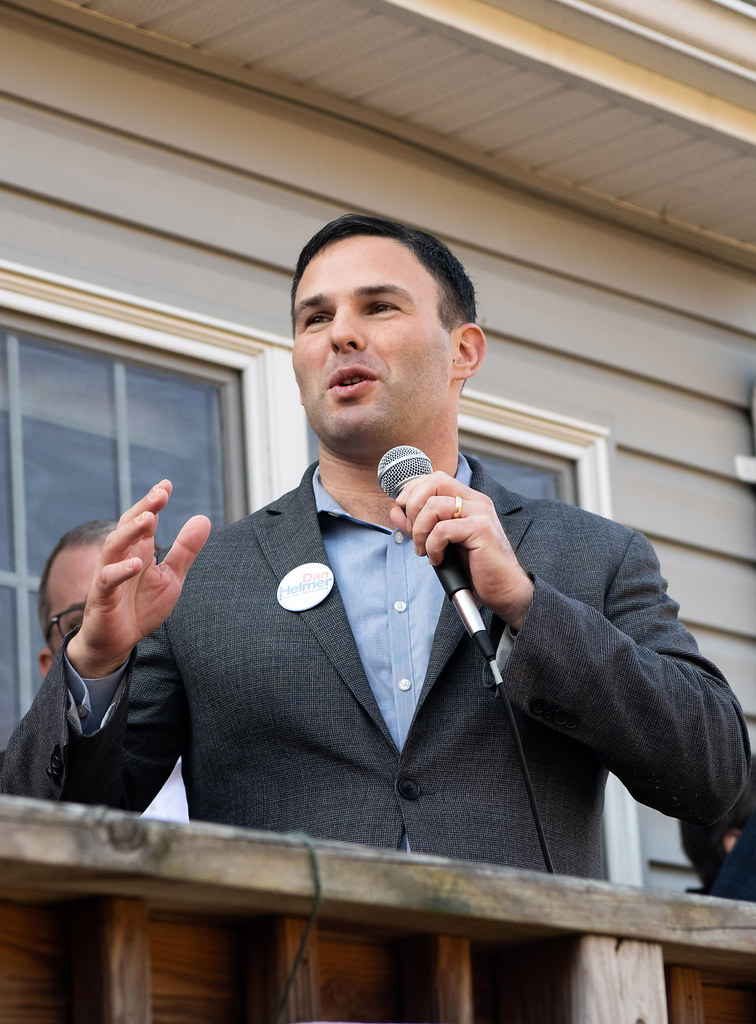 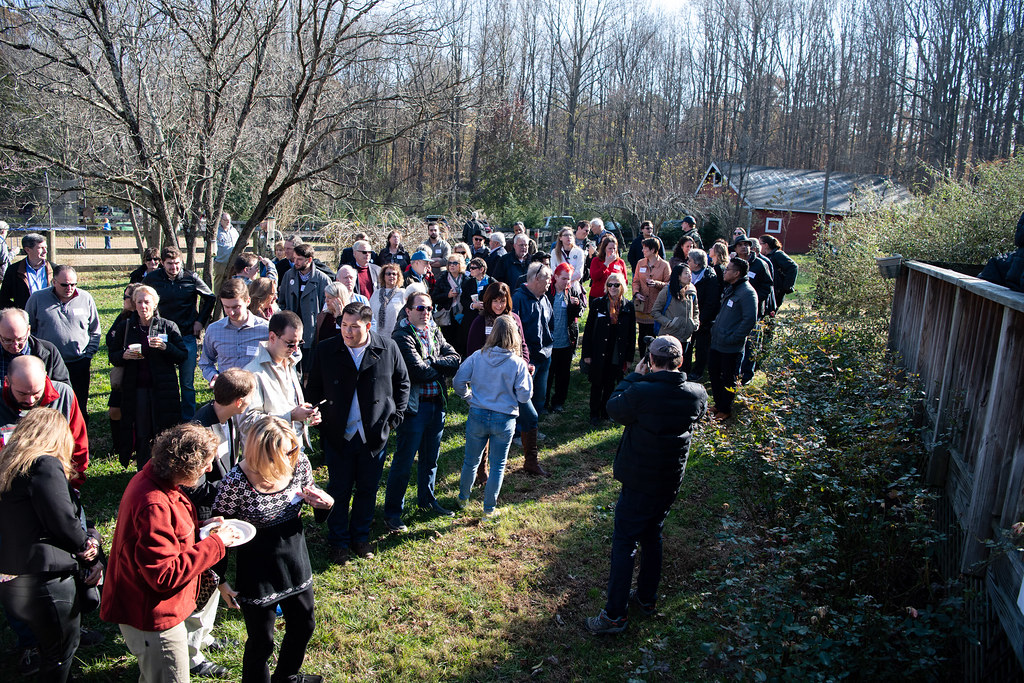 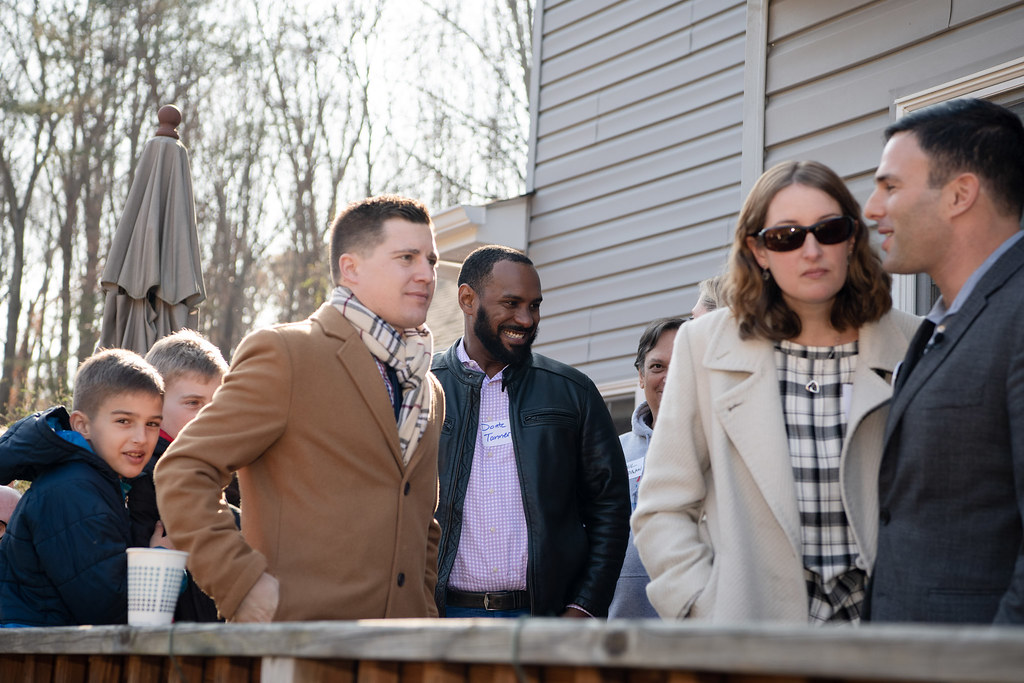 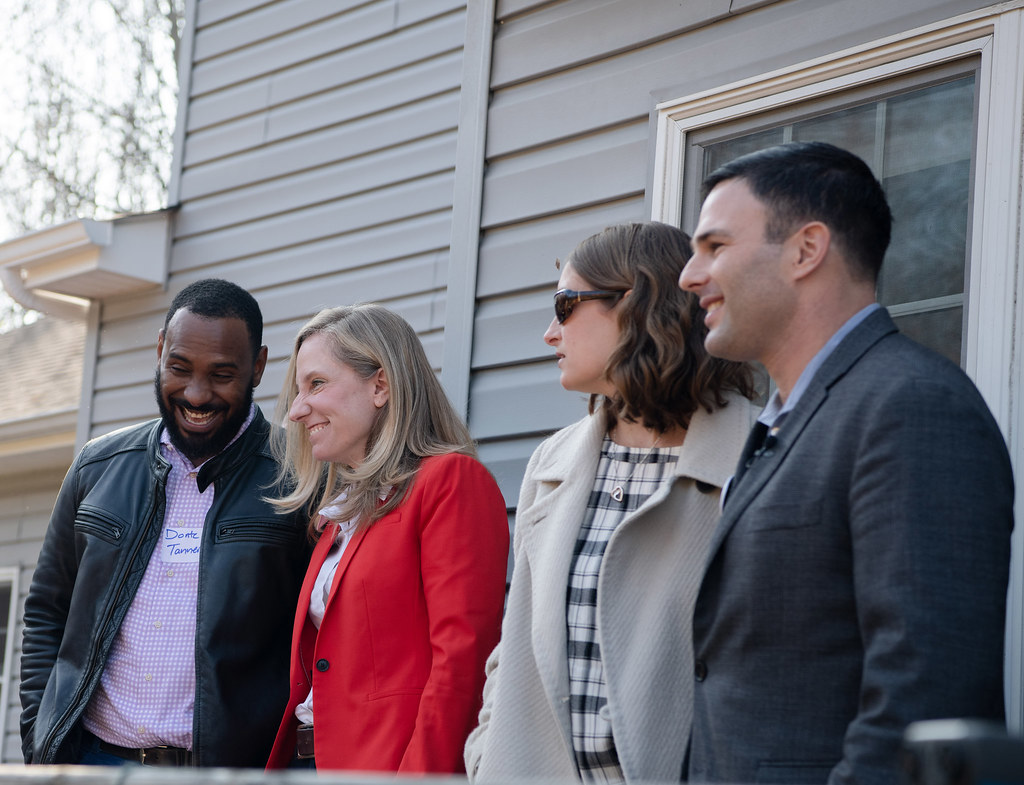 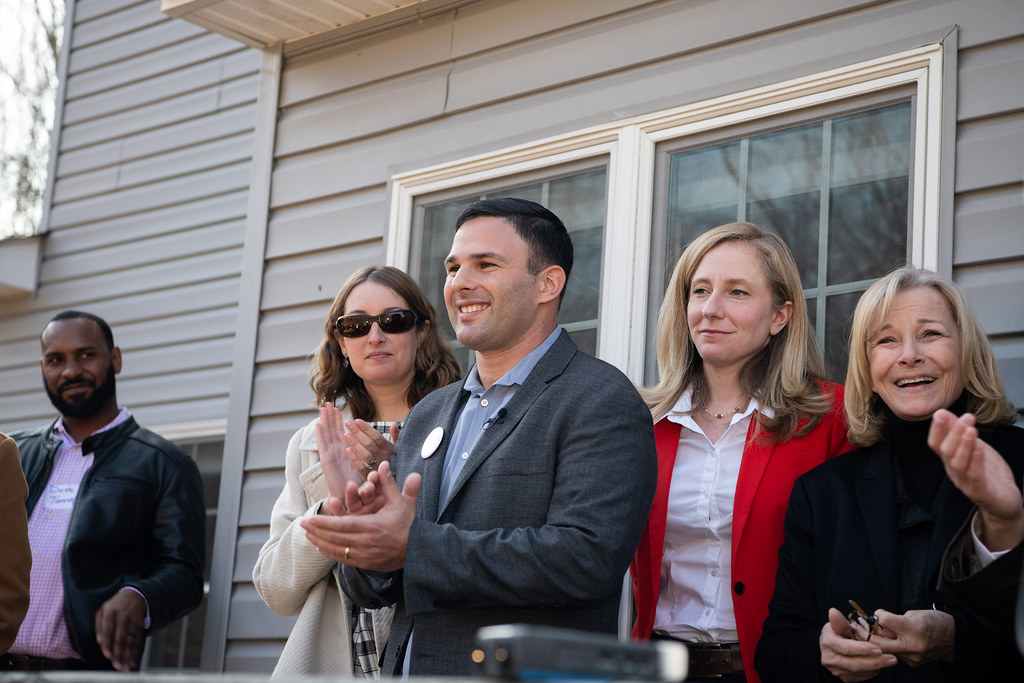 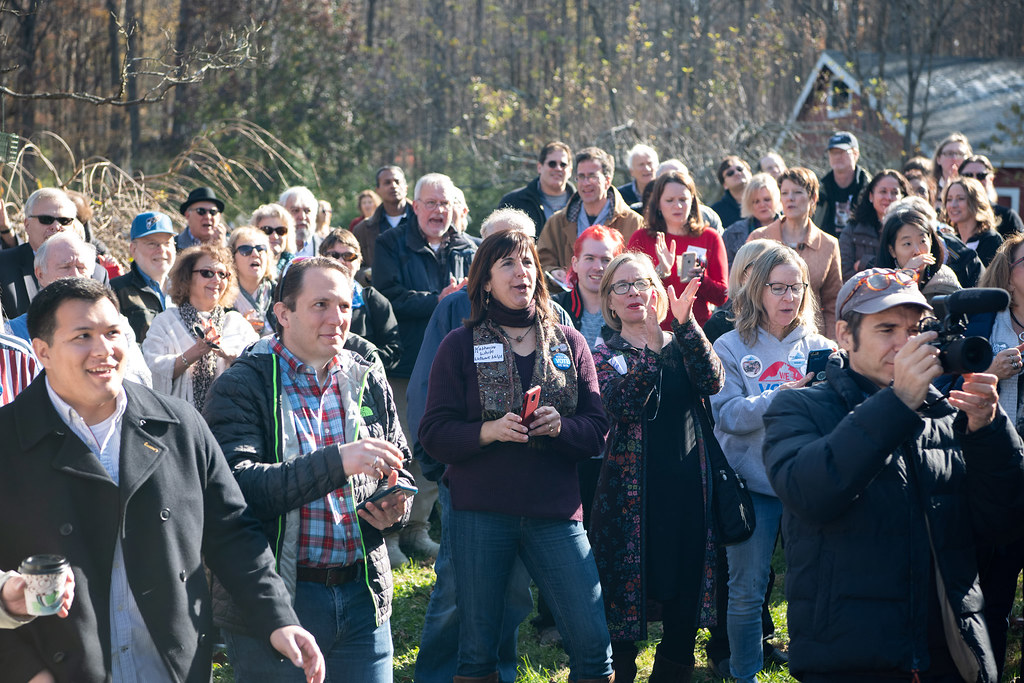 State Sen. Adam Ebbin speaking to the crowd in support of Dan Helmer 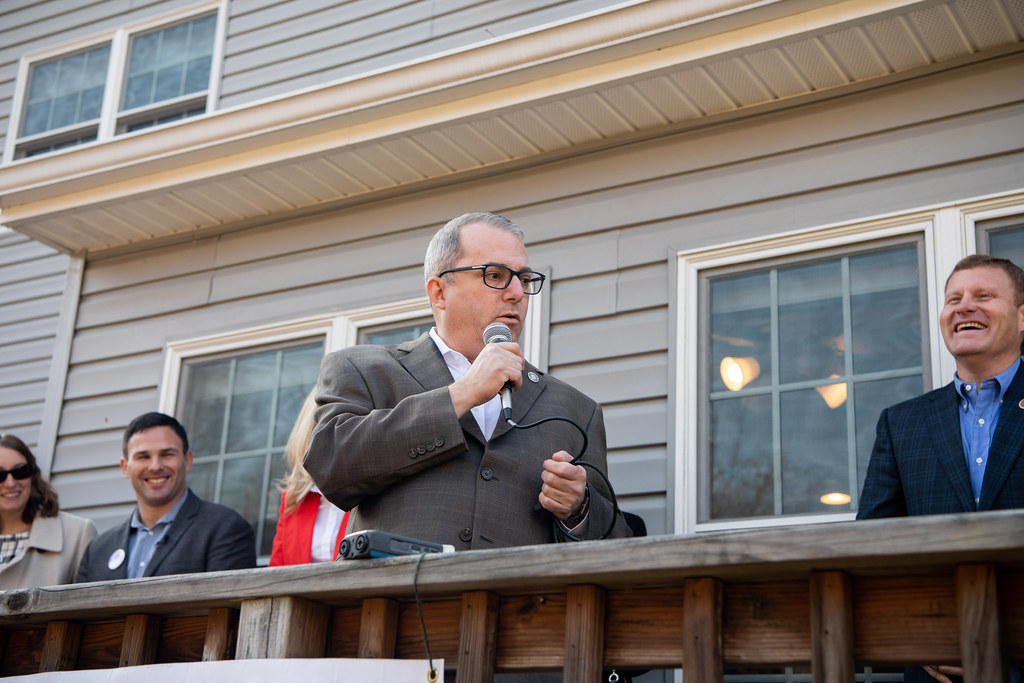 Now that the 2018 federal midterm elections are over, we here in Virginia are gearing up for the next round of campaigns, and the top priority for me is to win a majority in the Virginia House of Delegates.

In 2017, voters sent 15 new Democrats to the people’s chamber in Richmond, bringing the party balance to 51 Republicans and 49 Democrats.

And some of you might recall that at one campaign ended with an exact tie which was broken by pulling a name out of a lot, which gave Republicans the razor thin majority.

Next year, Democrats need to win just 2 more seats to gain control, and one of those is in Fairfax County.

I’m pleased to support my friend Dan Helmer who is running for the 40th district as he officially launched his campaign today. Dan and I were joined by our friend Donte Tanner who ran an outstanding campaign in 2017 which helped make the 40th a top target for 2019.

I know you’ll be hearing a lot more about Dan in the coming months, but if you haven’t yet done so, please check out his pages, sign up to volunteer, and make a donation if you can! 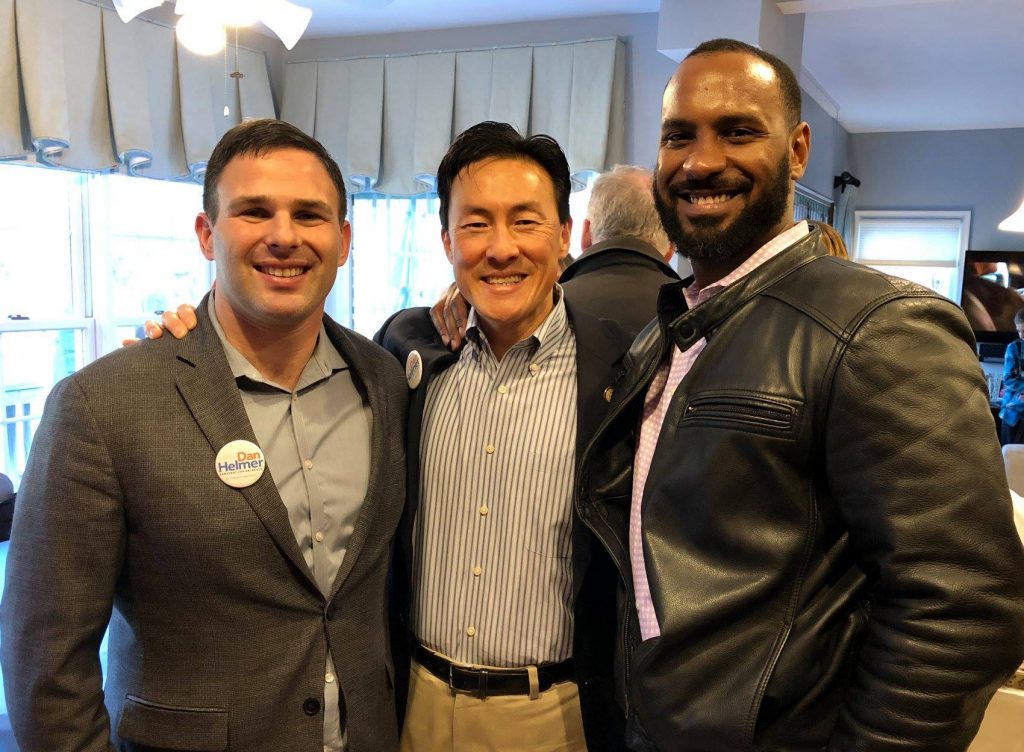