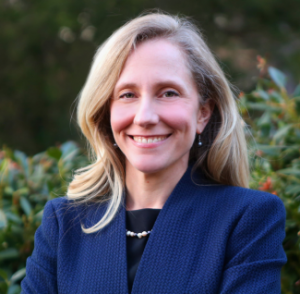 Dave Brat says he is a “man of principle.” He says what he has done in the past, he will do again. So consider that Dave Brat sponsored, cosponsored or voted for the following.

(HR 2157) to deprive a president of authority to ban oil drilling on the continental shelf.
(HR 806) to weaken EPA ability to enforce clean air standards.
(HConRes 119) to declare that a carbon tax is bad for the economy
(HR 3281) to dispose of federal reclamation projects.
(Amendment to appropriation act) to prohibit EPA from enforcing Chesapeake Bay clean-up goals.
(HR 1119) to lower emission standards for coal-burning plants.
(HJRes 38) to allow coal mines to pollute rivers and streams.
(HR 1525) to discourage lawsuits to enforce the Clean Air, Clean Water and Endangered Species Act.
(HR 3880) to ban EPA from dealing with climate change.

(HR 1181) to allow mentally incompetent veterans to buy guns.
(HR 38) to allow concealed weapon permit holders to possess guns in school zones.
(HJRes 40) to allow persons adjudged to be a danger to themselves or others to buy guns.
(HR 3139) to remove minimum sentences for individuals committing crimes using silencers on their weapons.

(HR 4712 and HR 36) to make it more difficult for women to have access to medically safe abortions.
(HJRes 43) to allow states to withhold funding from family planning organizations.
(HR 3134) to defund Planned Parenthood.
(HR 7) to permanently ban federal funds from being used for abortions and to ban health plans under the Affordable Health Care Act from offering abortion coverage.

(HR 5824) to deprive certain foreign nationals of freedom to practice their religion.
(HR 5812) to deprive transgender or transsexual Americans of civil rights protection.
(HR 4974 amendment) to allow government contractors to discriminate on the basis of sexual orientation or gender identification.

(HR 1) to grant tax cuts, mainly to the wealthy, despite Congressional Budget Office prediction that the bill would increase the national debt by $1.8 trillion.
(HR 6756, 6757 and 6760) that would add at least $700 billion more to the national debt just in the next ten years.
(HJRes 119) a toothless “balanced budget amendment” that does nothing other than direct Congress to balance government revenues and outlays within ten years.

(HR 2266) against providing additional federal money for hurricane relief or for fighting wild fires.
(HR 5199) to use public school money for grants to military families.
(HR 6268) to bar Internal Revenue Service employees from joining a union.
(HR 3114) to eliminate the Export Import Bank.
(HR 6213) to discourage lawsuits brought to challenge religious items or symbols in public buildings or spaces.