So what did Bloomberg have to say at the event in Tysons Corner yesterday morning? According to Politico and the Washington Post, he ripped Trump (“a complete failure of presidential leadership,” “totally incompetent management,” This is a person who should not be the president of the United States…He is way in over his head,” “Donald Trump and the nightmare on 1600 Pennsylvania Avenue,” etc.); talked about the “cynical, political stunt” of the Trump/GOP government shutdown; “ticked off a list of major national challenges that need attention: the opioid drug crisis, millions of Americans without health insurance, the proliferation of guns and gun violence, crumbling infrastructure, wage stagnation, underperforming schools, and climate change“; and not surprisingly “touted his [own] credentials for the job” of President (“This is about competence — or the lack of it. The presidency is not an entry-level job”; “We’ve gotta make sure that we offer real alternatives for 2020 — candidates that can do the work, that have training, have experience in delivering services rather than just going to rallies and giving speeches, the people that know how to manage…These jobs — whether it’s president or governor or mayor — those are executive jobs. … And we’ve gotta make sure we put up candidates that do that.”).

I thought Rep. Gerry Connolly’s comments were interesting, that while Bloomberg “brings enormous credentials and experience and authority to a possible presidential run,” the “real question…is given sort of where our party has shifted, is that something that can excite the base and can he inspire with that managerial-first approach?” That’s a good question, and I have some thoughts on it (see below), along with some quick pros and cons that spring to mind of a Bloomberg candidacy.

The bottom line is that, while Michael Bloomberg is admirable in many ways, and also has basically unlimited money, I’m not really seeing a particular path to the Democratic 2020 presidential nomination for him. The main thing is that he doesn’t consider running as an independent in 2020, which could allow Trump a path to sneak back into the White House — something the country and the planet absolutely can NOT afford. 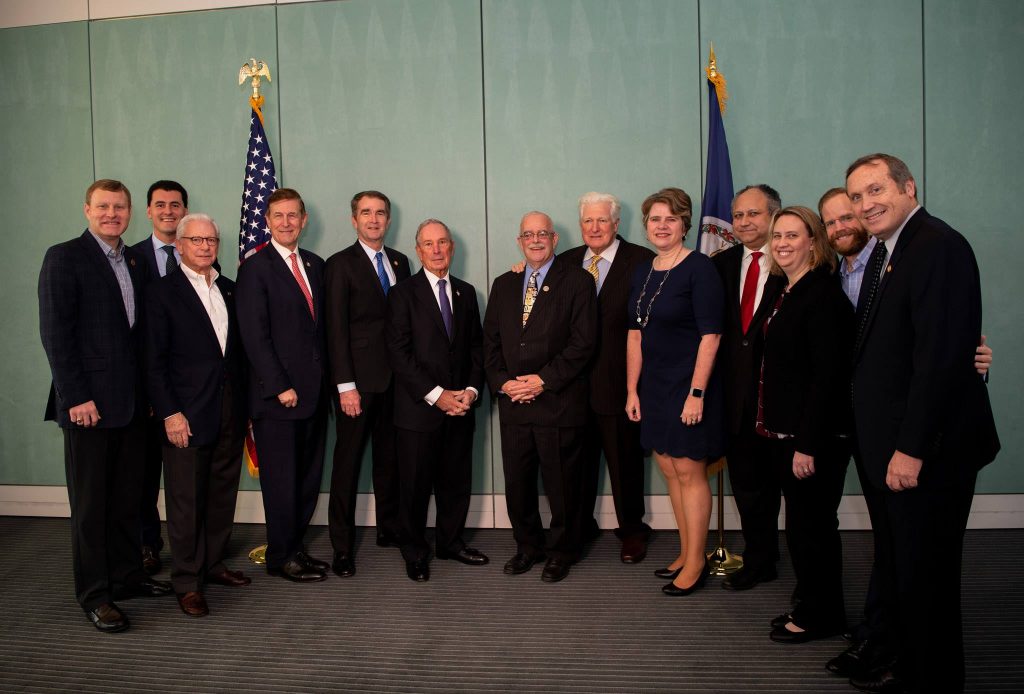 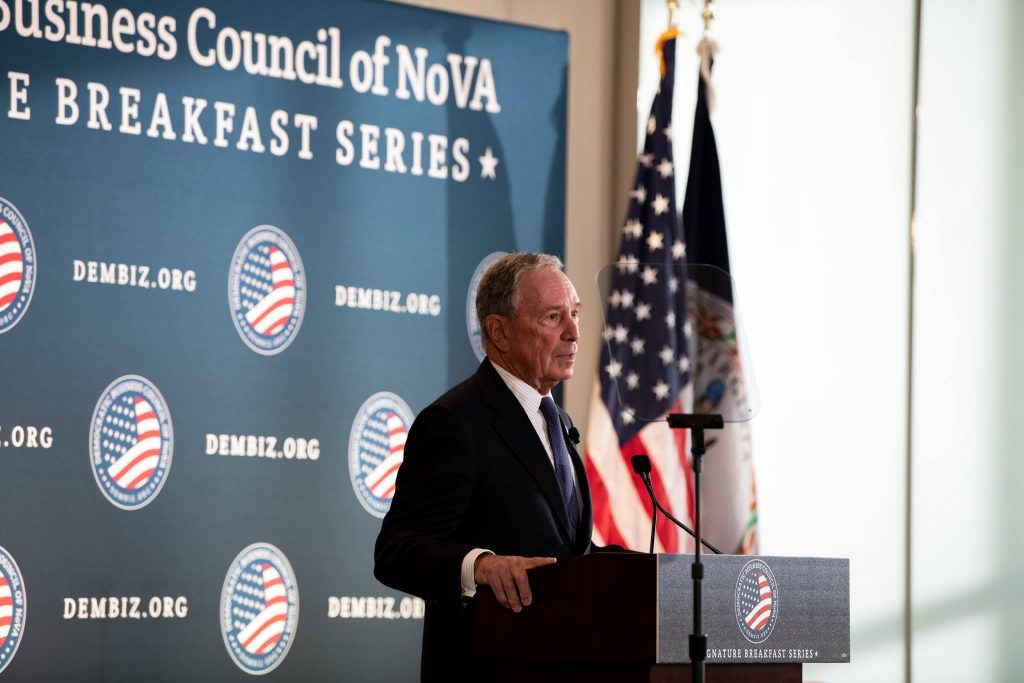 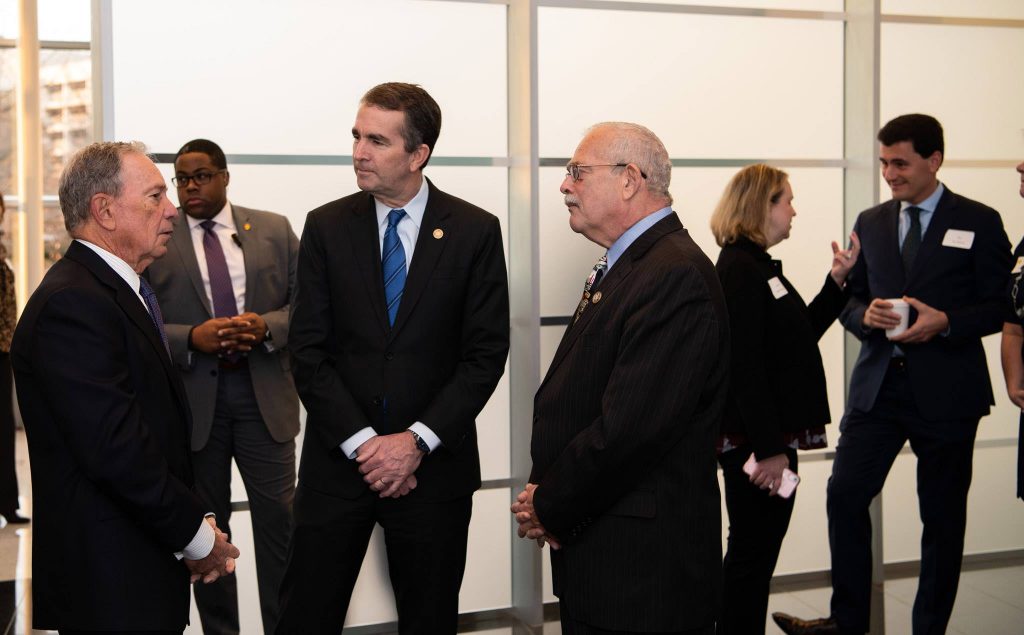 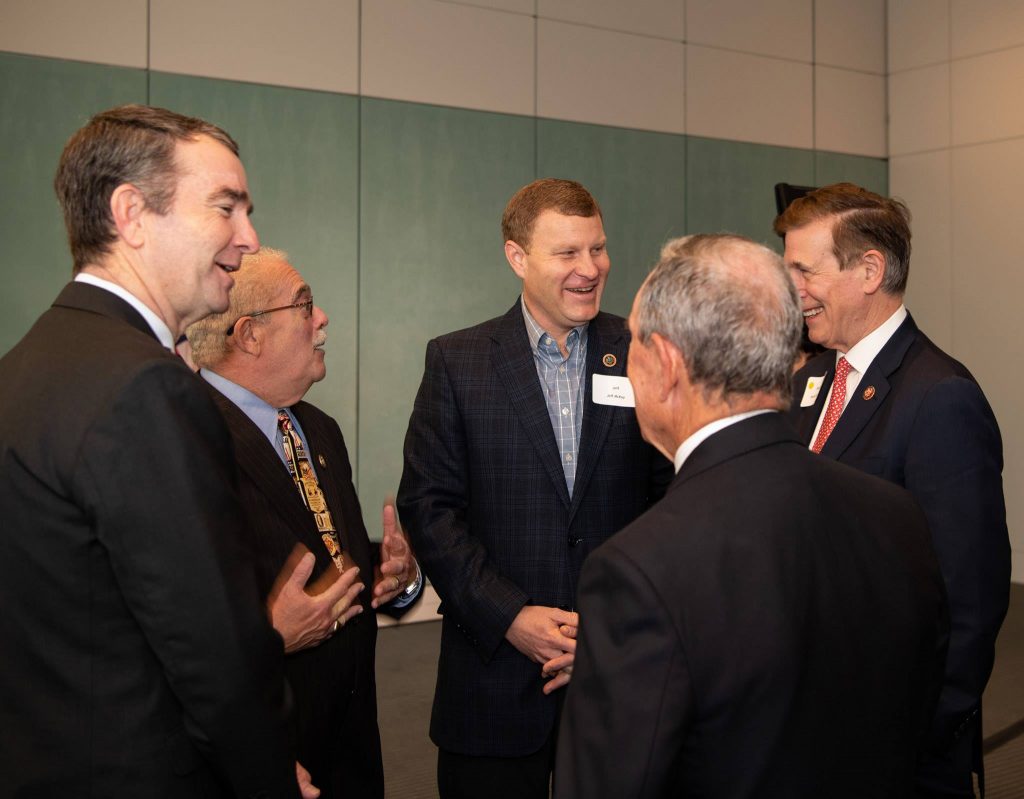 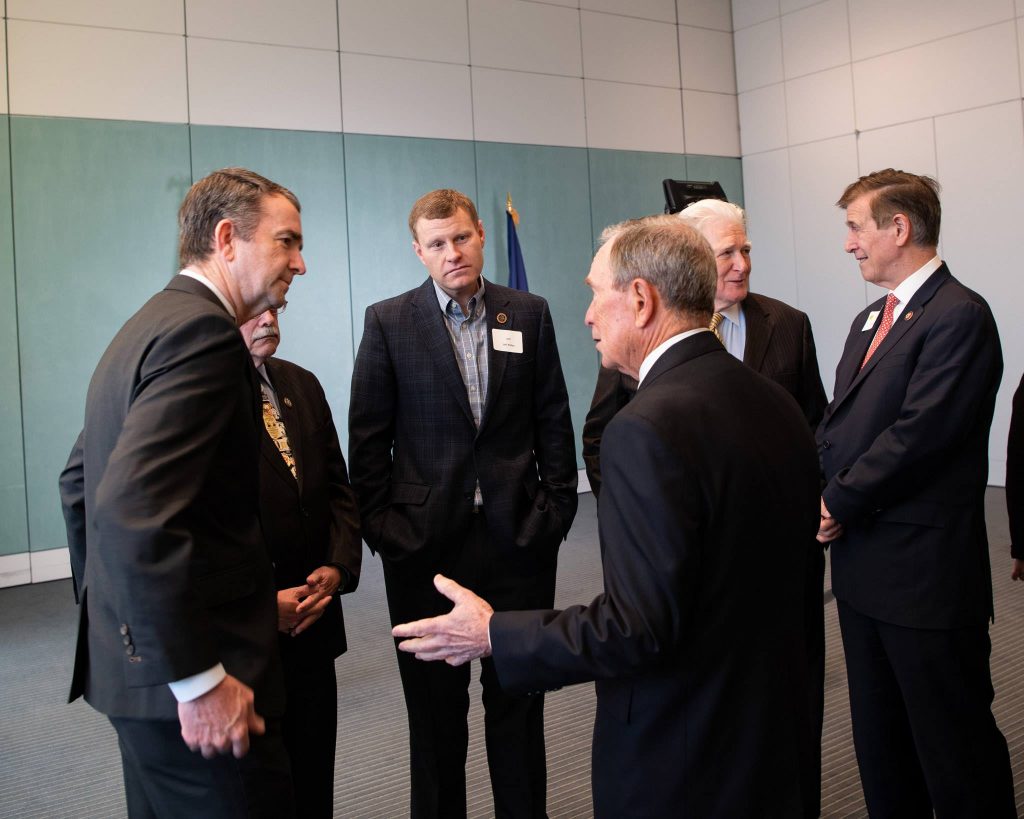 Several of the folks I’ve noted already, plus Lt. Gov. Justin Fairfax’s Chief of Staff Larry Roberts on the far right (not politically, of course – heh)

Good, let's get this done! https://bluevirginia.us/2021/04/wednesday-news-biden-plans-to-cut-emissions-at-least-in-half-by-2030-will-the-derek-chauvin-guilty-verdict-change-policing-in-america-george-w-bush-shows-how-far-the-gop-has-fallen#comment-5353465212

VA House Majority Whip @Lopez4VA, who had been backing @guzman4virginia for Lt. Governor, endorses @HalaAyala after Guzman drops out https://bluevirginia.us/2021/04/wednesday-news-biden-plans-to-cut-emissions-at-least-in-half-by-2030-will-the-derek-chauvin-guilty-verdict-change-policing-in-america-george-w-bush-shows-how-far-the-gop-has-fallen#comment-5353431381