Check out the following press release from Virginia Del. Hala Ayala. Maybe we can ratify the ERA after all, despite Virginia Republican obstinacy, ignorance, etc?

UPDATE: It looks like the Republican House Leader, Todd Gilbert, is HELL BENT on stopping the ERA from coming to a floor vote… 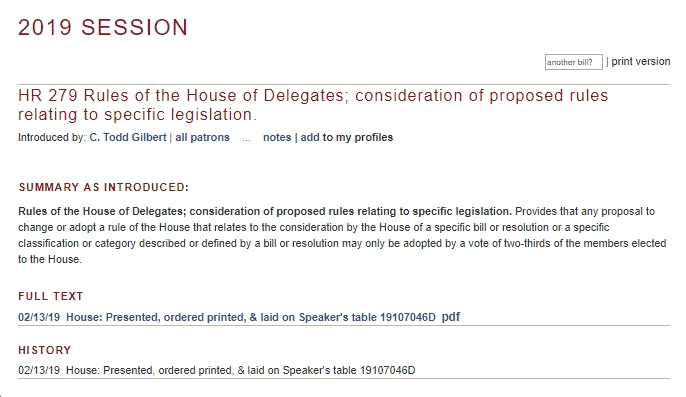 Ahead of the rules change proposal, Del. Ayala spoke at a rally in front of the Virginia State House, “No more lip service, no more empty promises, no more ‘I respect you by shaking your hand.’ Respect will be shown when we gain equality in the Constitution…To my Republican colleagues, if you believe and stand with women, you will vote for women.”

“This is an extraordinary measure for an extraordinary situation. The Equal Rights Amendment is a bipartisan issue, with overwhelming popular support, and it is far past time for our voices to be heard,” states Del. Ayala, “Now is not the moment to shy away from correcting the historical exclusion of women and girls from our Constitution. Now is the time to stand up, and speak out.”

You can view more of Del. Ayala’s speech here.

If you believe and you stand with women, you will vote for women! #ERAnow #ERA #ERAYES pic.twitter.com/BntooShRKp

Hala Ayala represents the 51st District in the Virginia House of Delegates, where she is the chief co-patron to HJ 579, which ratifies the Equal Rights Amendment in the US Constitution. She is a cybersecurity specialist and a single mom.

Audio: VA Sec. Public Safety Brian Moran Says Secret Recording “Unnerving" (Adds that murderer of police officer was definitely a "bad guy" in 1980, but in deciding about parole, "you have to at least include some of the stuff over the last 40 years") https://bluevirginia.us/2021/04/audio-va-secretary-of-public-safety-brian-moran-says-secret-recording-unnerving-but-reinforces-what-ive-been-saying-all-along