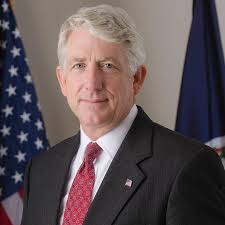 So what was the media’s verdict? BOTH SIDES ARE GUILTY OF SCANDALS, SO HOW COULD YOU POSSIBLY JUDGE WHICH ONE IS BETTER OR WORSE? And hence we ended up in America’s current disaster of Mad King Donald.

The way to avoid making awful mistakes over and over again is to learn from the ones you made before. Which brings us to The Great Virginia Dumpster Fire of 2019.

I fully recognize the temptation to turn away, to not want to engage or hear any more, to roll up in fetal position, sucking your thumb, waiting for this all to pass. Yep, that’s what too many of us did in 2016.

But no – when facing a crisis, we all need to take a deep breath, keep our wits about us, observe the actual facts of the situation, keep thinking and then make reasoned judgments. When good people just throw their hands up in the air and surrender, they cede the high ground to vultures with very bad intentions.

For this reason, I do NOT agree that the revelation in Virginia of Attorney General Mark Herring admitting to once applying blackface as a 19-year-old undergraduate, dressing up as a rapper at a party, makes his behavior perfectly equal to that of Governor Ralph Northam, under fire for putting a still unexplained blackface/KKK picture on his medical school yearbook page.

Indulge me for a moment here – ignore the All Scandals Are Equal standard and use your eyes, ears and brains to actually process and reach conclusions about what’s going on here. Consider the following differences between these two situations:

You can agree or disagree with my take – but don’t waste my time or yours with responses that do not involve examining the facts and making reasoned, independent judgements. We cannot afford to undo all the hard work Democrats have undertaken over the last decade in Virginia – building up a party to champion the needs of workers and the middle class, opening up the doors of opportunity to everyone regardless of race, religion, gender, etc., preserving an environment for younger generations to enjoy – in a fit of angst during which we throw up our hands and refuse to do the hard work of distinguishing right from wrong, or better from worse.

Think, judge, decide – and fight. Your efforts are needed at moments of painful crisis like we confront today more than at any other time.