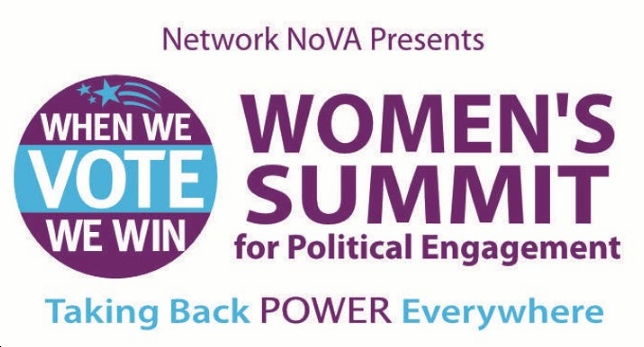 Since the election of Trump, a grassroots coalition has formed in Virginia that has been immensely effective at flipping seats from red to blue. In 2017, we flipped 15 seats. This past year in 2018, we sent three women to the U.S.Congress. In both cases, we made history in Virginia. We vowed that in 2019, we would take back power and send the Republicans packing. With the wind at our back going into this election season, it drastically changed direction. After two years of working our asses off in the grassroots to elect Democrats – especially women and diverse candidates to office – we are struggling with the reality that the top Democratic leadership’s ability to govern and campaign for our values are seriously in question – and the Republicans are licking their chops. It was the ultimate one, two, three punch. For African Americans, it opened raw wounds and confirmed that racism indeed is not bound by one party alone.

The top leadership may be in turmoil, but the grassroots remains active and is still fighting. We are working daily without pay or official status to win back the majority in Virginia because we believe our country’s democracy is as stake. We continue because the Republicans have vetoed, killed, denied, undermined all and any reasonable gun safety laws at the expense of our kids and decency; and we maintain the pressure on liberty and freedom because the Republicans have neglected the health care of thousands of Virginians, pay equity for women, and minimum wage increases for workers. We know that taking back power will allow bills to come to the floor to be debated – and voted on – that is all we want – our voices to be heard. But with the Republicans in control, they ignore the will of the 81% of Virginians by refusing to even allow a vote on the Equal Rights Amendment. This backward “grand” party stated unequivocally that women do not require their rights to be on paper – that God says we are equal and that should be enough. After years of trying to get a floor vote on the ERA, the Republicans kill the process – they tell adult women that we don’t matter – our rights don’t need to be in stone. GOP leadership refer to women as “host bodies” when speaking of our worth as women. We aren’t even human beings but hosts to be controlled, and if necessary, imprisoned or probed. The GOP denies LGBTQ rights in our state by refusing to uphold protections under the law that provides protections for discrimination against citizens that may be transgender or gay. The GOP controlled legislature celebrated treasonous historic figures like Robert E. Lee and Stonewall Jackson. This is their “heritage” they celebrated after the Nazi’s and the KKK marched into Charlottesville, Virginia ending in the killing of a young activist. With so much at stake, we have to keep on working for change in Virginia. We have to believe the WE THE PEOPLE represent our democratic values, not necessarily the folks in office.

So now what? Do we give up the fight in light of our wounded leadership? No, we fight even harder. Because we know that elected officials are people – they have failings, imperfections, and shortcomings. However, our democracy must not – and that is why we continue to organize, we continue to step up to run for office, we continue to strategize to win. It is our values of supporting human rights, equal rights, justice reform, immigration protections, health care, environmental stewardship, innovation, economic and education investments – -we believe in the people over profits. The irony is that Virginia is the birthplace of democracy and of slavery. However, even with all the imperfections and blemishes, Virginia hopefully will be the place that our democracy is restored. We will set the stage for 2020.

Here is the catch: We are fighting the good fight – but we need support. We need investments in our work and our ideas. We have proven that the way forward is from the bottom up – not the top down. We have listened to the rhetoric on the TV shows about how great the grassroots women are that are stepping up to lead, to run for office, to organize and mobilize people to vote, canvass and fundraise. We wrote over 350,000 postcards last year alone to voters. The pundits, the elected, the top leaders in the DNC and heads of Democratic foundations all say, “ain’t these women great!” But when we come to ask for sponsorship for our most important event to support the grassroots called the Women’s Summit – they go quiet or politely nod, or better yet, ignore our calls and letters. They give you “atta girl” but no big investment.

We had over 800 activists at our last Summit and all the Congressional candidates on stage. That Summit produced the focus, the momentum and the energy we needed to continue to organize and to get out the vote. This June 2019, Network NoVA is holding the Women’s Summit again. We are inviting all Democrats on the ballot in Virginia plus all the primary winners running for local office. We hope to have over 800 attendees again so we are ready to finally take back power everywhere in 2019. This year, we even invited the “fabulous five” women running for President to join us for the BadAss Breakfast to set the vision for 2020! We have the answer for how to continue the progress in Virginia – we believe it is investing in the women who are making a difference. We believe that the Women’s Summit is a catalyst for change in politics are usual as it actually is organized by women and is designed to support the grassroots by energizing, engaging, educating, empowering, connecting and informing activists and the candidates together.

But we need help – yes, financial investment. We need more people like you, more organizations who value advocacy and civic participation, to invest in our work, especially now with so much hanging in the balance. After we win, we plan to march into 2020 to the White House to take out the cancer that is eating our country’s democracy. The grassroots women are the cure for this disease. We are leading the way forward in Virginia despite the head winds and the lack of attention.

No need to wait for a knight in shining armor to save the day because the badass women in the Virginia grassroots will do whatever it takes – we get things done, with or without money. But damn, it would make a difference in how we operated – we would put it to use to pay for scholarship for those who can’t afford to attend our Summit – or to pay for printing, badges, food/beverage & AV equipment. So, when you plop down to watch the news or eyeball your mobile for the latest updates on the Trump confederacy – know you have a secret weapon out here – she is working into the night to figure out how to save our country from the slow drip of dictatorship over democracy. Consider writing her a check to invest in what is actually making a difference. With your help, we will take back power by flipping a few more seats. We may actually be able to get some important bills passed and throw out the many hateful laws on the books penned by the Republican majority. What do you got to lose? Everything. So yes, invest in us today!

Check out the Women’s Summit for Political Engagement at http://networknova.org.