On the 12-year anniversary of the Virginia Tech shootings, during which 32 people were killed and 33 wounded by one guy with a .22-caliber Walther P22 semi-automatic handgun and a 9 mm semi-automatic Glock 19 handgun, the even-more-extreme-than-the-NRA, pro-gun Virginia Citizens Defense League (VCDL) released its 2019 Virginia legislative scorecard. As a quick reminder of who the VCDL is and what they’re all about, see Video: Sacha Baron Cohen Gets Virginia Citizens Defense League President in Animated Children’s Video with “Gunimals,” Nursery Rhyme “about the best part of the body to strike” (“Aim at the head, shoulders, not the toes, not the toes”) and “Return of the ‘Gunimals’”: Liberal Women of Chesterfield County Mock the “Virginia Citizens Defense League”. ‘Nuff said.

Also note that some Republicans I’ve heard referred to (absurdly) as “moderates” (whatever that’s supposed to mean in the Party of Trump!) certainly don’t *look* like “moderates” based on the VCDL scorecard. For instance…Sen. Siobhan Dunnavant, who masquerades as a “moderate,” scores 100% from the VCDL. Same with Sen. Jill Vogel. As for Sen. Glen Sturtevant, representing a solid-blue district (Northam won it by 15 points in 2017!), he gets a not-quite-perfect-but-still-very-high 88% from the VCDL. “Moderate?” Don’t *think* so! On the House of Delegates side, I’d just point to a few Republicans in highly vulnerable (“blue” or “purple”) districts who got 100% scores by VCDL: Tim Hugo, Chris Jones, Rob Bloxom, Glenn Davis, David Yancey, Christ Stolle,  Bob Thomas, etc. All of those guys clearly need to be defeated this November. Unless, that is, you’re really into “gunimals” and stuff…heh. 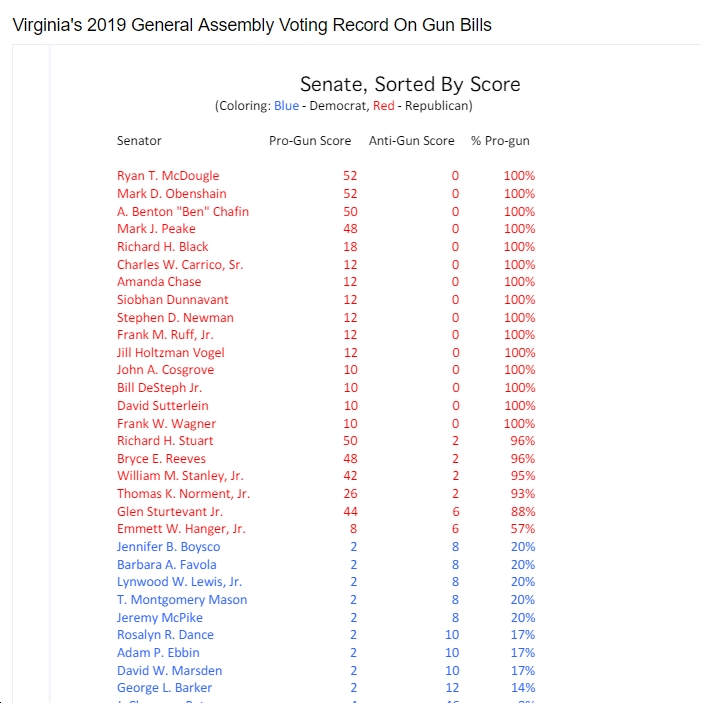 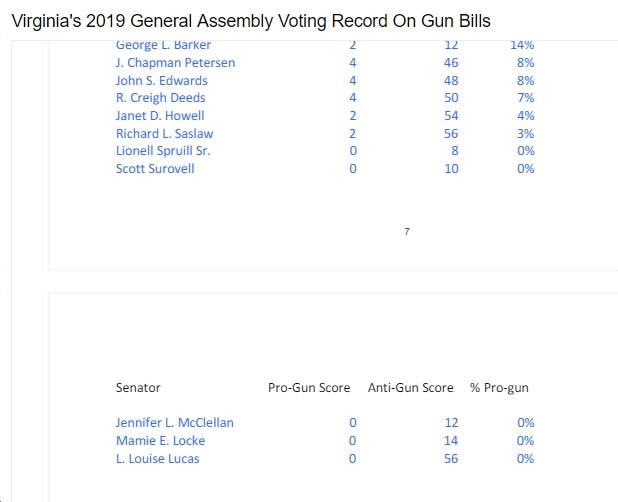 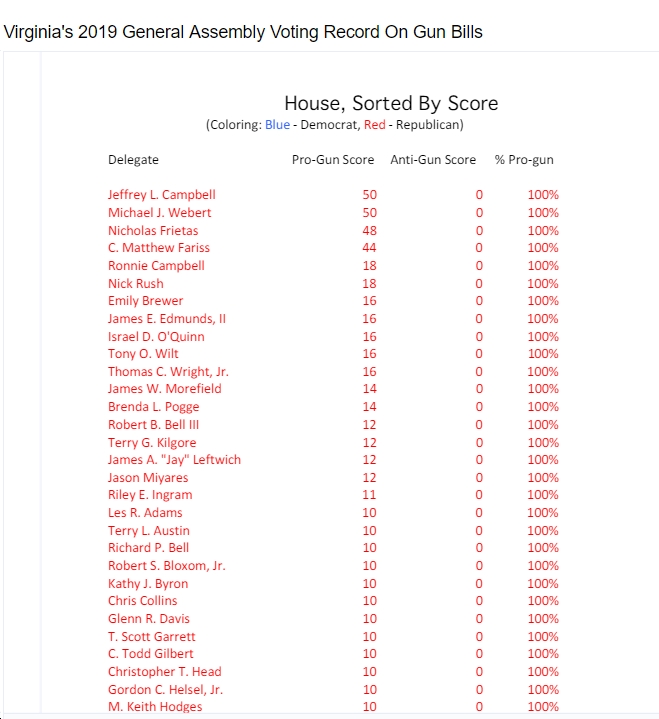 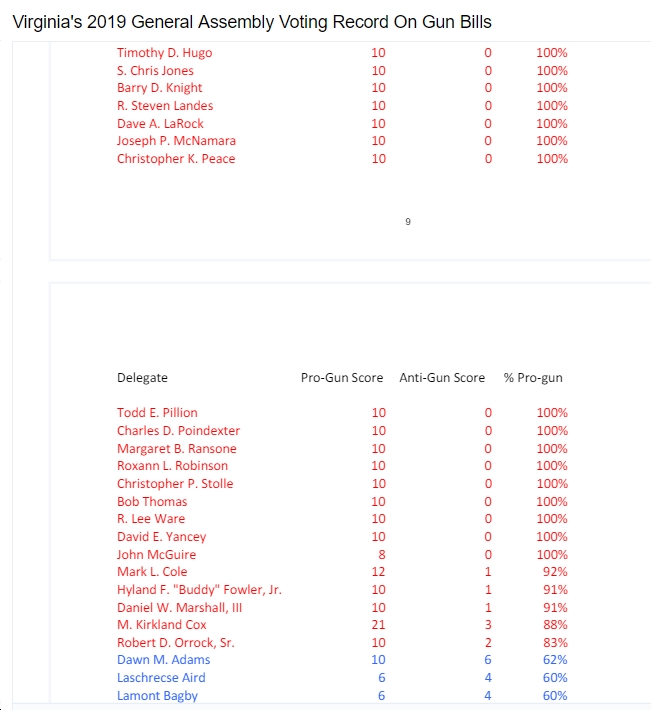 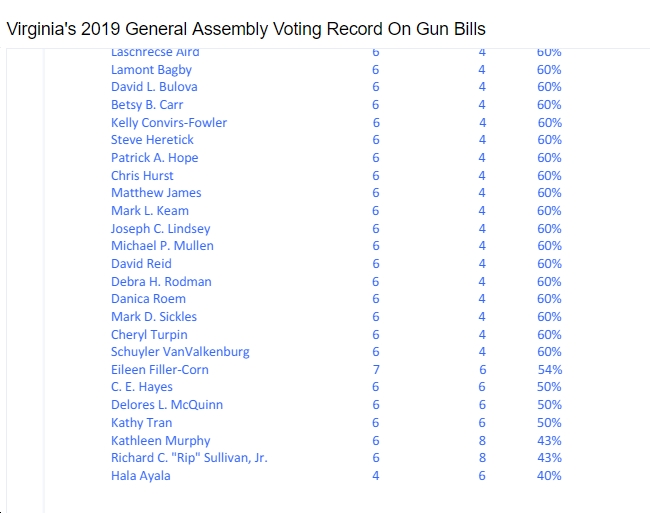 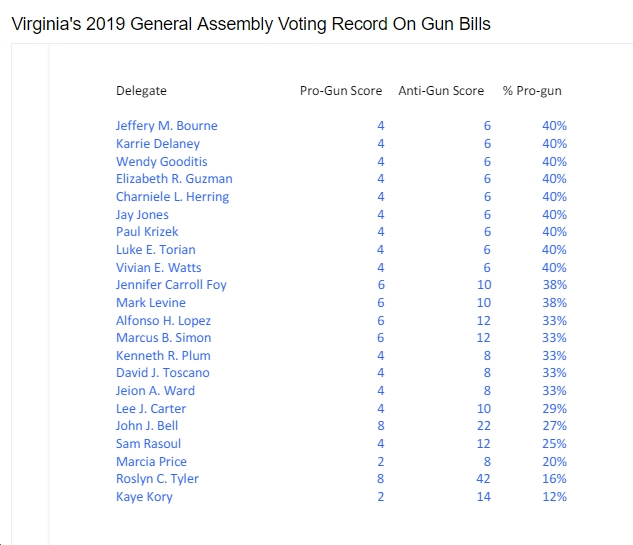 Thoughts on this, @JenKiggans? Another question you will refuse to answer, run away from reporters, etc? https://bluevirginia.us/2022/11/tuesday-news-iran-us-world-cup-clash-rife-with-political-tension-trump-brought-nazis-into-the-gop-desantis-wont-expel-them-the-gops-sickness-is-far-worse-than-a-trum#comment-6052841063 h/t @lawindsor

No question, Rep. McEachin was a passionate and effective social and enviro justice champion. https://bluevirginia.us/2022/11/rest-in-peace-rep-donald-mceachin-d-va04-a-gentle-giant-a-compassionate-champion-for-underdogs-a-climate-warrior-a-christian-example-an-understanding-dad-a-proud-husband-a-loyal-brother#comment-6052835816