More excellent analysis by Chaz Nuttycombe, this time of SD-10 (Chesterfield County, Richmond City, Powhatan County; 57% Northam district), which is currently (mis)represented by State Sen. Glen Sturtevant (R). The three Democratic candidates in the June 11 primary are Ghazala Hashmi (who I’ve endorsed – see here), Eileen Bedell and Zachary Brown, and obviously any of them would be better than phony “moderate” Sturtevant, who: received a ZERO rating from NARAL Pro-Choice Virginia in 2018, for being horrendous when it comes to womens’ reproductive health and freedom; got 80%-96% ratings from the NRA and Virginia Citizens Defense League (VCDL); voted against raising the minimum wage to $10 an hour; oted against a bill that “would have added sexual orientation and gender identity to the state’s hate crimes law”; supported crazy extremist/bigot Ken Cuccinelli for the Virginia Supreme Court (!); etc; etc.

As for Chaz’s analysis, I agree with it other than Sturtevant being in any way/shape/form a “moderate.” Other than that, great analysis. I would say that the only reason SD-10 isn’t the #1 bet “flip opportunity for Democrats in the State Senate” is that it’s not an open seat, as is SD-13, which is being vacated by far-right/Bashar Assad-loving State Sen. Dick Black (R).  Bottom line: we absolutely can and should win SD-10, along with SD-13 and hopefully a few more, this November, which will result in Democrats taking back the State Senate (currently at 21-19 Republican), hopefully by a comfortable margin. 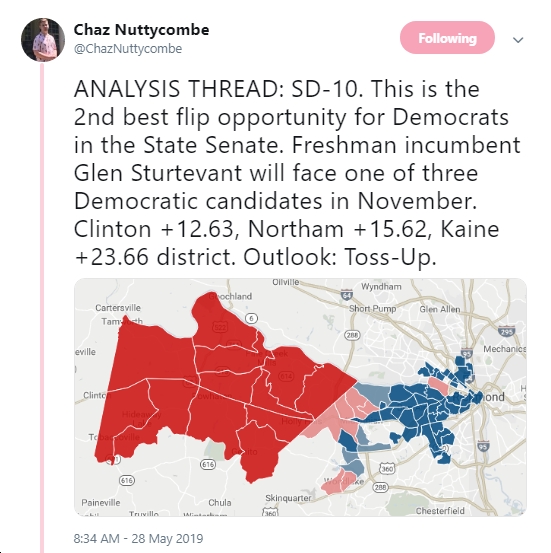 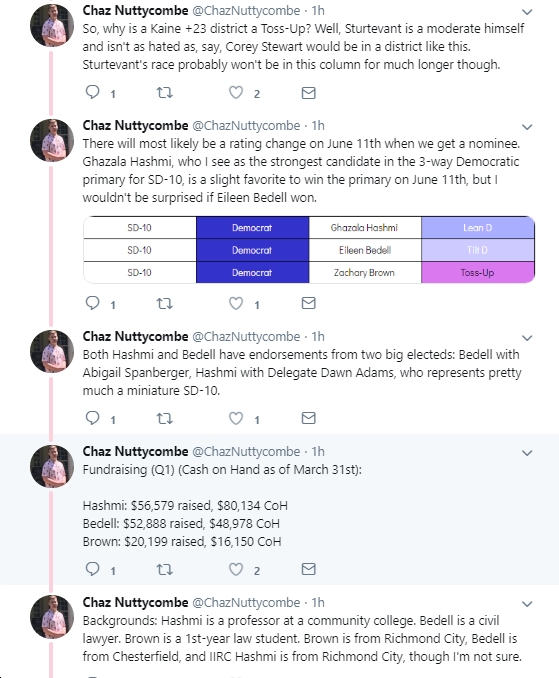 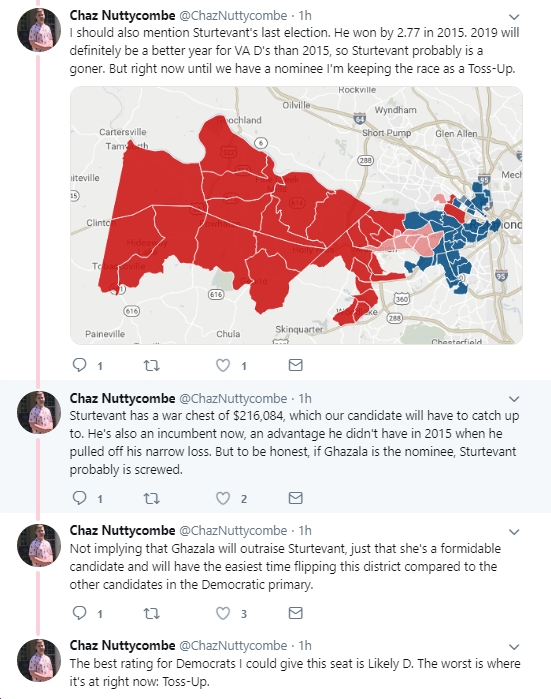