See Chaz Nuttycombe‘s latest analysis, of HD42 in southern Fairfax County, below. Personally, I’d argue that Del. Kathy Tran is not in any serious jeopardy of losing her seat at this point – “Safe D,” in other words – as much as Republicans have attempted, completely untruthfully and unfairly, to turn her into some sort of villain. If anything, with Republicans in Alabama, Georgia, Missouri, etc. waging total war on women’s reproductive freedom, and with a massive backlash by the pro-choice majority brewing, it’s more likely at this point that the abortion issue will be a net NEGATIVE for Virginia Republicans this November than a net POSITIVE. And that most certainly includes suburban jurisdictions like Fairfax County, where the percentage of voters who want to outlaw abortion is miniscule. 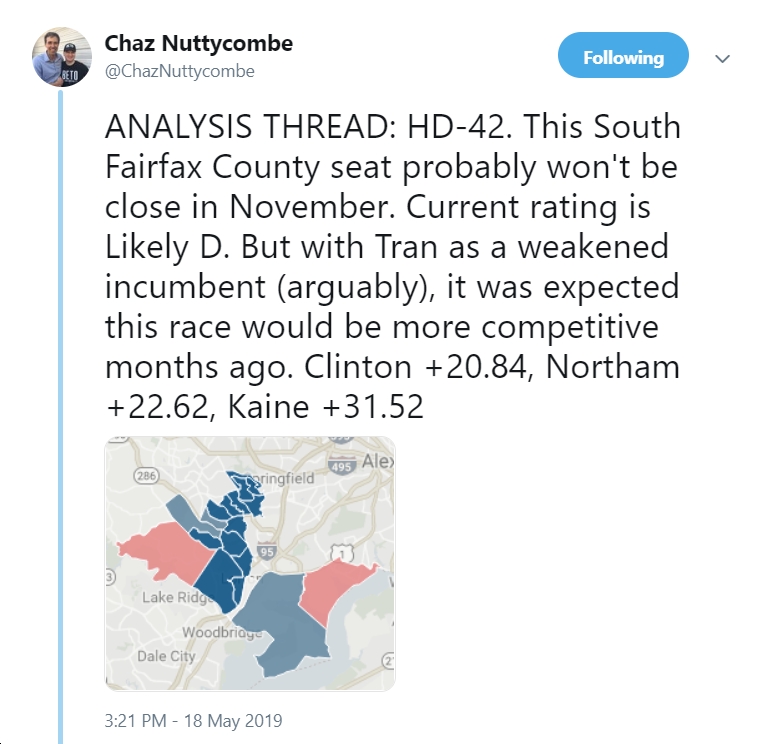 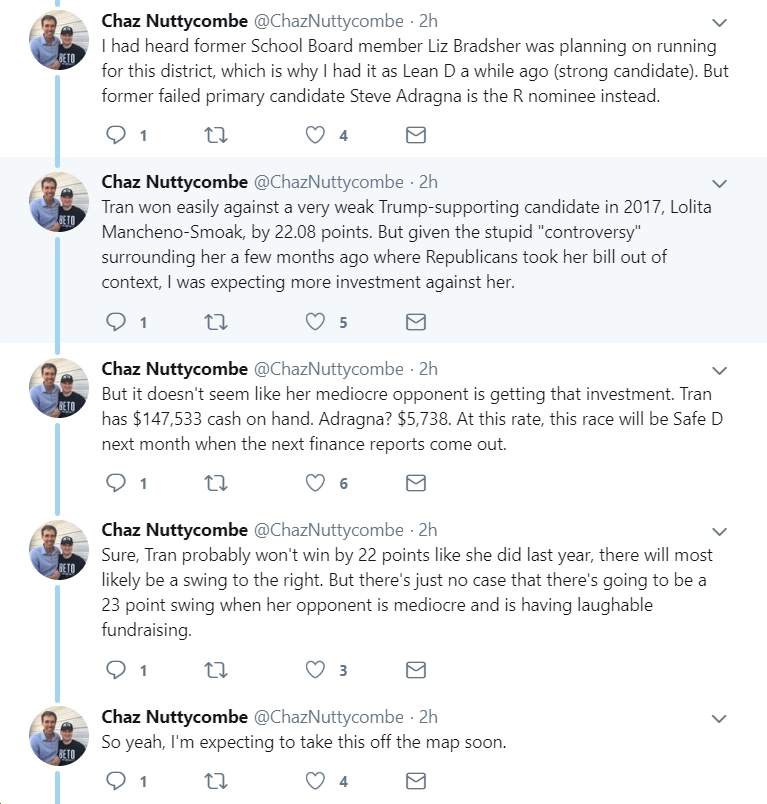 Map of 96 Confederate Monuments in Virginia