First Amendment rights are there to used or, potentially a real risk amid the #CultOfTrump, to be lost amid silence implying complicity with mounting authoritarianism.  Freedom of Speech can be leveraged in many ways. One intriguing and relatively little leveraged way: freeway blogging.  A simple definition: placing signs, about public policy issues, along freeways.

Patrick Randall has been perhaps the nation’s most prolific freeway blogger, with literally 1000s (probably 10,000s) of signs seen by (tens of) millions since his first ‘sign’ put up as the Supreme Court anointed George W. Bush President. As per a 2017 LA Times interview,

It was “1776-2000, R.I.P.,” and it was actually spray-painted on a mattress that I leaned up against a palm tree and then saw was still leaning there the next day, which struck me because at least 7,000 or 8,000 cars had passed by, any one of whom could have just pulled over, walked 20 feet and knocked the thing over.

And that’s when I realized how it had stayed up: Everyone passed by thinking the next guy would take care of it. Once I had that little epiphany, I realized there’s some power in this.

For me, the Freeway Blogger became someone to pay attention to with his early 2000s ‘blogging’ about climate change. Sign word and image limitations is sort of like good elevator speech development: how to transmit a memorable message about an important issue when you only have a few seconds of time. If you think telling kids there’s no Santa is hard,
Try telling them there’s no North Pole. 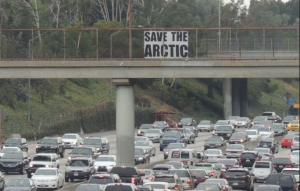 While Randall’s work is primarily in California, he’s been taking a road trip across the nation. He is now in Northern Virginia. If you commute on I-66, I-95, I-495, or …, you just might have seen his handiwork in recent days.

Up now on the beltway & I-95 north.
I think it'd take about five of us 2 or 3 days to cover every major route in and out of Washington DC.#ImpeachTrump #ArrestBarr #FirstAmendment #HowTo #MakeSigns pic.twitter.com/N7PmE2VFaT

Lawmakers in Washington aren't going to do what we want unless we demand that they do.

This should get a bunch of them coming from the east.
Up now on I-95 Northbound#ArrestBarr #ImpeachTrump #FirstAmendment #FreeSpeech
Thanks to @UNSEATpac
Join me. https://t.co/Q1RnsMtnOC pic.twitter.com/bDGP269kZG

For more about his DC trip (including emergency financial challenge(s), see My visit to our nation’s capital.

Now, Randall is as close as one gets to a “professional” freeway blogger. He has the ‘act’ down pat. As per the tweet above, he would far prefer to be less isolated and has developed a quite substantive “how-to-guide” for any would-be freeway blogger.

And, there are indications that he isn’t quite alone in the DC freeway blogging environment.  Seen over I-495 near Tyson’s Corner the other day was a simple, straightforward call on the House of Representatives to do their Constitutional duty and 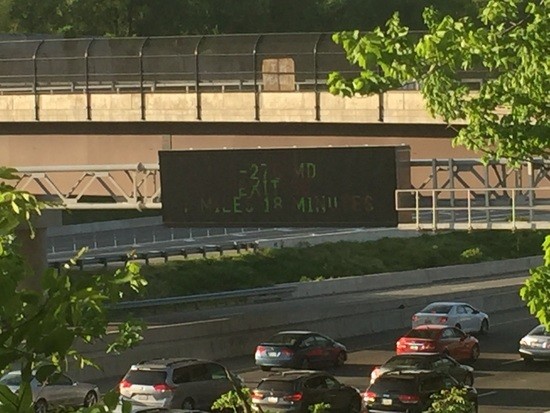 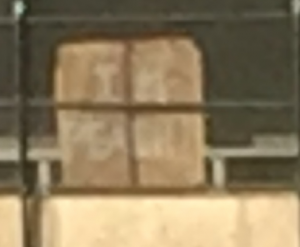 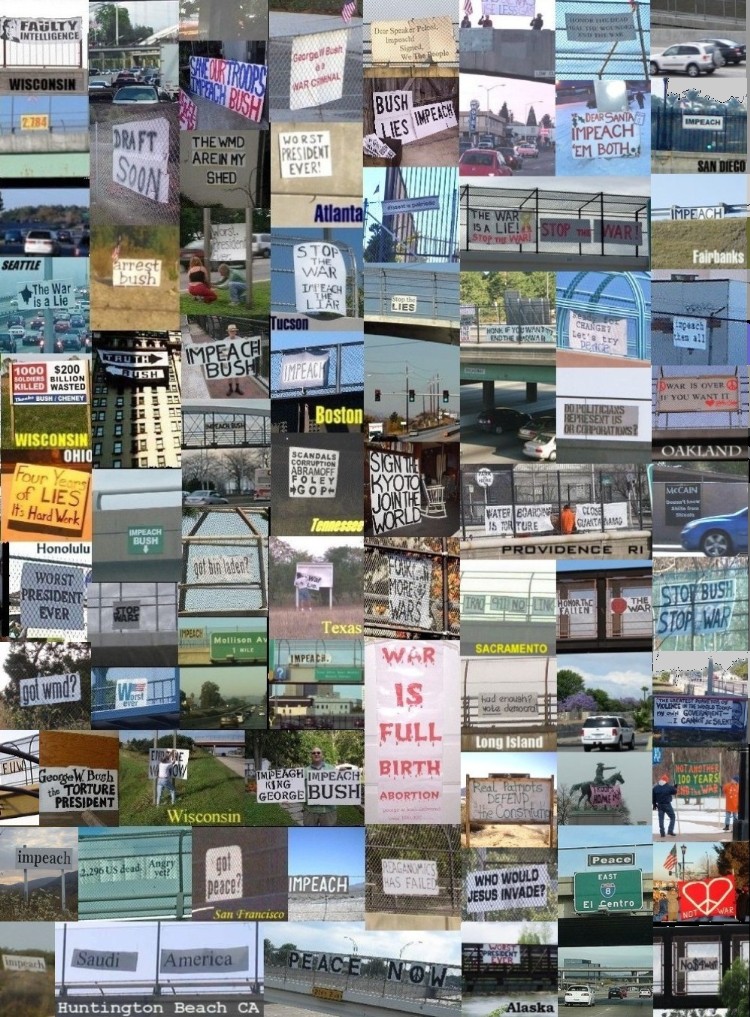 Georgetown Prof. Thomas Zimmer: After “Punching Down” at Student Newspaper, Feeding the “Moral Panic” Over Mike Pence Being “Cancelled” at UVA, the WaPo Should...

BREAKING: Governor Youngkin Sued By Over A Dozen Media Organizations For Hiding Records and Refusing to Release “Tip Line” Emails in Violation of FOIA...