Dominion Energy lies constantly, but its latest lie is so wild, so blatant, in paid advertising no less, that it deserves to be called out in its own, separate tweets and blog post.

So…see below for Dominion’s wild, blatant lie about its power generation mix, and note that in fact, only around 39% at most of Dominion’s power generation can be considered “clean” (note: whether biomass is clean is highly debatable, and obviously there are issues with hydro and nuclear as well, but no sense arguing about that in this blog post).  The rest is dirty, polluting fossil fuels – filthy coal (26.5%), which is the worst of the worst, obviously; natural gas (33.6%), which could be as bad as coal on balance, given emissions of super-potent greenhouse gas methane during the (water-intensive, polluting) fracking process.

Also see below for Clean Virginia and Del. Paul Krizek (D-Fairfax) calling out Dominion for its lies. According to Krizek, this is “blatantly false advertising,” and he is “disappointed in the power company.” I agree, except I’m not “disappointed” in the sense of being at all surprised, since Dominion has been blatantly lying, in a whole bunch of ways (e.g., in their “self-dealing,” b.s. rationale for the Atlantic Coast Pipeline) for years. And, sadly, Dominion has a bunch of Republicans and even some Democrats (e.g., Terry McAuliffe, Dick Saslaw) willing to broadcast their Big Lie propaganda, apparently in exchange for corrupt campaign cash. As always, gotta love the “Virginia Way,” huh? But yeah, it’s really time to crack down on this rogue, out-of-control, “state-regulated” monopoly utility. Or hell, just break it up and/or replace it with other power companies that can and will do a lot better job than this monstrosity. 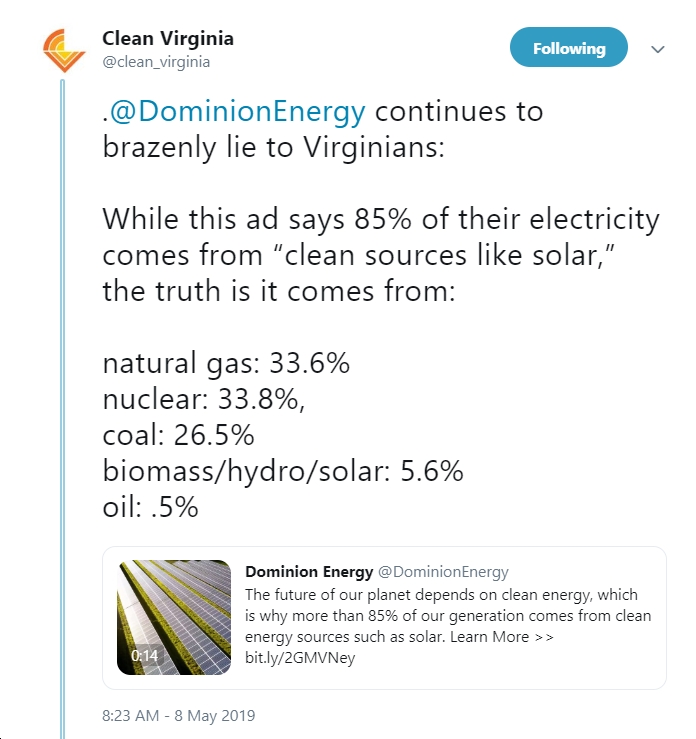 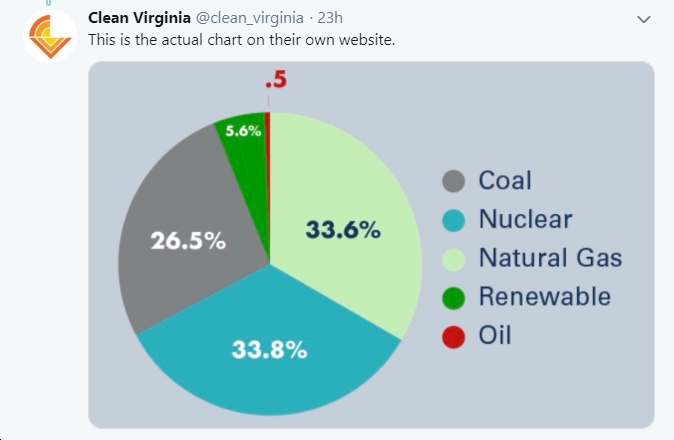 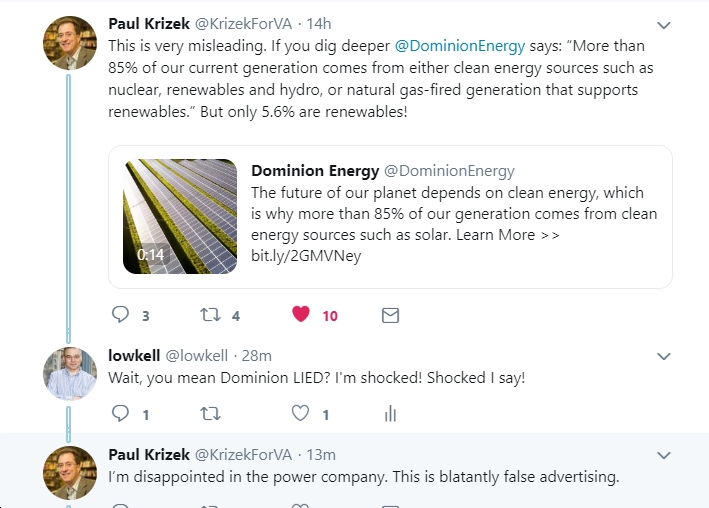