It’s part of my job at the Fairfax County Democratic Committee to check up on the opposition from time to time. So today, I read that according to the Suburban Virginia Republican Coalition (the org that split off from the Fairfax Republicans), a candidate named Ed Martin is running for Dranesville District Supervisor to challenge incumbent Democratic Fairfax County Supervisor John Foust.

Now, there’s no website or photo yet of Mr. Martin, and there are lots of Ed Martins out there, but there is only one Ed Martin registered to vote in the Dranesville District.  This Ed Martin just registered to vote last year, before the midterms.  Web searches reveal a lot more.  The State Corporation Commission website indicates that Mr. Martin has registered an organization called “Phyllis Schlafly’s American Eagles” at his Great Falls address.

This Ed Martin touts himself as the heir to the Phyllis Schlafly organization, as he has been part of many anti-abortion groups over the years.  If you look at his twitter bio, you can see he’s a real piece of work.  For starters, Martin is as pro-Trump as they come. 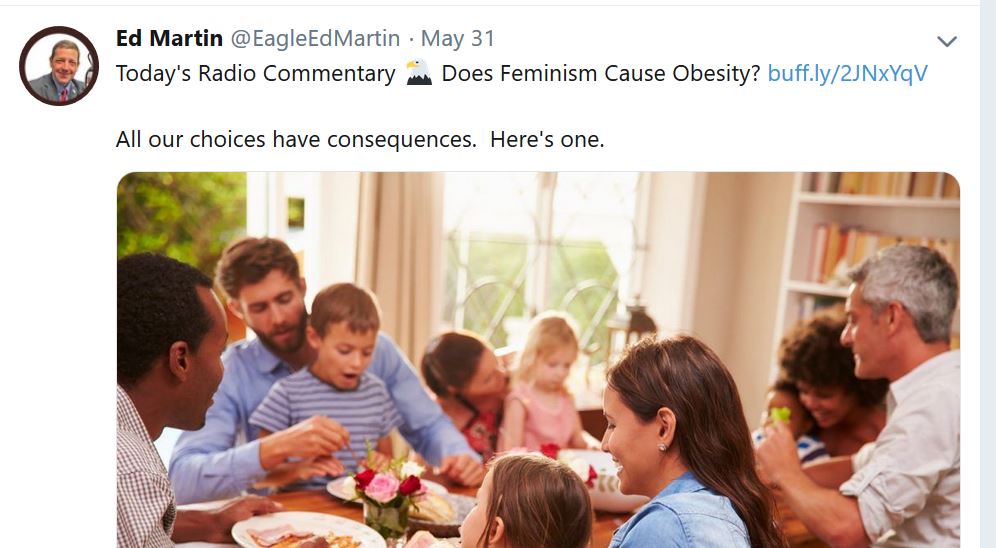 Additionally, Martin is the author of several books including “Can’t Trump This 2017: Top Trump Wins & Epic Speeches,” and a number of Trump coloring books such as “Can’t Trump This COVFEFE: Top Trump Tweets” and “Covfefe – Patriot or Traitor” Comic Coloring & Activity Book with Song” (yes there’s a song, you can listen to it here). 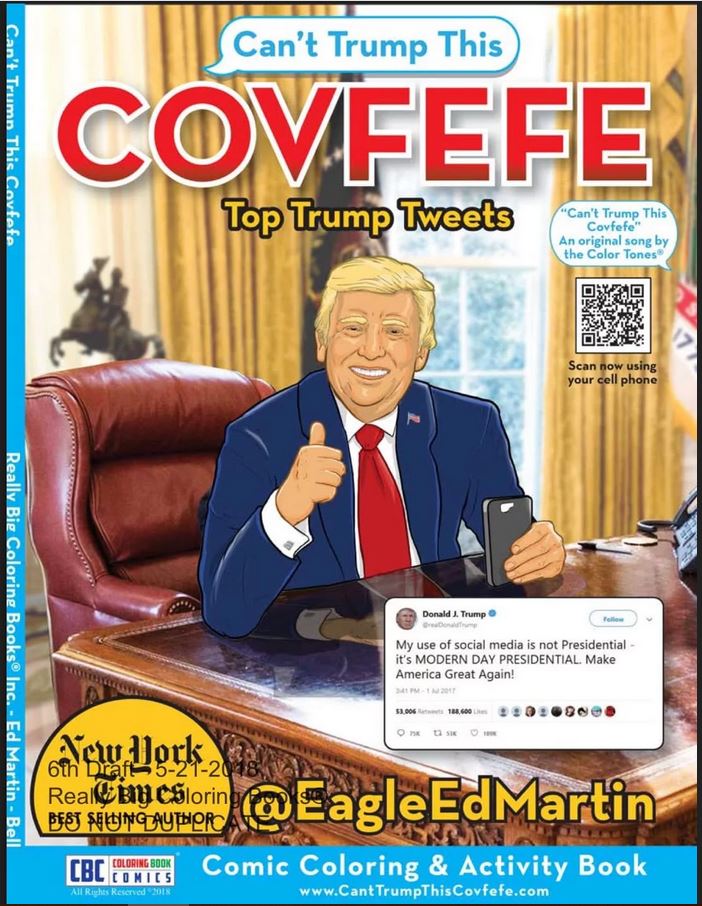 Previously, Martin was Chief of Staff to Missouri Governor Matt Blunt (R), and according to Democracy in Action:

“…was the Republican nominee for Congress in MO-3 in 2010, losing to Russ Carnahan. In 2012 he started as a candidate for U.S. Senate, switched to run for U.S. House in MO-2, and finally settled on the run for AG, losing to incumbent Chris Koster. Martin was elected [Missouri Republican Party] chair in a very close vote, defeating the incumbent David Cole by a vote of 34-32 in the second round of voting.”

So, I guess it’s not surprising that Martin would have his sights set on elective office, considering all the times he’s run before. The biggest question is, will Martin’s connections in the anti-abortion movement and beyond make him a formidable candidate, or will the voters of Dranesville see Martin as an absolute nutjob and a carpetbagger who just moved to Virginia a few months ago — and instead entrust John Foust (the only candidate with actual, deep Fairfax County experience) with another term? Let’s make sure the latter ends up being the case.

Video: “These are the types of deplorables that Governor Youngkin will attempt to stack our School Boards with. Beware.”