“Frankly, my dear, I don’t give a damn,” Rhett responded to the pleas of Scarlett O’Hara. The reply would likely be echoed were a news report to carry a story about a strike by executives or CEOs at any major company. Yet, when workers who staff the catering companies for airlines threaten labor action for higher wages, it’s headline news.

Recently, some Virginia newspapers published data secured under the Freedom of Information Act about salaries of state agencies, including public institutions of higher education, showing that the median salary for 104,722 employees was $46,275. A minimum wage worker earning $7.25 per hour earns about $15,000 per year, less than  1/3 that of the state employee. The top 25 state employees earn a range of $500+K to $853,000 per year.  The current poverty threshold is $16,910 per individual per annum.  And it was only in 2018 that Virginia removed Jim Crow-era minimum-wage exclusions for a category of workers including news and shoeshine boys and doormen.

At the same time that such disparate wage differentials exist, the Commonwealth maintains a public policy that prohibits public-sector employees from collective bargaining, along with a right to work statute on the books since 1947. The state legislation was spawned by passage of the Labor Management Relations Act (aka Taft-Hartley) in response to a wave of strikes by unions seeking better wages and conditions following years of inaction during WW II.

Fairfax County is home to the National Right to Work Legal Defense Foundation (NRW), a not-for-profit organization that prides itself on participating in nationwide efforts to forestall the establishment of unions in workplaces. While NRW boasts of its mission to stop “forced unionism,” it maintains a staff of 20 lawyers who belong to the Virginia Bar Association, which requires payment of annual membership and client protection fund fees as well as holding liability insurance. It would seem that such forced organizational requirements to practice one’s trade are acceptable for lawyers but not for others.

Corporate executives often employ compensation consultants to advise boards of directors on establishing executive compensation. Workers traditionally organized as members of labor organizations to bargain for wage rates, benefits, and working conditions. Yet the public policy of many state jurisdictions precludes public employees from such bargaining and forbids the collection of dues by labor organizations and requirements that workers belong to the union. At the same time, not a damn is given about the manner in which compensation is determined for executives or the chasm between corporate compensation and wage earners.

While, for a number of decades, interest in and desire for labor organizations has waned, there are emerging signals that the trend has stopped and may be reversing. On November 8, 2016, Virginia voters rejected a proposed amendment that would have embodied its 1947 right to work law into the state constitution. Recent national polling data (The Conversation US, August 30, 2018) indicate that nearly one half of nonunion workers would join a union “if given the opportunity.” Respondents expressed a desire to have greater participation in the workplace environment and were frustrated by a “voice gap.” Not surprisingly, the participants expressed concerns about promotional pathways to protection from discrimination and harassment to being able to comment on workplace rules and safety.

The reality of increasing wage/income inequality will continue to exacerbate the pressure upon workers as the siphoning of wealth by the most wealthy continues to be society’s priority. At its extremes, that paradigm only detracts from worker productivity  and participation in the labor market.  Public policies antithetical to labor organizations may yield to the realization that unions are not inherently evil and offer a rational mechanism to distribute some of the common weal more equitably.

Following legalization of marijuana growing, Illinois adopted legislation governing the new industry, which included a requirement that companies “engage in fair labor practices” or “labor peace agreements” as some unions have labelled them. This enlightened vision is direct acknowledgement of a state’s public policy appreciating the economic boost from a burgeoning commercial enterprise. Virginia has already approved some limited marijuana activity and has been reviewing greater measures to take advantage of the phenomenon.

Taking a page from the Illinois playbook, the Commonwealth can compete with other states and no longer needs to promote the false image that businesses succeed in the state due to regressive labor practices. Instead, it can become a model for efforts to diminish wealth inequality by actually fulfilling the notion of a commonwealth . . . by giving a damn, not reluctantly being dragged into improving labor relations. Virginia is positioned to create greater opportunity and improved lives for its citizens. Establishing a living wage and removal of its right to work barrier to jump start that process, thereby diminishing fears about unions, could give a boost to the process. 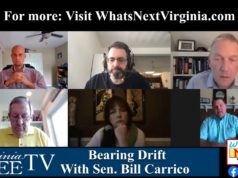 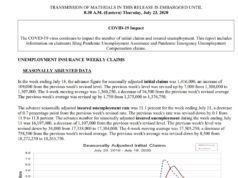 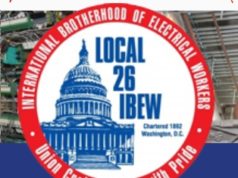