See below for two interesting graphics, courtesy of VPAP, on last Tuesday’s elections turnout. As the Fairfax Dems put it, “it looks like local races—supervisors, sheriffs, prosecutors—drove turnout.” Also note that a TON of money was spent in Arlington and Fairfax Counties on the Commonwealth’s Attorneys races and also the Fairfax County Board Chair race. Interestingly, the Fairfax County Chair candidate (Tim Chapman) who spent by FAR the most money – somewhere around $1 million (!) – finished dead last in a field of four candidates, with just 9.8% of the vote (6,848 votes). In stark contrast, Alicia Plerhoples spent somewhere under $200k (one fifth as much money as Chapman) and and got 31% of the vote (22k votes – more than 3 times the votes Chapman got). So money certainly isn’t everything, that’s for sure. 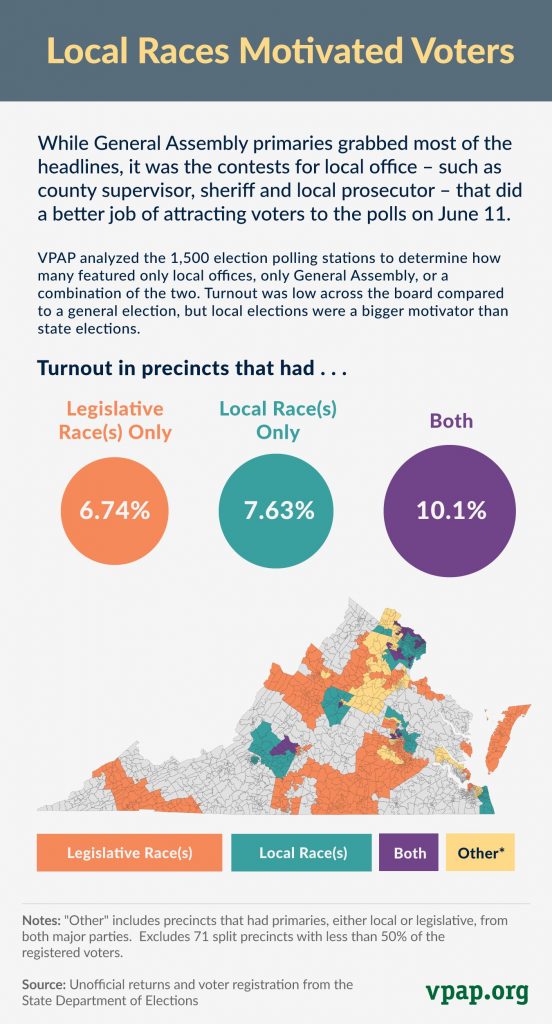 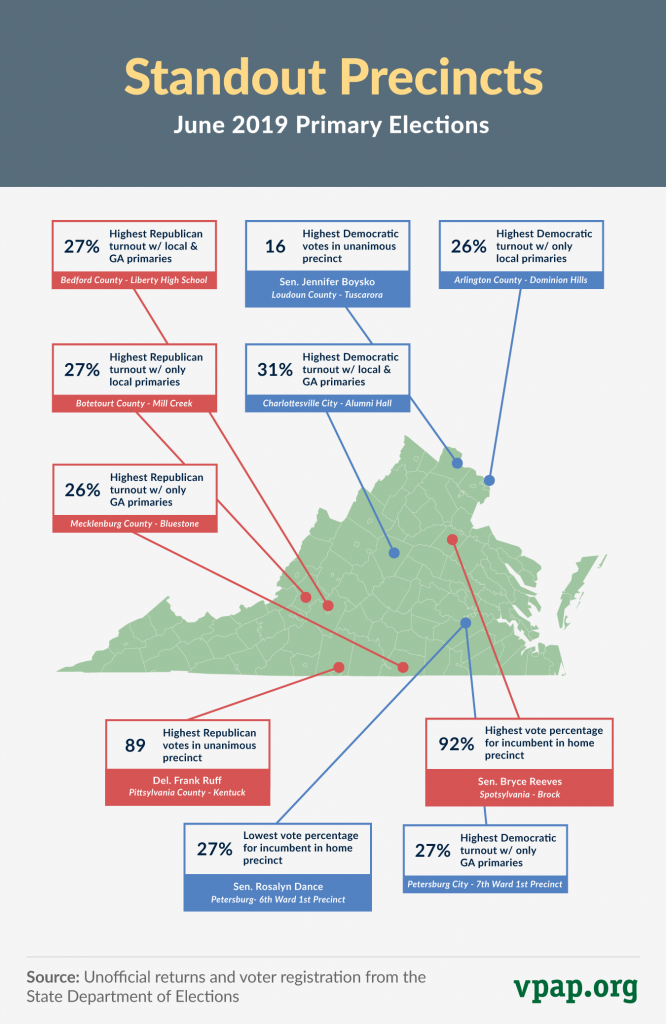