The following ratings and analysis of this year’s Virginia legislative elections are from political analyst Ben “Not Larry Sabato” Tribbett. As you can see, Ben has the House of Delegates right now as 47 “Lean R” or better vs. 43 “Lean D” or better, plus 10 tossups. As for the State Senate, Ben has it at 20 “Lean D” or better “before tossups are counted” and “a clear edge [for Democrats] to win a State Senate majority this fall.”

For comparison purposes, see Chaz Nuttycombe’s latest ratings, which have the State Senate as “Likely Democratic” (23-17) and the House of Delegates as “Lean Democrat” (53-47).

Personally, I lean a bit towards Chaz Nuttycombe‘s ratings, mostly because I’m betting on – or maybe more hoping that – the anti-Trump energy we saw in 2017 and 2018 will continue. Of course, as I’ve pointed out previously, these “odd-off” election years historically have seen very low turnout, with Democratic “dropoff” from presidential, midterm and gubernatorial years particularly pronounced.  On the other hand, as I pointed out in this analysis, I believe there are many similarities, as well as some significant differences, between 2019 and 2007, when Democrats picked up four seats each in the House of Delegates (from 40 to 44) and State Senate (from 17 to 21). The question is whether – and to what extent – past will be prologue in this case.

With that, here’s Ben Tribbett’s preview/ratings for the 2019 Virginia legislative races. What do you think? 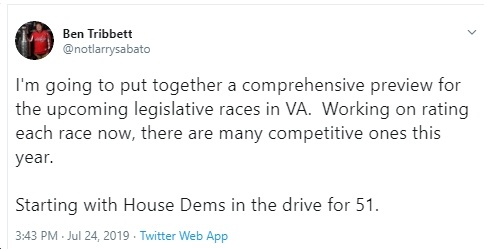 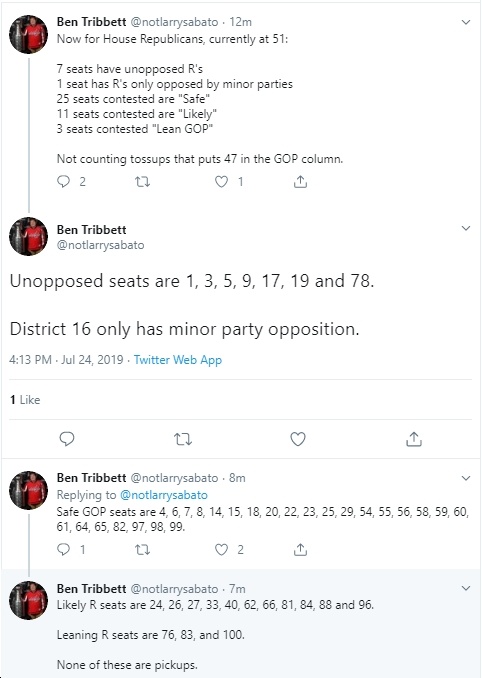 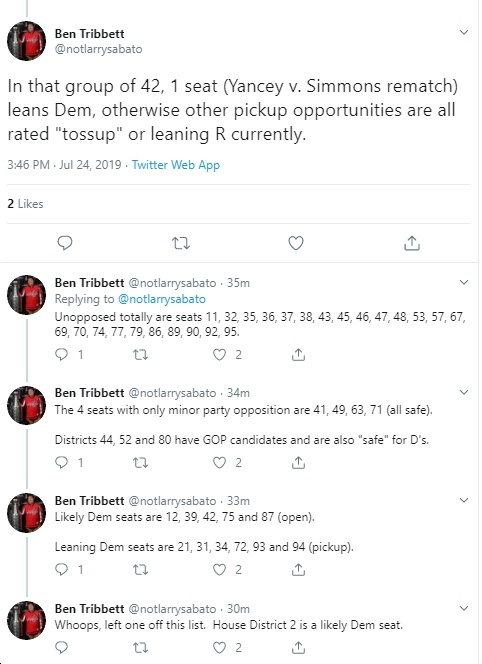 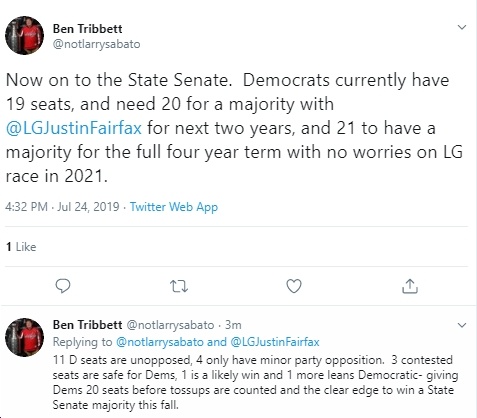 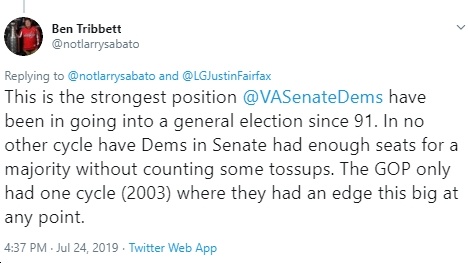 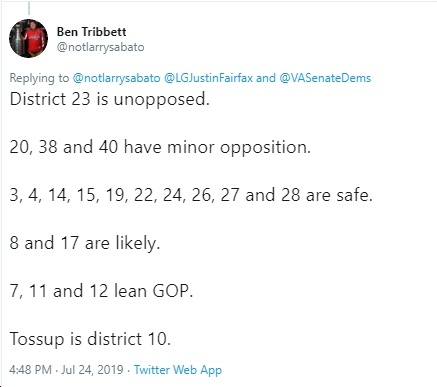 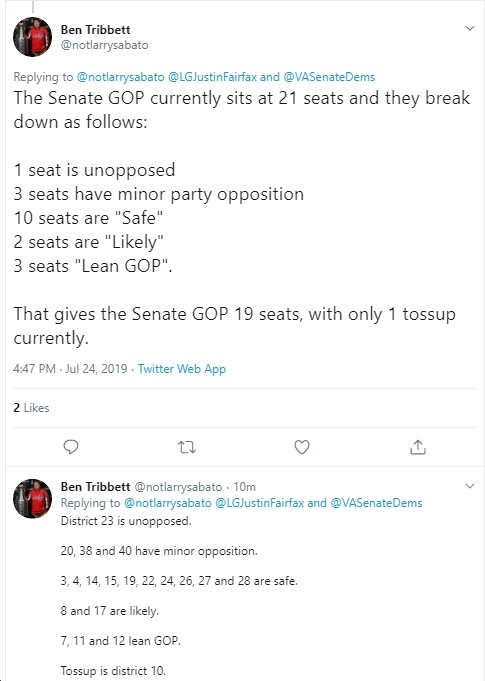