At this point, given the overwhelming amount of anecdotal and scientific evidence (e.g., the current heat waves in Alaska and Europe; another hottest month ever worldwide in June; the “precipitous” decline in Atlantic sea ice) available, all pointing to climate catastrophe if we don’t act immediately, there’s simply ZERO excuse for anyone to deny, minimize, or to be “skeptical” about the man-made climate crisis. Of course, those whose livings depends on a continued stream of dirty $$$ by the fossil fuel industry — even if it means the devastation of the only planet we’ve got — will probably keep on denying and minimizing the climate crisis. As will the bought-and-paid for fossil fuel industry tools, overwhelmingly Republican, in Congress and state legislatures. Not sure how these people sleep at night, look in the mirror, or live with themselves, by the way, but I guess the human capacity for cognitive dissonance resolution is almost infinite.

Anyway, the climate crisis is a huge reason why we need to defeat deniers and skeptics at the polls, at the earliest possible opportunity (e.g., November 2019 here in Virginia), and replace them with people who will take immediate, urgent, forceful actions aimed at heading off the looming climate catastrophe we’re currently on track for.

One of those actions, as a new paper in Nature (“Committed emissions from existing energy infrastructure jeopardize 1.5 °C climate target“) makes crystal clear, is very clear and non-debatable from a scientific point of view: as David Roberts of Vox puts it, “if we want to meet our climate goals, we must cease building all fossil fuel infrastructure, immediately.”

Also, see below for a Twitter thread by environment/science writer Mark Lynas (books include “High Tide,” “Six Degrees,” “The God Species”), providing highlights of the Nature paper. According to Lynas, the bottom line is this: “No new fossil fuelled infrastructure, anywhere, ever. From now on.”

Here in Virginia, what that means is very clear and urgent: we can not and *must not* build the fracked-gas Atlantic Coast Pipeline or Mountain Valley Pipeline. How bad are these two pipelines from a climate perspective? VERY bad, as in “together contribut[ing] as much greenhouse gas pollution as 45 coal-fired power plants — some 158 million metric tons a year.”  That’s in addition to the fact these pipelines make no sense economically (despite what Dominion Energy shills like Terry McAuliffe have run around the state claiming, falsely of course), but we’ll leave that one aside for the moment, and just focus on the climate-crisis-related reasons to shut these monstrosities down. Now. 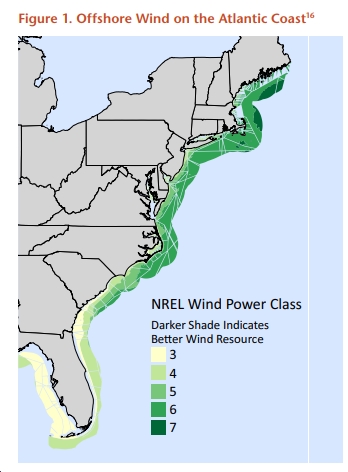 The good news is that Virginia doesn’t *need* these pipelines, as we can power our state 100% with clean, inexhaustible, and increasingly cheap renewable energy sources – offshore wind, solar, and of course energy efficiency (aka, “negawatts,” the cheapest energy being that which you don’t have to produce in the first place). How much offshore wind power potential are we talking about? Here in Virginia, a 2018 report by Environment America found that Virginia’s offshore wind power potential is 1.4 times our current power consumption, and nearly enough to power the state even if we electrify transportation and heating! That’s just offshore wind power alone. Add in solar power, both utility-scale and “distributed” (e.g., rooftop), and of course a massive investment in slashing Virginia’s energy waste and becoming far, FAR more energy efficient, and…bingo, we’re a 100% clean energy state, without any new fossil fuel infrastructure, or even the need for a lot of our existing fossil fuel infrastructure.

Finally, let me just emphasize that none of this has nothing to do with, nor SHOULD it have anything to do with, political ideology. To the contrary, this is *science* and *math*, and unless one of the deniers or “skeptics” can come up with their own science (hint: they can’t) or math (hint: they also can’t), the policy implications are as clear as they are inevitable: develop no more fossil fuel infrastructure, starting immediately; become a lot more energy efficient; build massive amounts of solar and wind power; ditch remaining fossil fuel infrastructure as rapidly as possible. Conceptually, it’s not complicated at all, and we have the tools to do it. The only question is politics, and specifically here in Virginia, the “legally corrupt” “Virginia Way,” which to date has blocked us from doing what we all know – or should know – needs to be done. 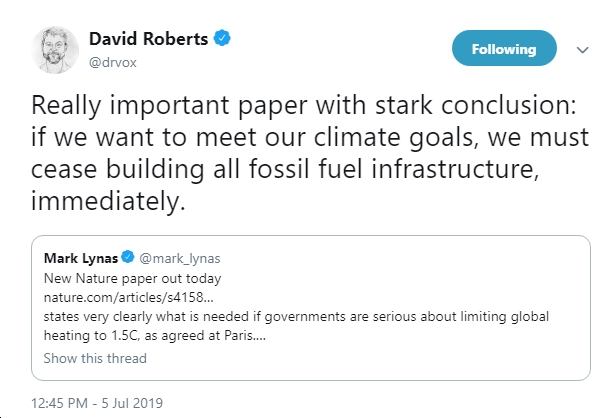 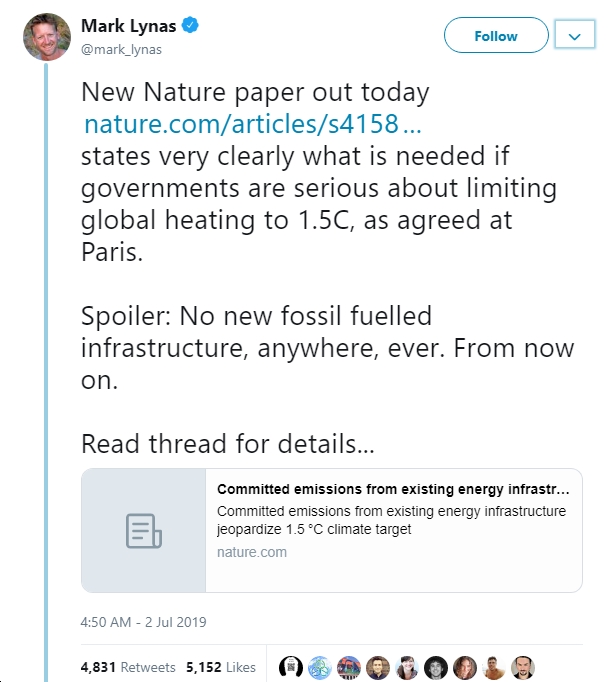 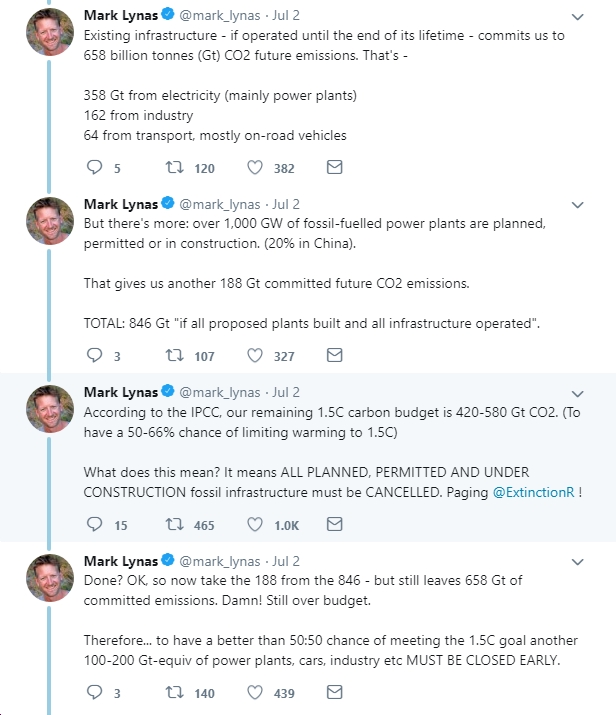 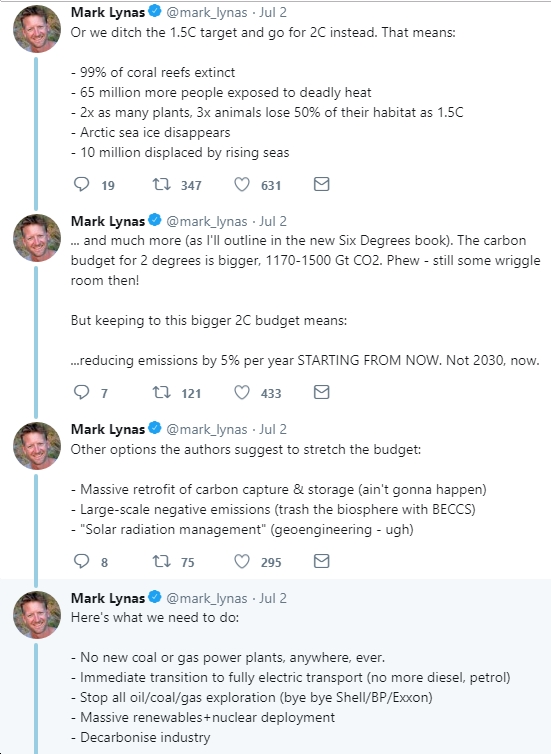 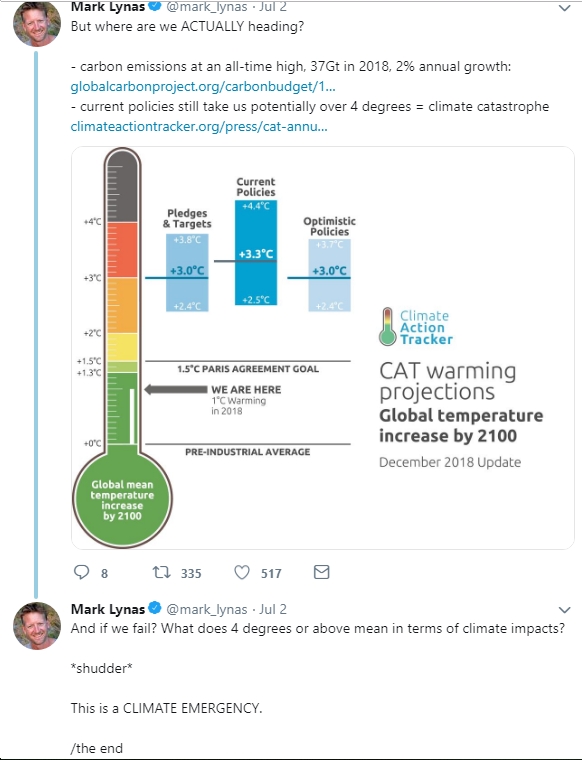