The following infographics, courtesy of VPAP, tell us a great deal about diversity – or lack thereof – in the Virginia Democratic and Republican General Assembly delegations, as well as how that might change after this November’s elections.

Unfortunately, the x-axes aren’t labeled with numbers, nor is the raw data provided, so we’ll have to eyeball this. A few takeaways from the two infographics include: 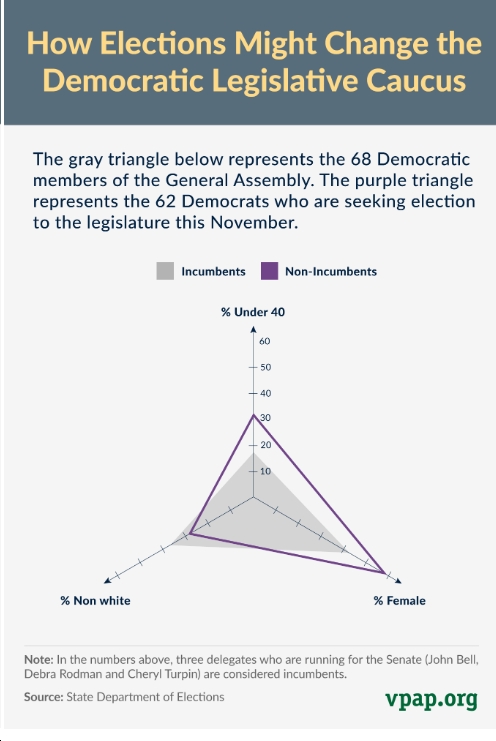 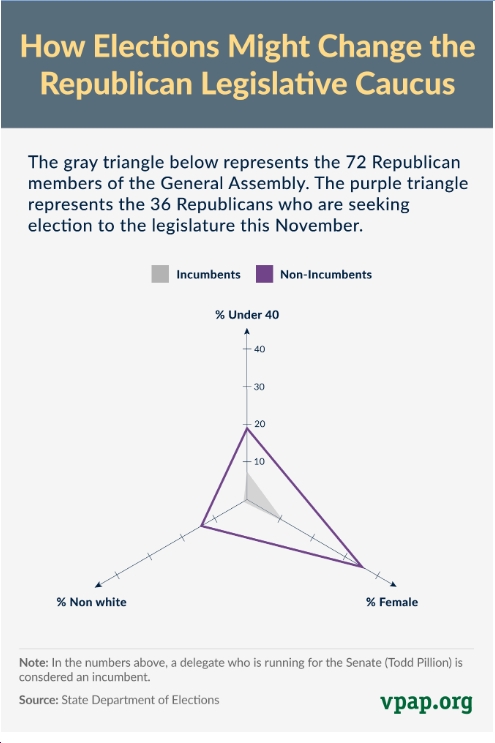