See below for an interesting infographic, courtesy of VPAP, showing how old Virginia cities and counties are going to be in 2030 – just over ten years from now. The “grayest” places, interestingly, are almost all going to be jurisdictions that are “red” politically. For instance: 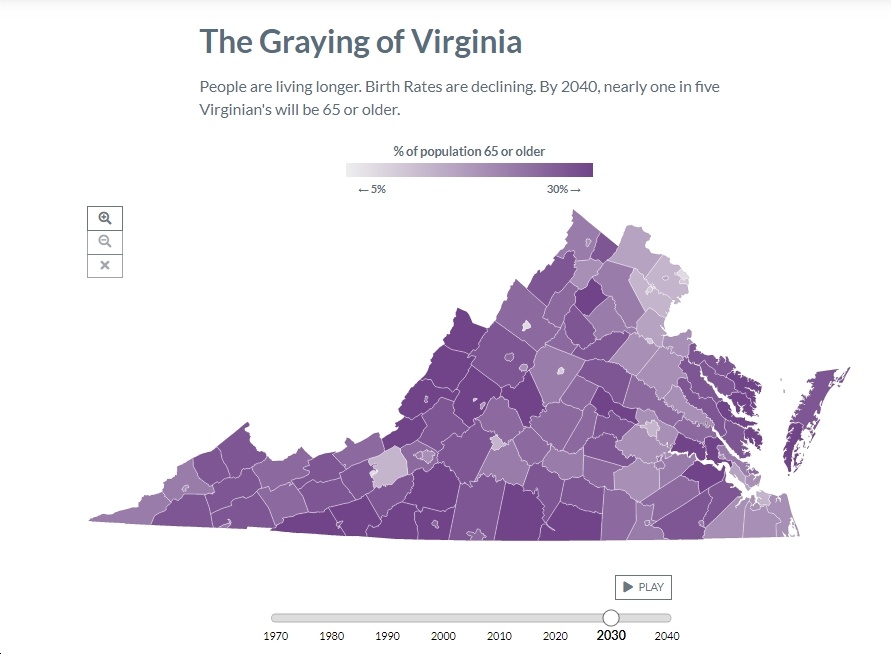 Bottom line: the “red” parts of Virginia are turning “grey,” while the “blue” parts of Virginia are mostly staying young.  This gibes, by the way, with projections showing that “Much of the state’s projected population growth in the next 20 years will be concentrated in 10 large counties and cities in the eastern part of the state, particularly in Northern Virginia, currently home to the 8th, 10th and 11th districts.” Very good news if you want Democrats to win elections; very bad news if you’re the the Virginia GOP.

P.S. If you look ahead even further, to 2040, the results don’t particularly change. Here are the oldest and youngest Virginia jurisdictions in 2040…again, “red”=”grey.” 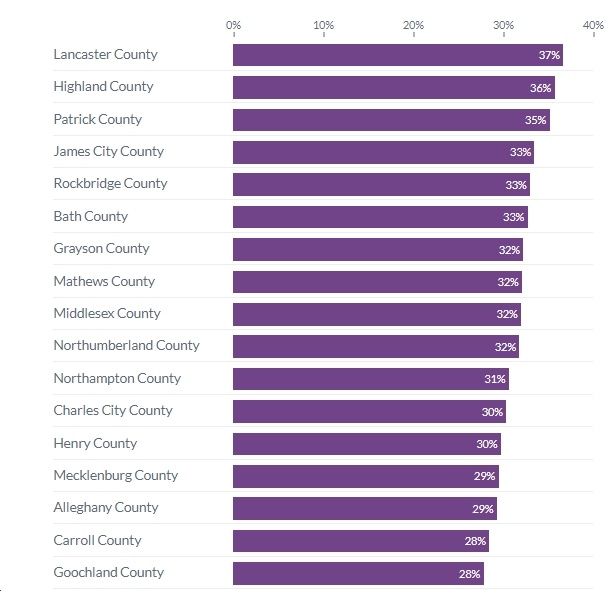 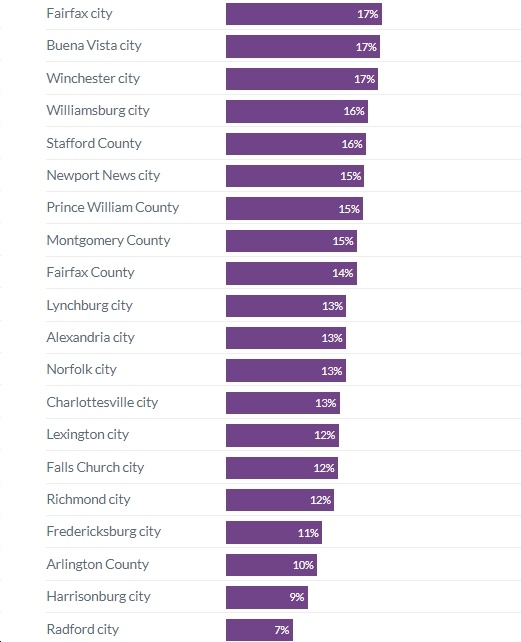 P.P.S. Other than politics, see ‘This will be catastrophic’: Maine families face elder boom, worker shortage in preview of nation’s future for an idea of how a rapidly aging population can impact families, the economy, you name it.