See below for the summary of President Trump’s phone call with Ukrainian President Volodymyr Zelensky, released a few minutes ago. Here are a few takeaways:

Second, here’s a key paragraph related to whether or not Trump should be impeached.” As David Axelrod tweets, “Holy smokes. This transcript is only deepens the problems for @realDonaldTrump. He implored the Ukrainian President to investigate the Bidens. Trump also repeatedly asked that the president speak with @RudyGiuliani and, shockingly, AG Barr, about it!” 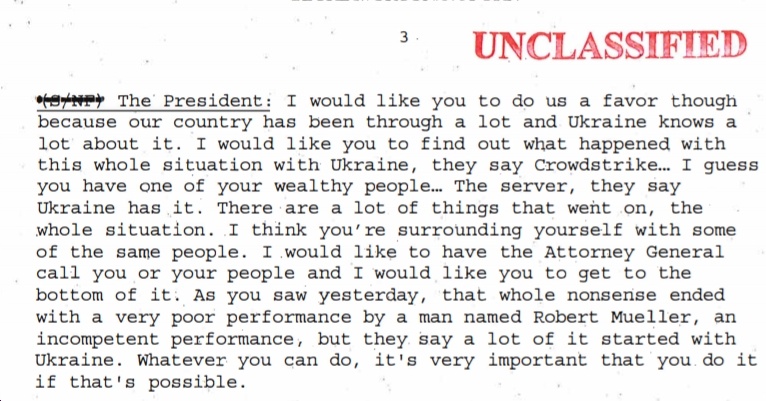