It’s been over a month since Ben “Not Larry Sabato” Tribbett and Chaz Nuttycombe last updated their Virginia House of Delegates and State Senate ratings, so with just 64 days to go until November 5, it’s great to see these two astute Virginia political analysts each out with brand-new ratings. See below for their summary graphics and explanatory tweets. Also, here are a few takeaways: 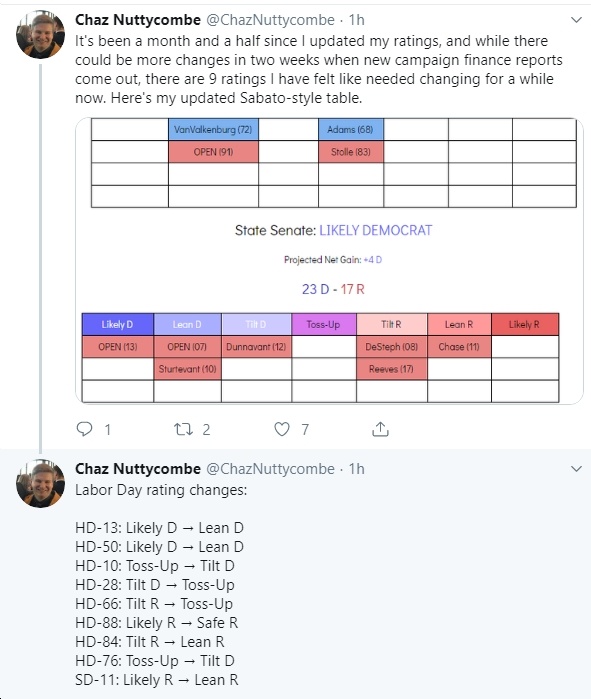 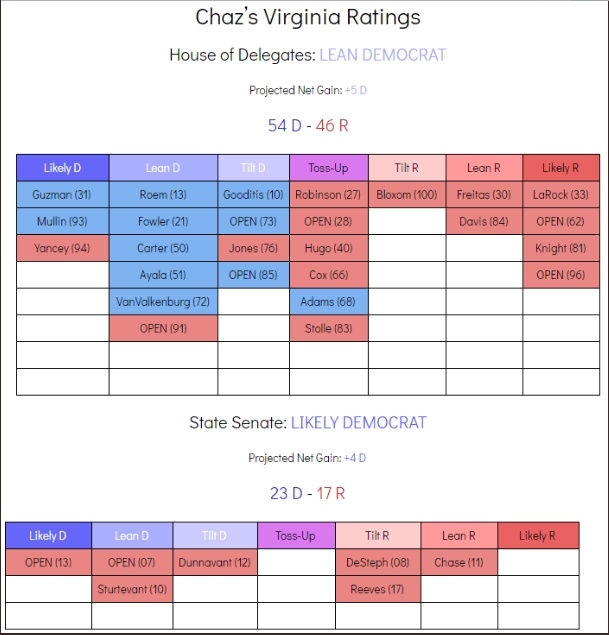 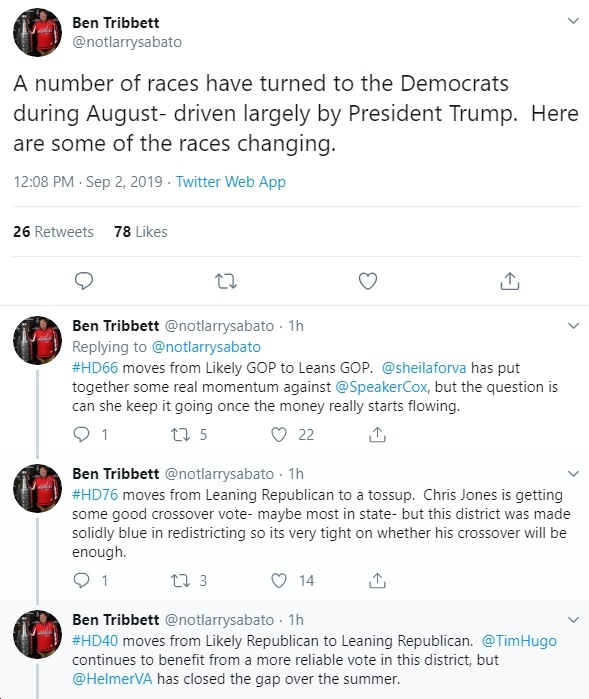 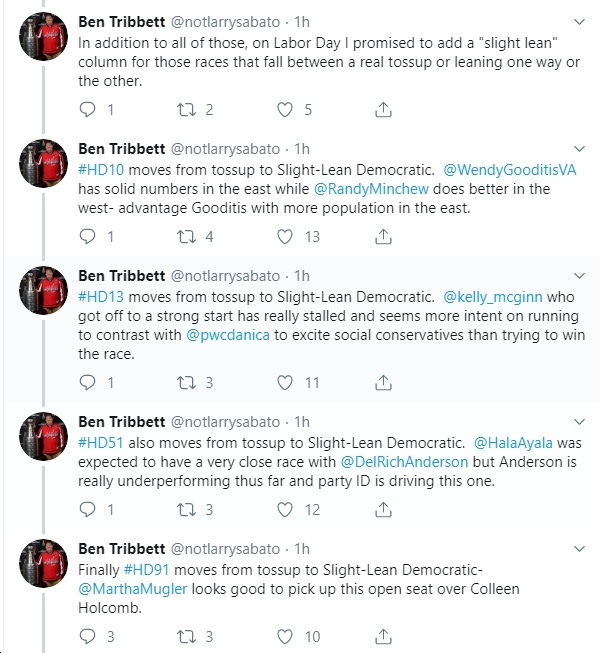 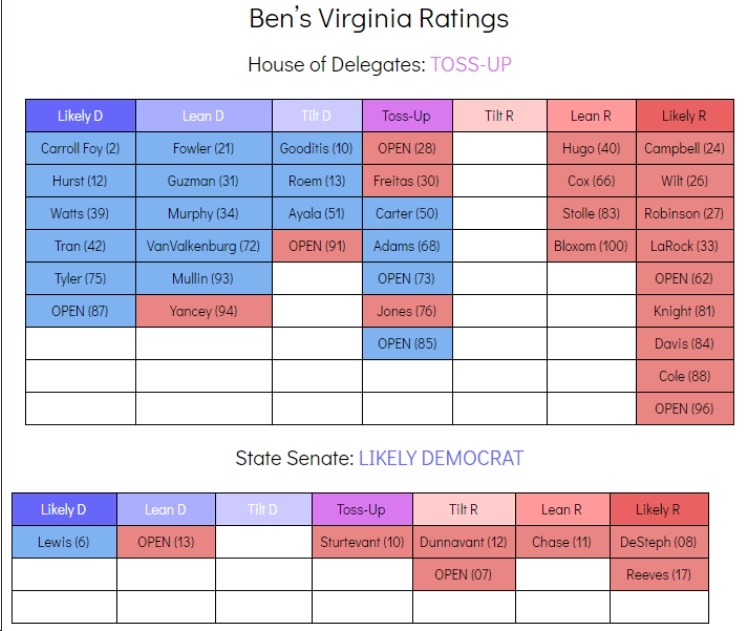 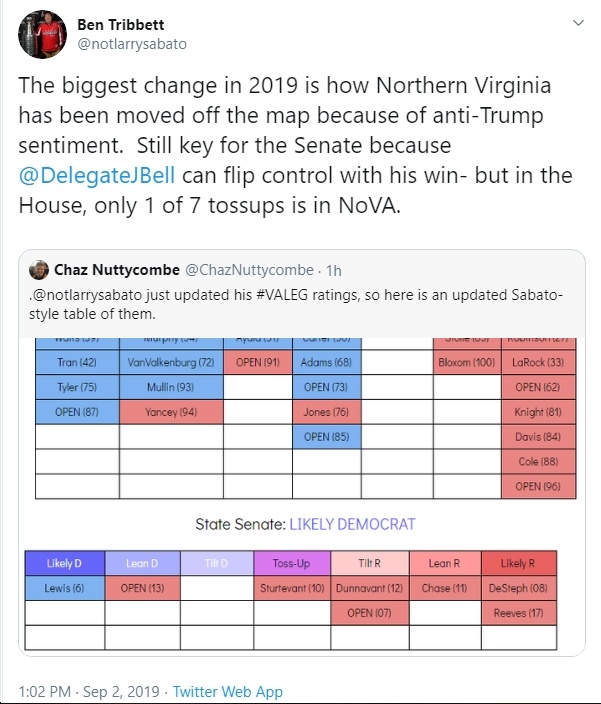