Home 2019 Elections Why Do Republican Politicians Support Abuse of Power?
Facebook
Twitter
ReddIt
WhatsApp
Email
by Del. Mark LevineWhen it was discovered that the President of the United States had bribed Ukraine — promising them $400 million in desperately-needed military aid if they did him “a favor” by manufacturing dirt on his political opponent to help him win the 2020 elections (just as Russia had done for him in 2016) — Virginia Democrats led the fight to preserve American democracy and the integrity of our elections against Trump’s abuse of power and the massive White House cover up.

But Virginia Republicans, like most Republicans nationwide (with the honorable exceptions of Senators Romney and Sasse), did not. Virginia Republicans uniformly opposed any investigation into the lawlessness and corruption of the President and the Attorney General of the United States. Nor did they say a word about the White House scheme to hide all evidence of Trump’s abuses of power in special servers designed for highly classified material — servers designed for national security, not to cover up Presidential felonies.

Why are Republicans so enamored of abuse of power?
Probably because abuse of power is the only reason they are in power in the first place. 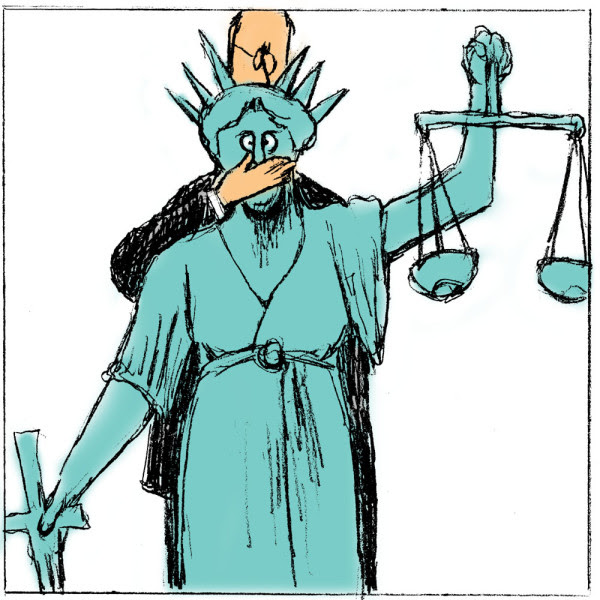 Perhaps it all started in 2000 in Bush v. Gore, when the United States Supreme Court by a 5-4 decision ordered Florida authorities to stop counting its citizens’ votes on the grounds that a Gore victory would “threaten irreparable harm to petitioner Bush, and to the country, by casting a cloud upon what he claims to be the legitimacy of his election.” Never before had a US court ordered a state to stop counting votes in an election. Never before had any court argued that counting votes to see who won an election would cause irreparable harm to the person who got fewer votes.

In 2011, Virginia Republicans illegally gerrymandered the Virginia House of Delegates on the basis of race. Don’t take my word for it. This was the judgment of even the uber-conservative United States Supreme Court. Virginia Republicans’ illegal racial gerrymandering gave them unwarranted majorities against the will of the People of Virginia. In 2017, for example, 55% of Virginians chose Democrats to represent them in the Virginia House of Delegates, but Republican skulduggery ensured Democrats a minority of 49 out of 100 seats despite the Democratic landslide. How did they do it? In addition to the illegal racial gerrymander, Virginia courts — like the Supreme Court in Bush v. Gore before them — threw away dozens of legitimately-cast votes in order to ensure Republican victories against the true victors in the 2017 elections, Shelly Simonds and Joshua Cole. Both Shelly and Josh are running again this year. We hope they will win by enough votes to get beyond the margin of cheating. 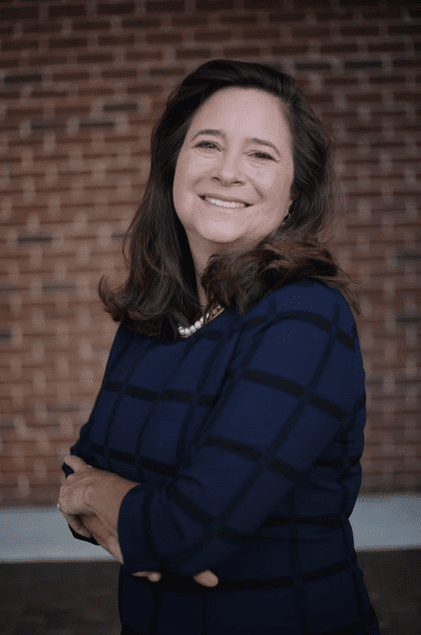 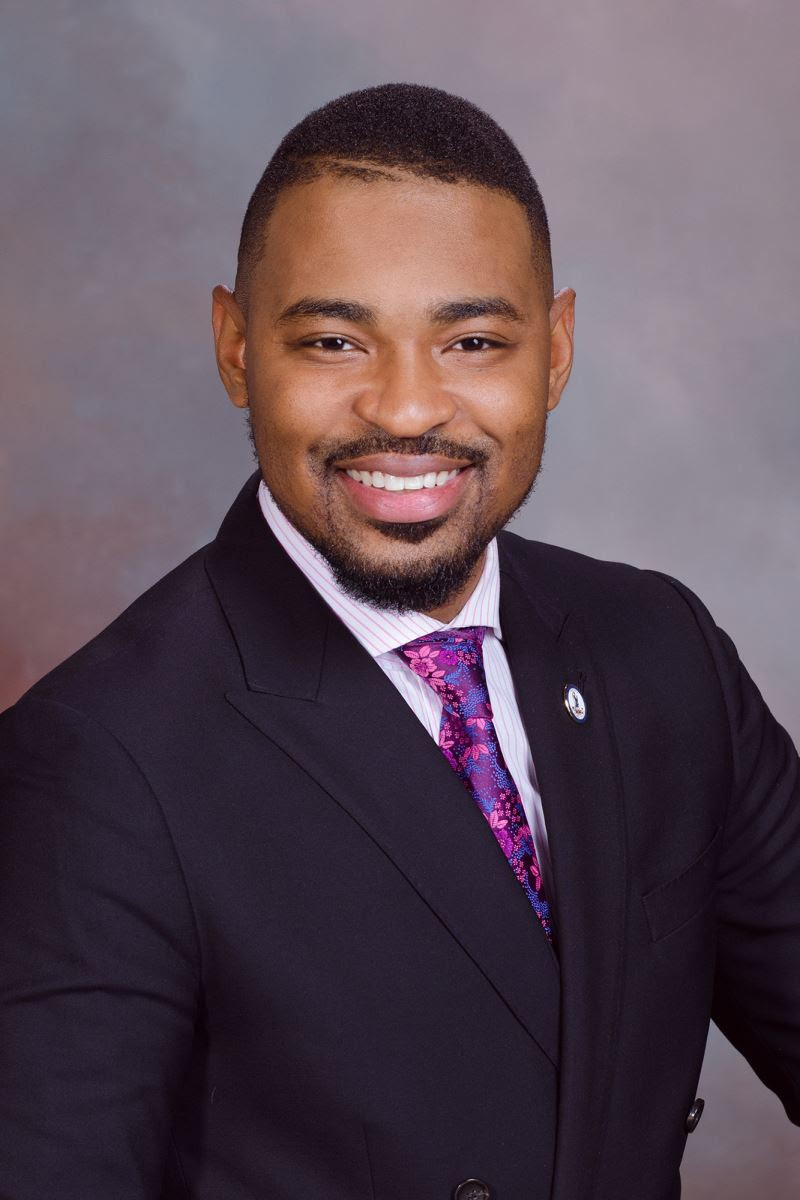 predominantly African-American district.          But court refused to count them.

Elsewhere in America, Republicans removed African-Americans from voting rolls in massive numbers, put up large roadblocks to keep young people from voting, eviscerated the Voting Rights Act (on the grounds that racism no longer exists in America!), unconstitutionally took away powers of a Democratic Governor and used deception to trick Democrats commemorating 9-11 to miss a vital budget vote, and even re-instituted poll taxes in direct violation of the Twenty-Fourth Amendment of the United States Constitution.

Today, Republicans thumb their nose at the Constitution by insisting Congress has no right to oversee Executive Branch corruption and that the Constitutional emoluments clause, which prohibits gifts or bribes from foreign governments to elected federal officials, is null and void. Apparently the Founders desire to prevent corruption must give way to a President trying to maximize Saudi and other foreign use of Trump Hotels. This is a win for Trump, who makes millions from these emoluments. And it’s a win for the Saudis, who dismembered a Washington Post reporter with nary a peep from the President. It’s not a win for the American People, who must all pay hundreds of millions of dollars to Trump businesses every time he plays golf or gets American officials to inconveniently stay at his Irish hotel.

It’s even worse than you think. Today we found out that the President is ordering the State Department to retroactively make hundreds of people who emailed Hillary Clinton into law-breakers by retroactively finding material to be classified that was not classified. This is a true witch-hunt and an express violation of the Constitution’s ex post facto clause, which says you cannot charge someone with criminal conduct by retroactively making illegal conduct that was legal when it was done. Even if these people cannot be criminally charged, hundreds can lose their security clearances, just for legally emailing Hillary Clinton, on these “Trumped-up” charges of retroactive illegality. Pun intended. It’s Orwellian. 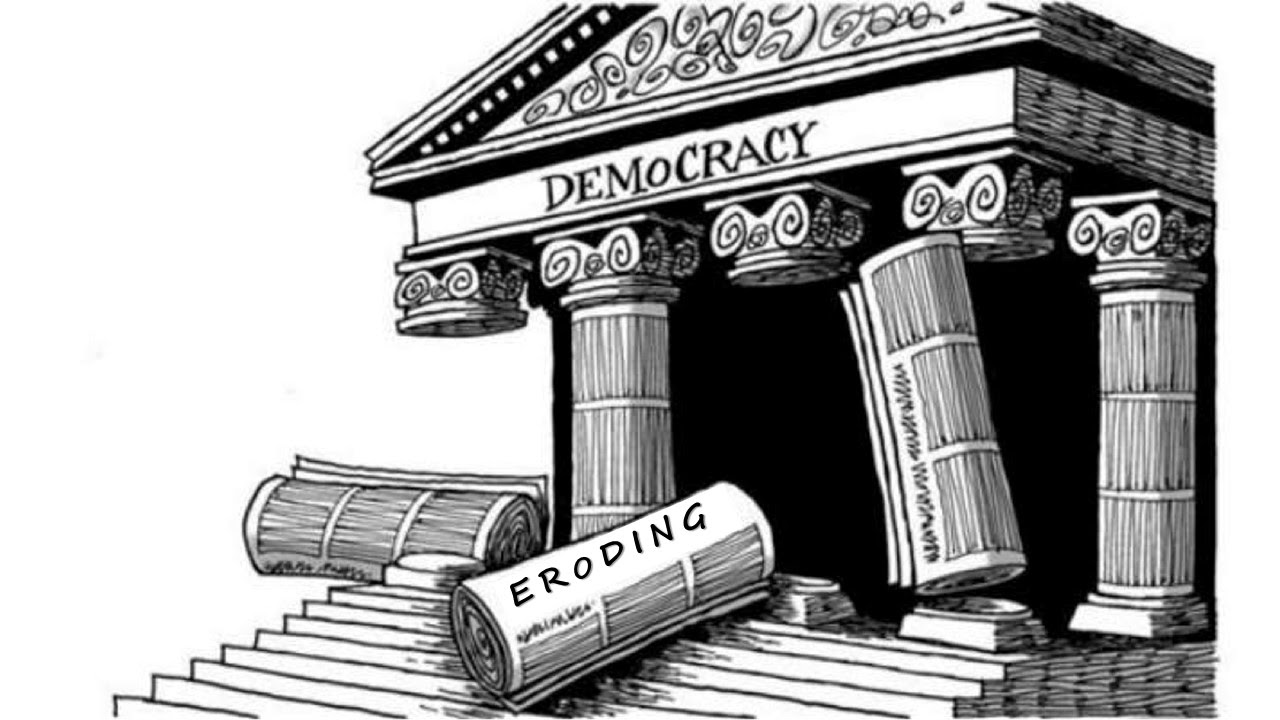 Virginia’s Democratic Members of Congress, even those from moderate or conservative districts, uniformly support upholding the Constitution and our democratic republic. Virginia’s Republican delegation uniformly supports Presidential corruption and lawlessness.

In the Virginia General Assembly, Democrats uniformly support representative Government and making it easier for every Virginia citizen to vote. Republicans uniformly support racial gerrymandering, discarding legitimately cast votes, and throwing up as many roadblocks to voting as they can find.

And here’s where you come in:

In 2008 and 2012, President Obama took power because he got so many votes he won beyond the margin of cheating. But sadly, in 2017, Josh Cole’s and Shelly Simonds’ vote margins were close enough to allow Republican judges to usurp their electoral victories.

Virginia goes to the polls on Tuesday, November 5, 2019.  In just five weeks and two days.  The races in the House are very close, with polls showing more than a dozen neck and neck.

This time, we have to show a frightened nation — reeling from the prospect of the greatest threat to our republic since the Civil War — that democracy can prevail, that the people’s voices can be heard, that voting in massive numbers can prevail against even the most insidious corruption and lawlessness in Mafia-like shakedowns ordered directly by the President of the United States.

We must win Virginia in 2019.
We must give the nation courage in 2020.
A loss in Virginia — the only state in the USA to hold competitive elections in 2019 — would be devastating.
It would depress Democratic turnout and cause people to stay home in 2020.
Conversely, a win would excite the entire nation and show that authoritarianism can be defeated. 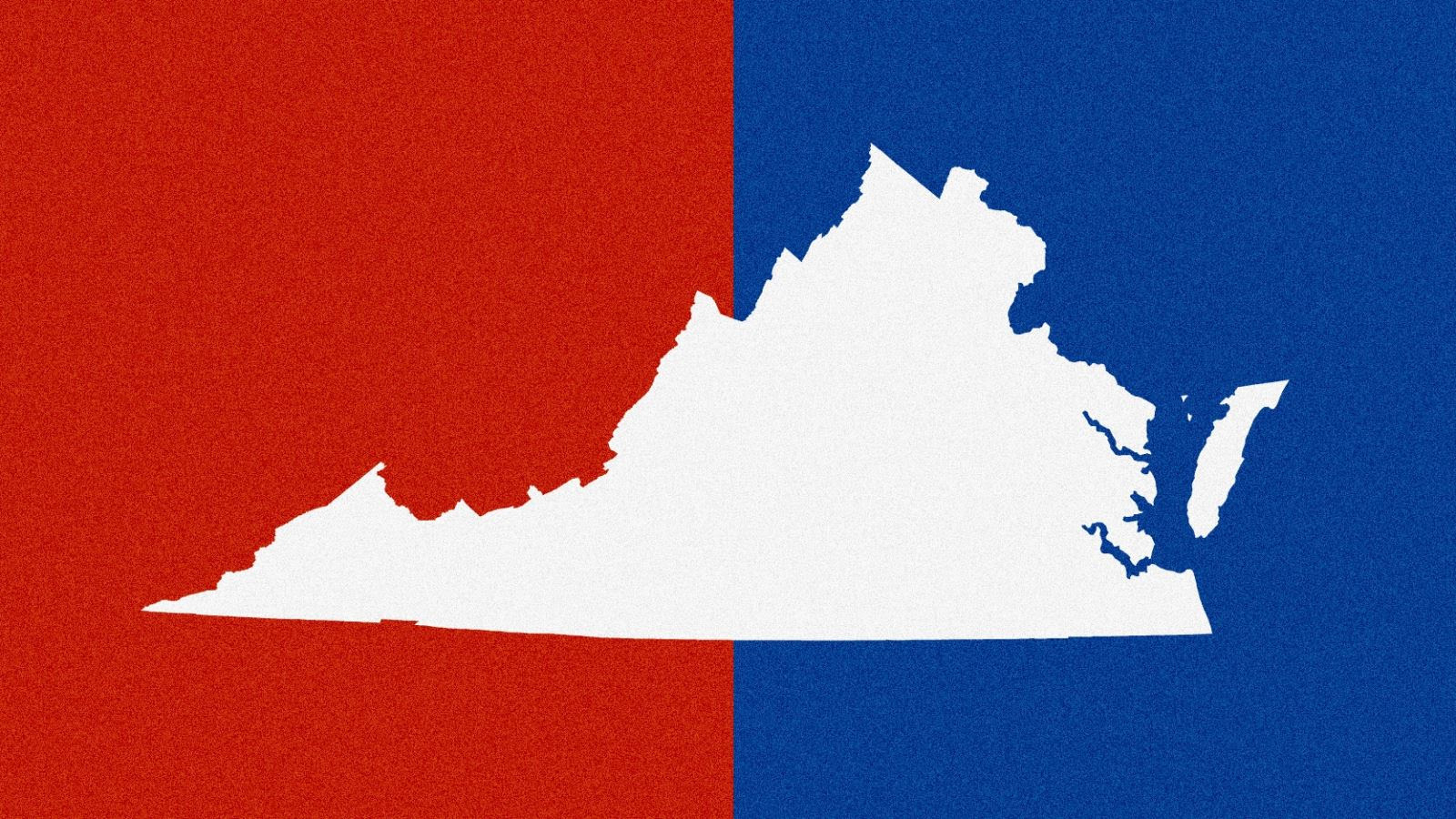 Scholars who have studied North Korea, Russia, Nazi Germany, and other dictatorial regimes have shown that when citizens of democracies lose hope of ever making change due to a “rigged system,” they cave in and accept their lack of freedom. This makes sense. If you can’t save your country, people rationalize, you can at least save yourself. And when the President of the United States is threatening to execute whistleblowers, this is not an unreasonable reaction.

But winning in Virginia changes the political calculus.
Winning in Virginia would show a depressed and disheartened majority of the American People that Trumpism can be defeated, that we can uphold the Constitution and the rule of law, and that democracy can still prevail in the Land of the Free and the Home of the Brave.

In the midst of the impeachment inquiry, a strong November victory in Virginia might even encourage elected Republicans in the United States Senate to put the Constitution and their country ahead of raw political power. Because even if they could care less about their Constitution or the country, they do care about their own re-election.

In sum, a Virginia victory would be a national wake-up call.

And we need your financial help. 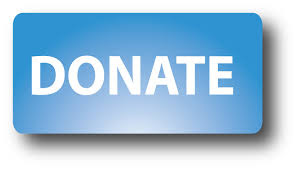 Just three weeks ago, the Russian-funded National Rifle Association donated $200,000 to Virginia Republicans. And just last week, a single uber-conservative donor who strongly supported Roy Moore (and doubled down on that support after it was discovered Moore regularly had sex with underage girls), sent $500,000 — that’s right, half a million dollars — to a single Republican candidate for delegate who eagerly took the funds without any qualms. If we get a Democratic majority, I will introduce legislation to limit the amount an individual donor can give.  But currently this obscene level of contributions is legal. Do you think that Republican delegate — if he wins — will be singularly beholden to his half-million-dollar donor?  Do I need to even ask the question?

I’m not asking for $500,000. I’m asking for $50 or, if you can afford it, $500. If you think it unfair that we need 1000 very large donations to even match the donation of a single rich, pedophile-supporting Republican, you understand what we are up against.

Every penny given in response to this email, I will forward the Virginia House Democratic Caucus, but, to be candid, we are still about $1 million short of what we need to prevail. So if you have friends — even friends in other states — who can lend a hand, we could sure use it. Yesterday, I upped my commitment to the House Caucus, but I can only keep my promise if you step up to help me.

Please help out all you can. You won’t regret it.
Just click the image below.

Your nation is depending on you.

With your help, we can lead Virginia and this nation into a new era where the Constitution and the rule of law are respected, where “pay to play” is outlawed, and where a President is more loyal to the People of the United States than the dictators of Russia, North Korea, and Saudi Arabia.

If we can extirpate the Trumpist cancer, we can once again have a two-party system where the battle is over ideas, instead of over power, greed, and corruption.

But unless and until that cancer on the Republican Party is removed, the cancer will metastasize, destroying what was respectable about the Republican Party first as it grows to strangle the Constitution and the nation. Patriotic conservative Republicans like John McCain (may he rest in peace), Mitt Romney, George Will, and Jennifer Rubin understand that it is a devil’s bargain to give up your integrity for power. Because you lose your soul in the process.

Or to quote Star Wars, “Beware the dark side of the force.”

If you love our republic, you know what to do.

Contribute to a Blue Virginia Majority by clicking here.
Your support is critical to sending the right message on November 5, 2019.
That no one, not even the President of the United States, is above the law.

P.S. Feel free to pass this email on to others who might consider joining the cause.