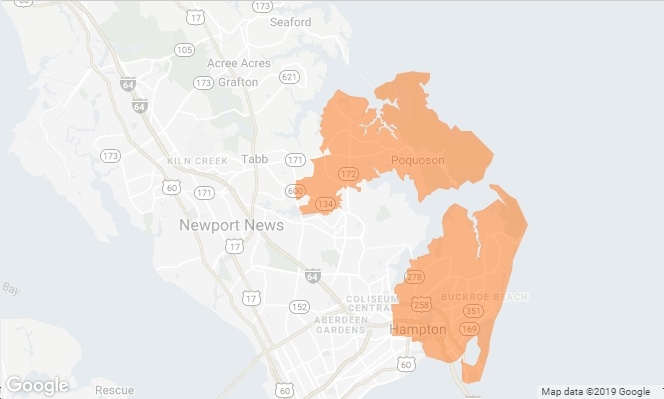 Recently, Blue Virginia received a generous donation from a Democratic donor (thanks!), allowing us to do some Virginia House of Delegates and State Senate polling. Virginia political analyst Chaz Nuttycombe and I have now completed our first poll, of the House of Delegates race in HD91 (open seat; 54%-45% Northam district; Hampton, Poquoson, York County) between Democrat Martha Mugler and Republican Colleen Holcomb, surveying 413 self-identified likely voters in the district, with a margin of error of +/- 5 percentage points. Also worth mentioning is that the polling methodology (e.g., automated telephone call) we used is similar to what we did in 2014 for the 8th CD Democratic U.S. House primary (which, by the way, turned out to be very accurate).

Note that we chose this district in part because it’s a race that’s highly competitive (Chaz rated it in early September as “Lean D,” while Ben Tribbett rated it “Slight-Lean Democratic”), partly because Hampton Roads is a crucial area of the state politically, and partly because our donor hails from that area and is interested (as we are) in these competitive districts. Going forward, we hope to continue polling in Hampton Roads, as well as in central Virginia and northern Virginia. We’ll see how it goes, but in future polls, we intend to include more questions – about Trump, issues, etc.

With that, here’s analysis by Chaz Nuttycombe (who, by the way, says he’s “very excited to be a part of this effort” and to “be providing the analysis for not just the results of the poll but as well as the race itself, and what the results of each poll mean for the race”) of the top-line, “horse race” numbers from our HD91 poll. (I’d mostly just add that both Republican and Democratic voters seem to be highly consolidated behind their party’s respective nominee, meaning that this is clearly going to be a “base-turnout” election to a large degree…)

Before we pushed undecideds in this poll, Martha Mugler, the Democrat, had a two point lead over Colleen Holcomb, the Republican. 42% of voters said they planned on voting for Martha Mugler, 40% said they planned on voting for Colleen Holcomb. 18% of voters were undecided. When undecideds were pushed to pick one side or the other, Mugler’s lead grew to 6 points: 53% of voters said they planned on voting for her, 47% said they were undecided. This result is pretty surprising: Holcomb hasn’t been running a very strong campaign and Republicans in the leadership have for the most part pulled out resources from her race and put them into more important ones. Mugler was expected to have a slightly larger lead: as a result I will be moving HD-91 from Likely D to the Lean D column. Mugler is still favored, but this is more of a race than Democrats were expecting it looks like.

Note: We will be polling HD-94 next, the infamous tied race in 2017, where a name was drawn out of a bowl to decide the winner. The district has become a lot more Democratic in the redistricting process, so a Simonds lead is expected. We’ll see.