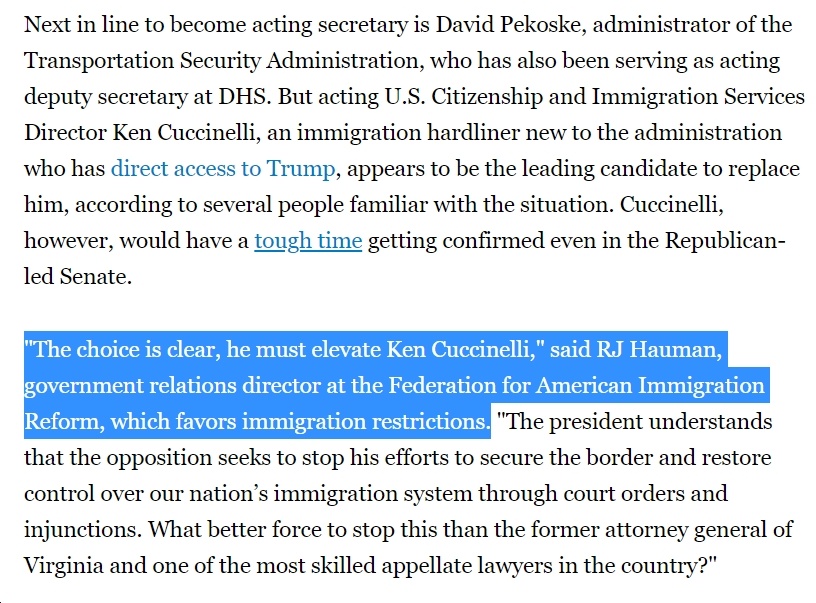 As if all *that’s* not bad enough, how about the fact that Cuccinelli for Secretary of Homeland Security is being pushed hard by the Federation for American Immigration Reform (FAIR), which is listed in the Southern Poverty Law Center (SPLC)’s “Extremist Files” as an anti-immigrant, xenophobic “hate group.” Here’s some information about FAIR, whic strongly supports Cuccinelli, from SPLC:

And now, FAIR is pushing the guy who called immigrant families “rats,” who thinks America is being “invaded,” who thinks we should change the language on the Statue of Liberty, etc. Scary, disturbing times we live in.

P.S. Oh, and with crucial Virginia elections coming up on November 5, just remember: For Everyone Rightfully Horrified at Ken Cuccinelli’s Xenophobia, Note That 93 More Votes (Out of 37,112) Could/Should Have Ended His Political Career in 2007

Sunday News: “Europe’s Leaders Are in Battle of Wills Over Ukraine War”; “Takeaways from Sundance’s secret Brett Kavanaugh documentary”; “At least 9 dead in...