See below for video of last night’s League of Women Voters debate for Fairfax County School Board (Springfield District). The candidates are Democrat Laura Jane Cohen (who I strongly support); Independent Kyle McDaniel; and far-right Republican incumbent Sebastian Gorka’s ideological extremist soulmate Elizabeth Schultz. Also, thanks to Bryan Scrafford for live tweeting the debate. See below the video for Bryan’s tweets, including Elizabeth Schultz’s idiocy ignorance about how large Fairfax County’s school bus fleet is (she claimed it’s #1 in the country; in fact, it’s #8, which is almost exactly what Laura Jane Cohen said it was). 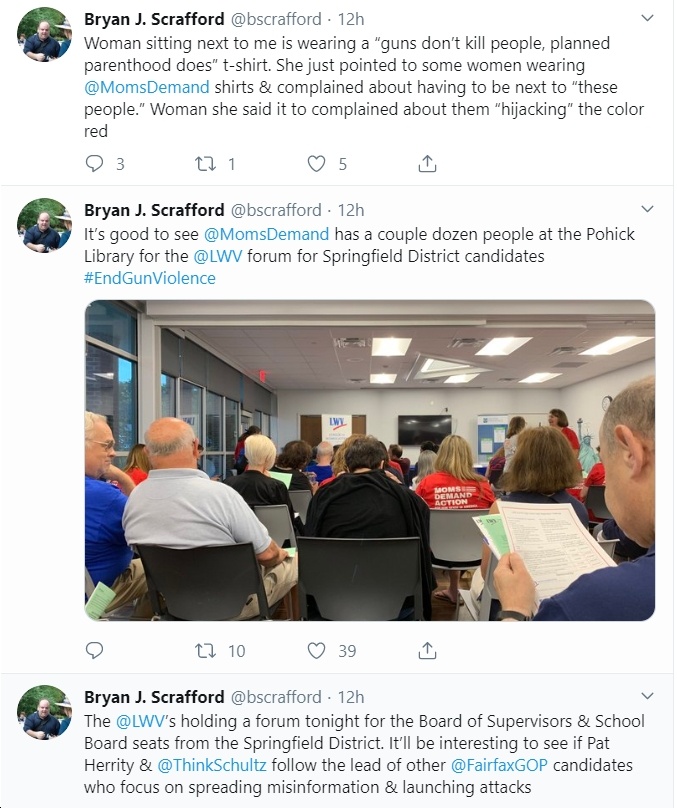 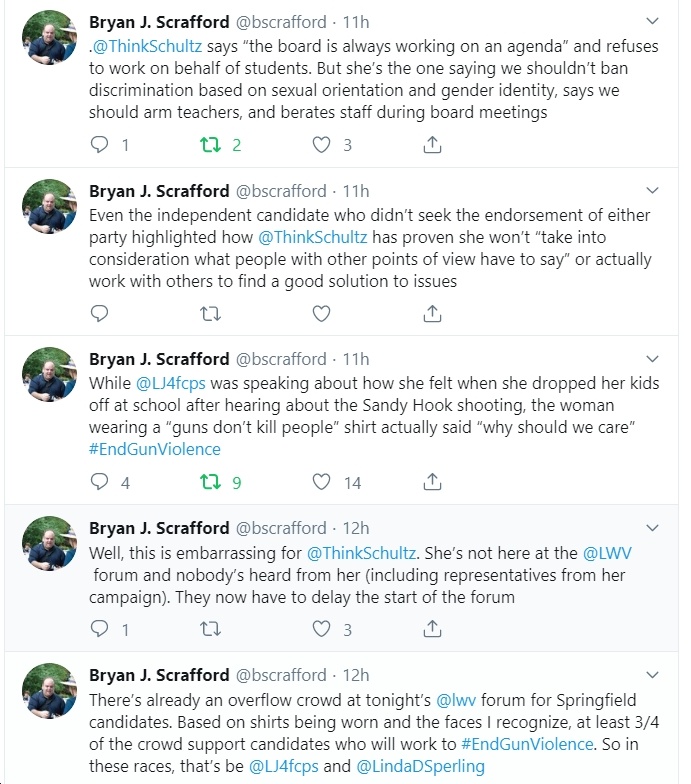 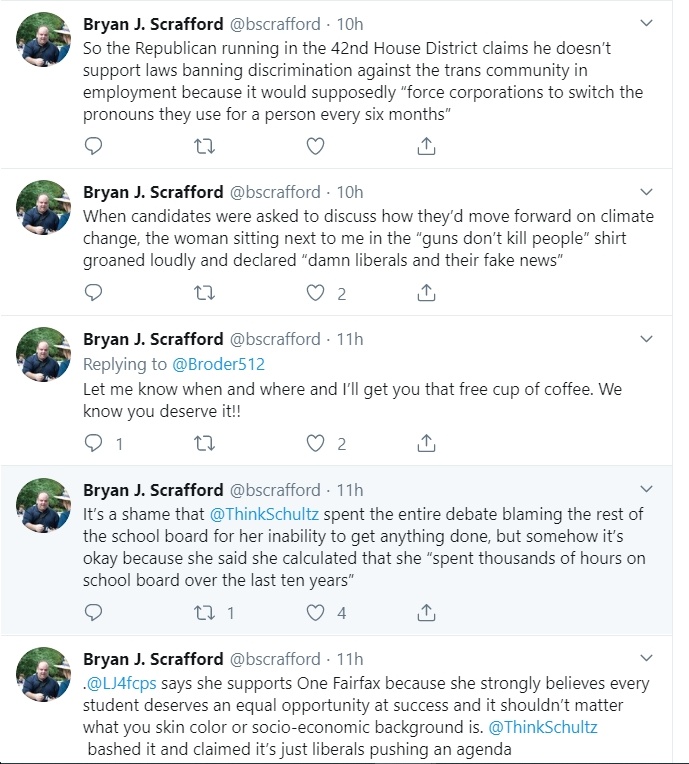 There might have been mic issues at tonight’s debate, but @LJ4fcps‘s mic drop right here was flawless. @ThinkSchultz should have checked her facts during the “thousands of hours” she claims to have spent doing school board work before launching fake attacks against her opponent https://t.co/jdsQAXPpEN

Fairfax NAACP to Fairfax County Board of Supervisors: “The ability to wait in line for hours is a luxury many cannot afford.”