I’m not even going to link to the following trash, nor should anyone else (e.g., VPAP, which apparently will link to anything, as long as it’s not on a “blog”). But more to the point, why in hell would the Daily Press publish the following unhinged, wildly erroneous, outrageously irresponsible, bats***-crazy, climate-science-denial crap on their newspaper’s editorial page? And what on earth is their ridiculous note about how some readers complained that this guy’s column wasn’t there last Saturday, and how “we heard you loud and clear?” What next, are the Daily Press editors going to publish a Holocaust denial column if neo-Nazis complain to them? How about a column denying that humans landed on the moon? Flat earthers? Sandy Hook “truthers?” “Birthers?” Is there anything the Daily Press won’t publish, assuming enough readers complain to them?

By the way, the author of this disgraceful column actually is an economics professor at George Mason University (note: see here for some thoughts on GMU’s ties to the Koch brothers, as well as some of the good work they do) who has previously: 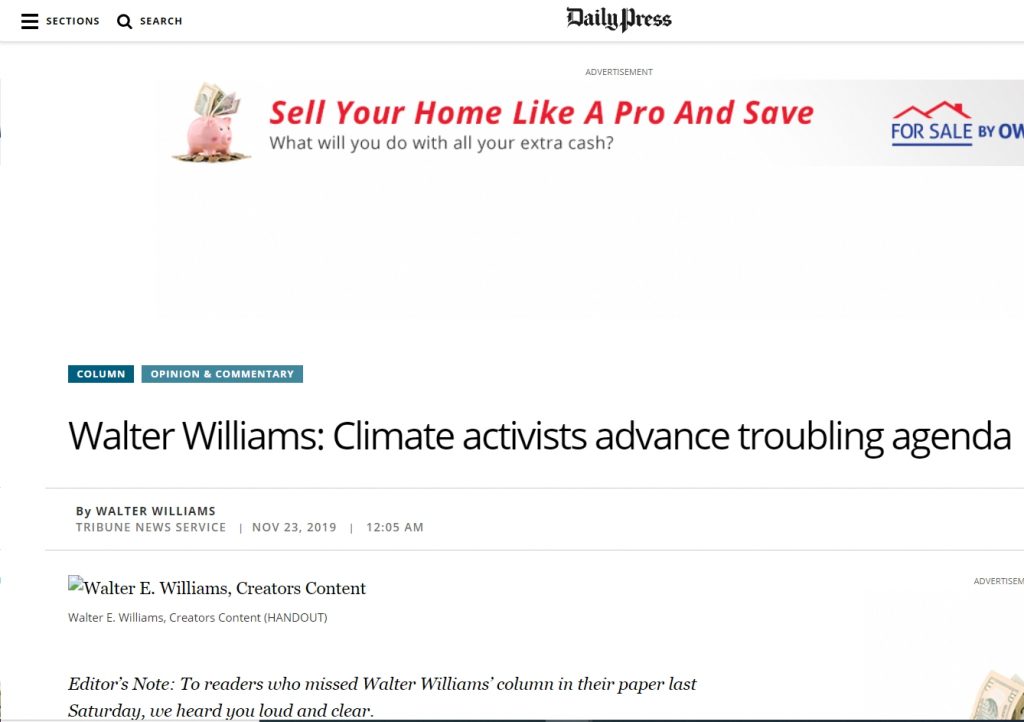