Courtesy of VPAP, the following two graphics show not a huge amount of “turnover” in the Virginia State Senate and House of Delegates this cycle. And, of what turnover there was, most left due to retirement, seeking and/or taking another job, or running for another office.

In the end, only one State Senate incumbent (Republican Glen Sturtevant) lost his  seat in the general election, while just four House of Delegates incumbents (Republicans Tim Hugo, Chris Jones, Chris Stolle and David Yancey) lost their seats in the general election. In addition, two House of Delegates Republicans (Bob Thomas, Chris Peace) were defeated by further-right opponents in the GOP primary, and one State Senator (Rosalyn Dance) was defeated in a Democratic primary. In general, if you look at this historically, incumbents tend not to lose in general elections – with the two huge exceptions of the 2009 “red wave” and 2017 “blue wave” years, when Democrats, and then Republicans, suffered huge losses in the House of Delegates – nor do they tend to lose in primaries either. So basically, once you’re an incumbent, you’re pretty safe, barring a “wave” election year, one way or the other, and this pattern was basically no different in 2019. 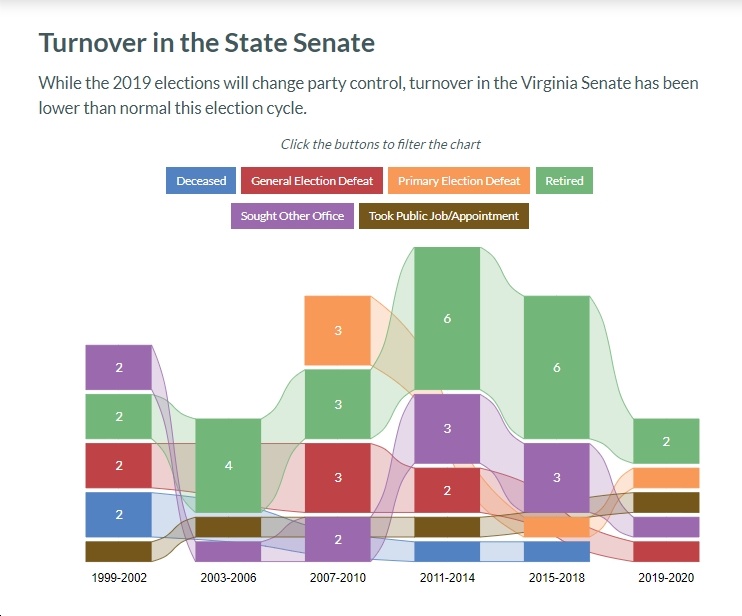 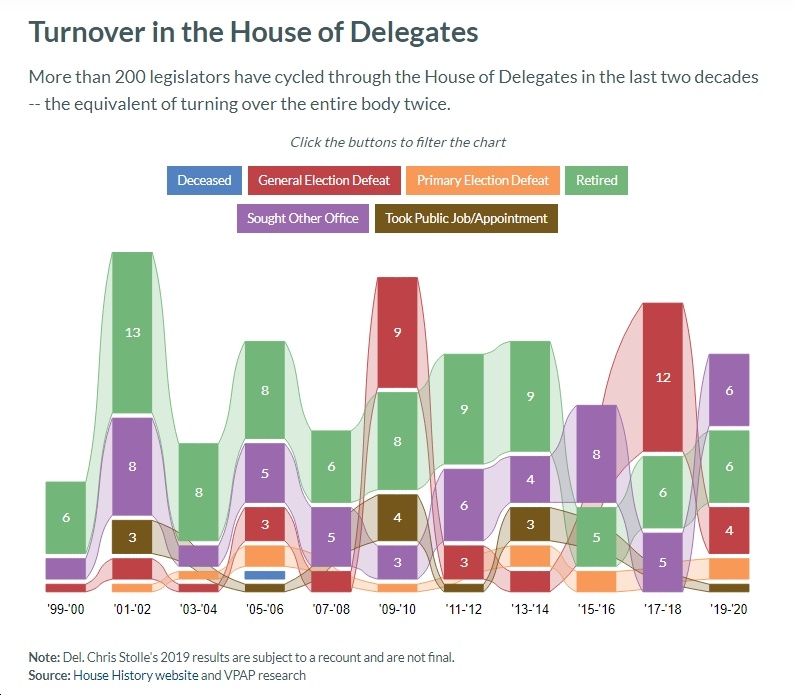