It’s really fascinating to see how Virginia’s political geography has changed over time.  To see this visually, check out the following maps (by Barry, J. Miles Coleman and the NY Times).  I’ll add other maps if/when I see them, but for now… 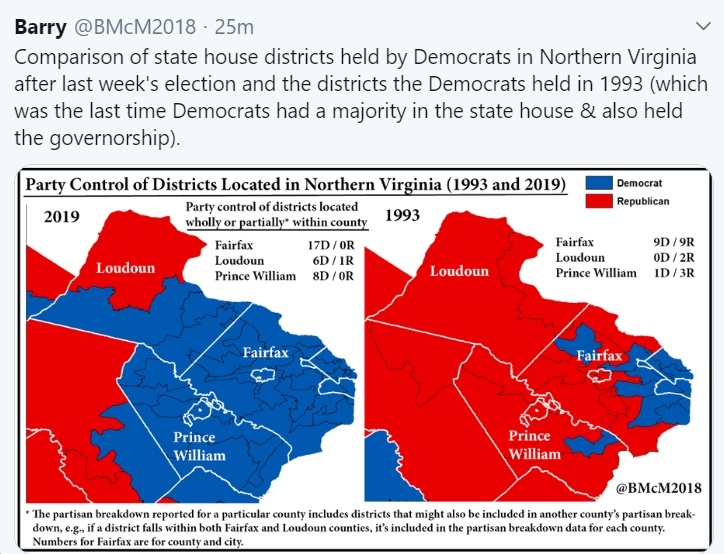 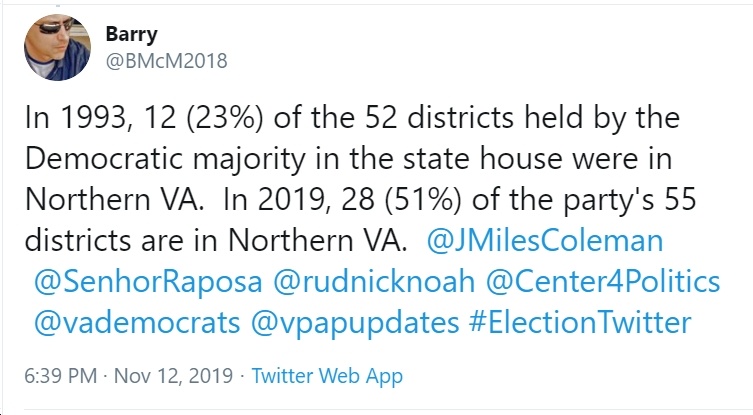 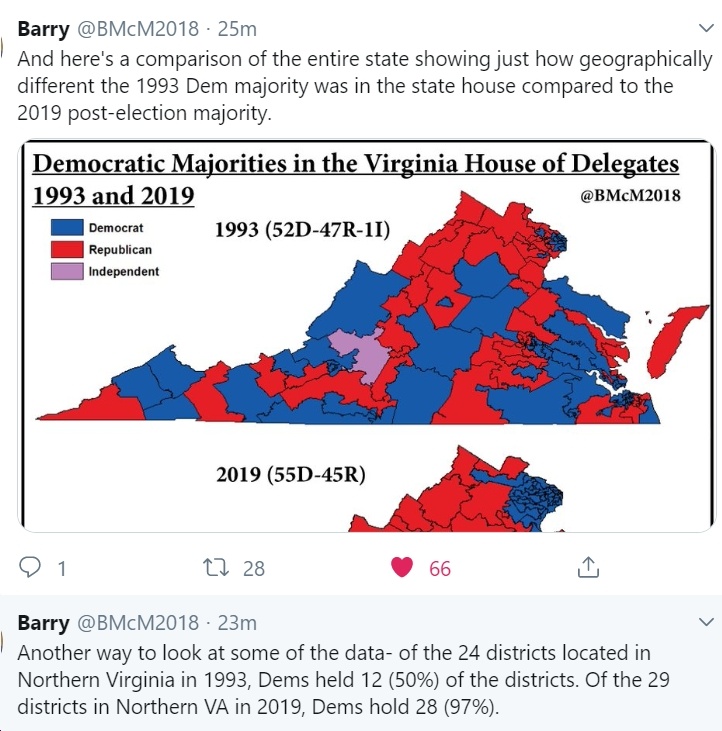 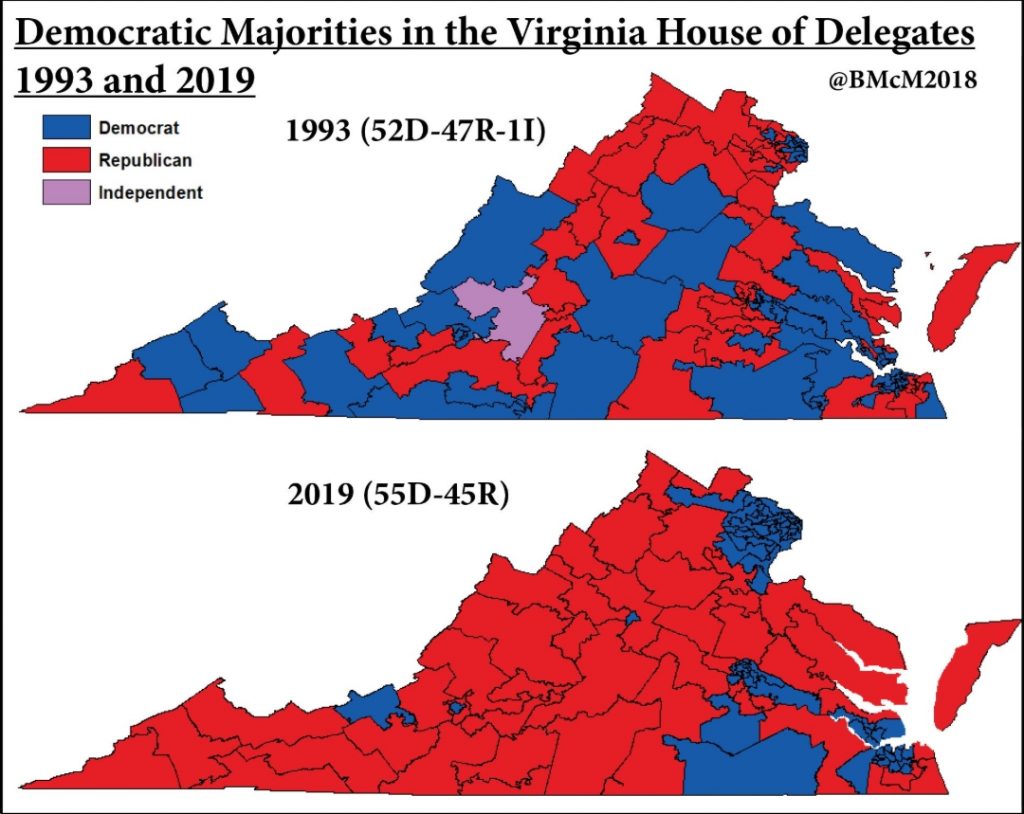 Loudoun County, VA has all or parts of 7 seats in the House of Delegates. Once red, it’s moved hard against the GOP post-Trump. Dem legislative candidates got 2/3 of the popular vote there last week, up from losing it 55/45 in 2015, & they more than doubled their raw votes. pic.twitter.com/USownvfjAt 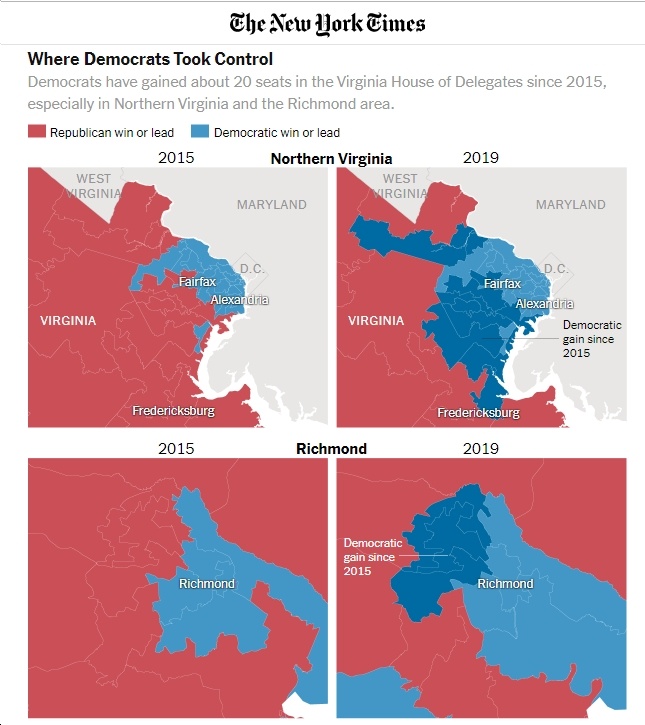