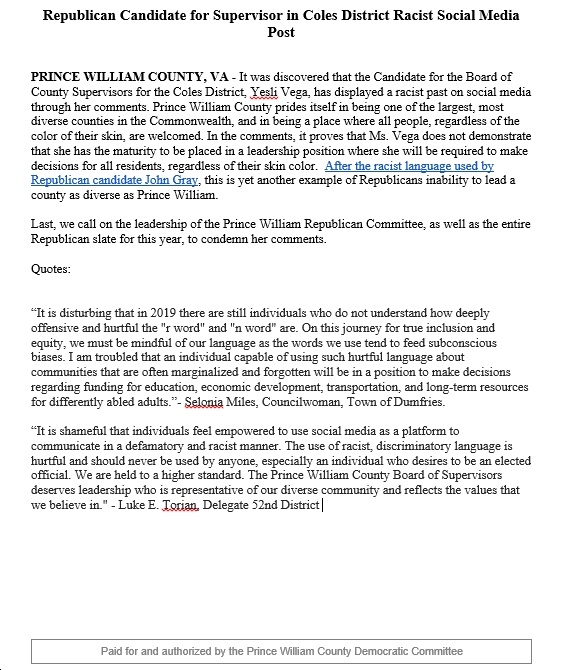 What is it with Prince William County Republican Board of County Supervisors candidates and social media, anyway? First, it was Chair candidate John Gray, with his many offensive, bigoted tweets. Now, it’s Coles District Supervisor Republican nominee Yesli Vega, whose Facebook posts (see below) also contain offensive language (e.g., “retarded,” “niggas”). It’s like people get on social media and just feel like they can just say whatever. By the way, these were forwarded to me yesterday by a reader, who wrote, “I think this is important for your readers to know, given that she received the endorsement from the Prince William County Education Associatio and purports to care about all students.” [UPDATE: Apparently, it was actually the “Prince William Political Action Committee of Educators” that made the endorsement, although Vega claims, “We are honored to announce that we have earned the endorsement of the Prince William Education Association.”] 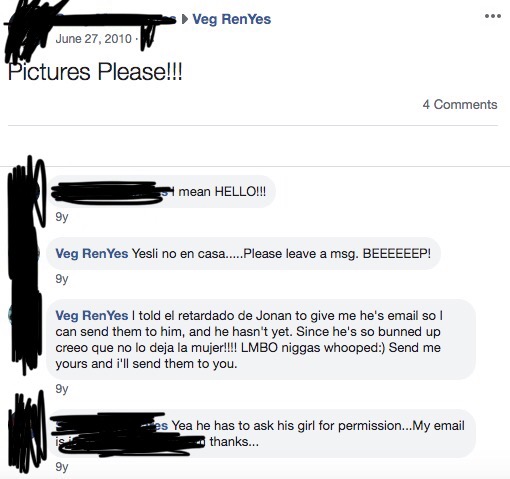 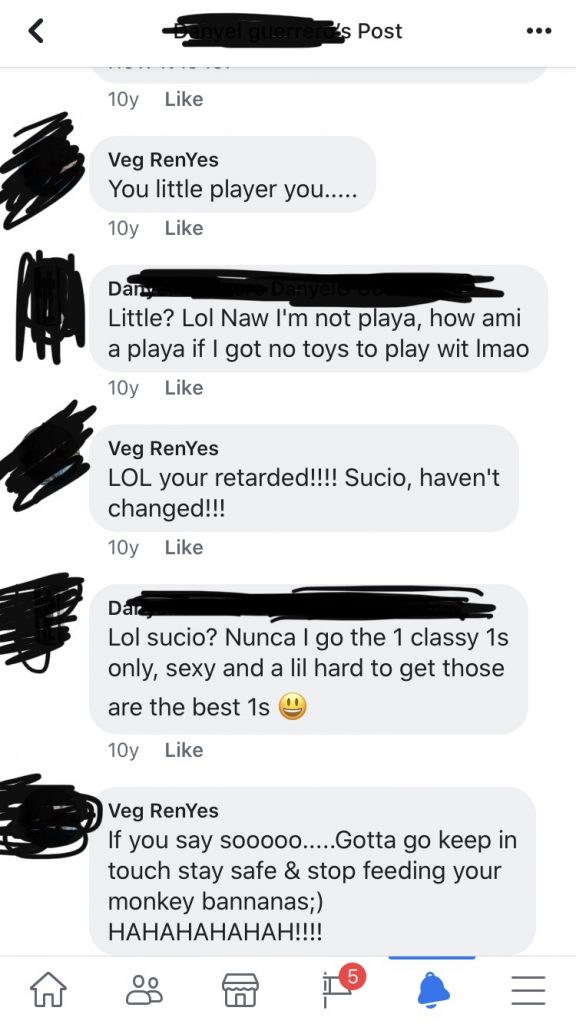 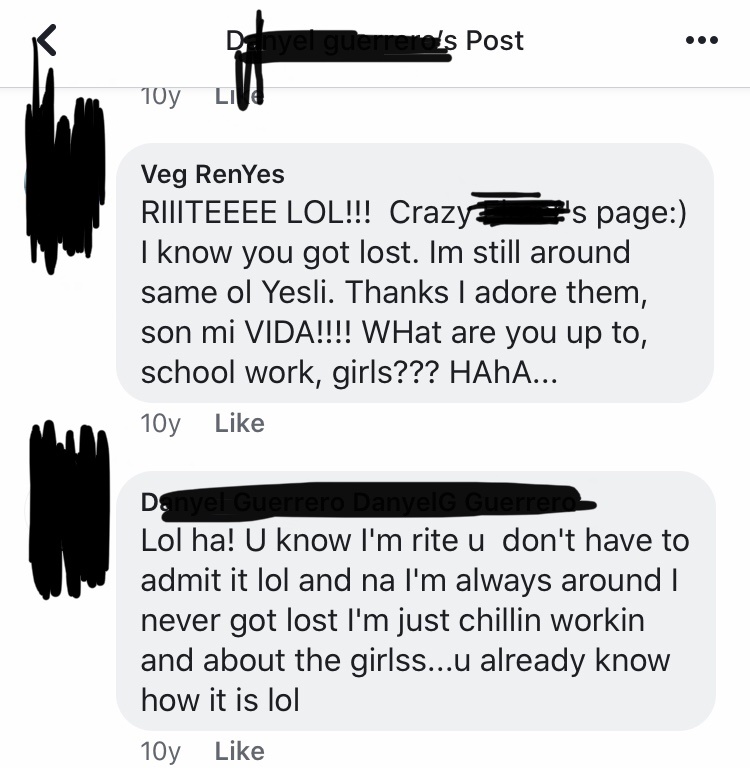