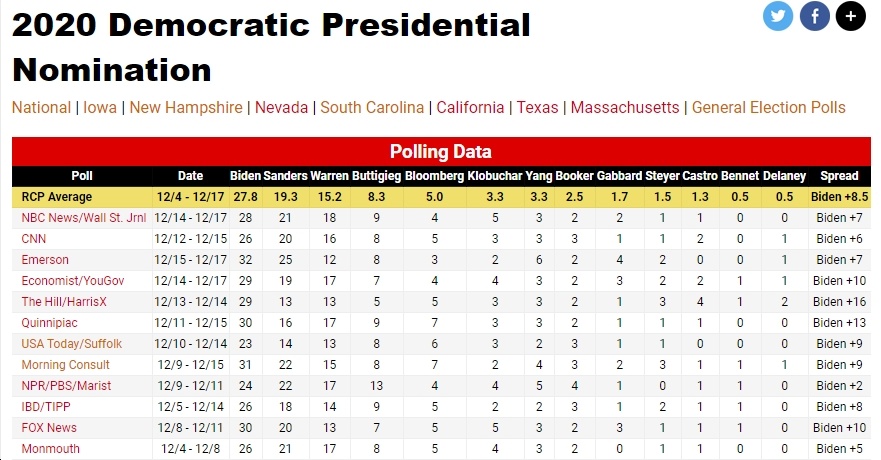 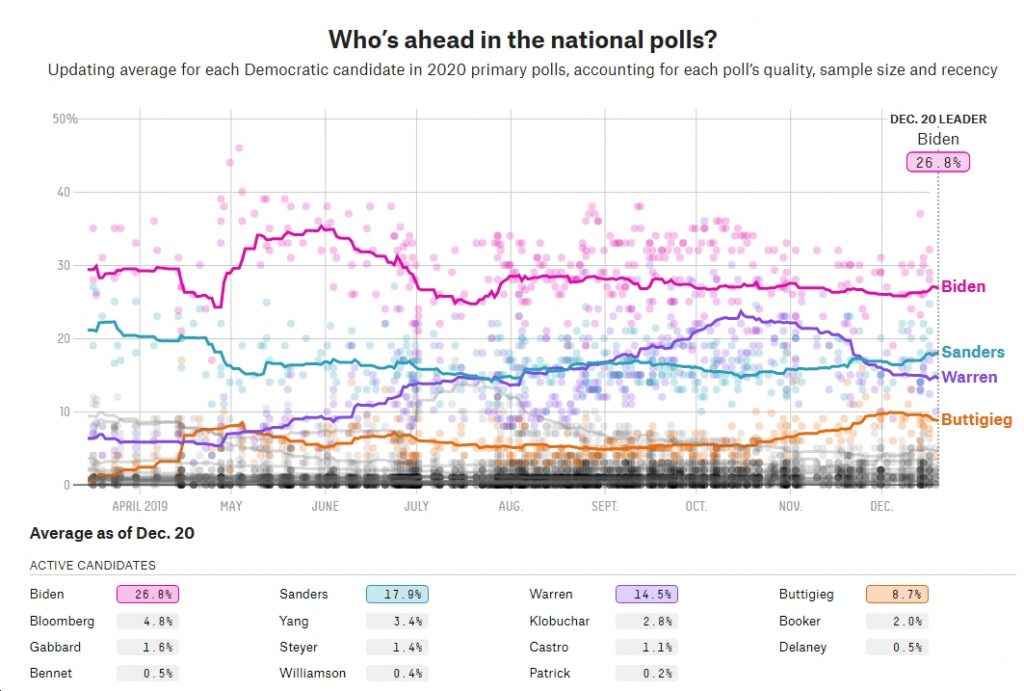 Next, here’s what the PredictIt markets think at the moment – Joe Biden the front-runner in the Democratic presidential nomination constest, at 37 cents; Bernie Sanders next at 24 cents; followed by Pete Buttigieg (13 cents), Elizabeth Warren (12 cents), Andrew Yang (9 cents), Michael Bloomberg (8 cents), Amy Klobuchar (7 cents) and Hillary Clinton (7 cents). As for the general election, PredictIt current has Democrats as a slight favorite (52 cents) to win the White House in November 2020. And yes, that’s far too close for comfort. 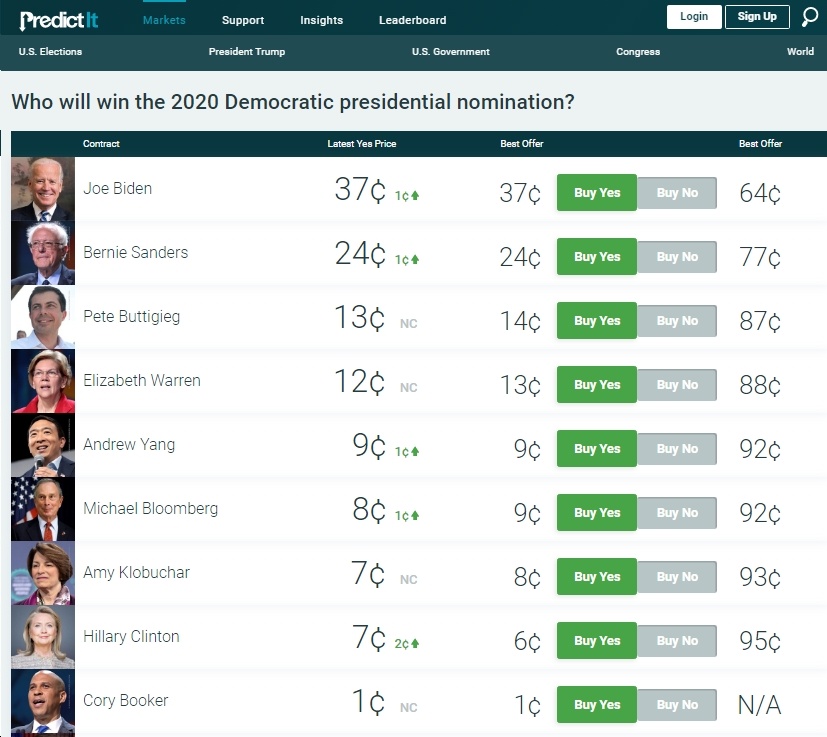 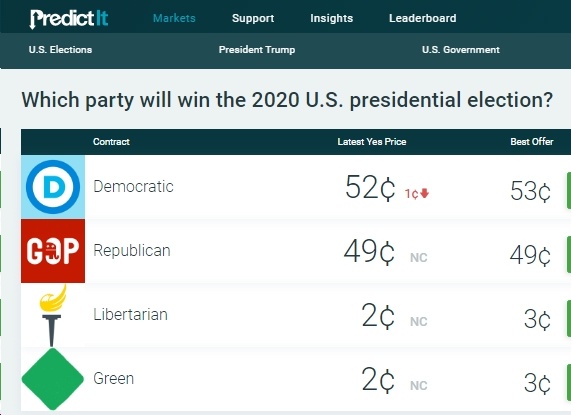 Finally, here are some graphics from JHK Forecasts, which claims that it “back tested” its presidential model for 2016 had an electoral-weighted “Brier Score” (“measures the accuracy of probabilistic predictions,” where “the lower the Brier score is for a set of predictions, the better the predictions are calibrated”) of 0.0873, better than FiveThirtyEight.com’s “Polls-Plus” (0.0928), the New York Times (0.1208), Daily Kos (0.1439), etc. Now, I can’t independently verify this, but CNU Professor Rachel Bitecofer seems to think highly of JHK Forecasts, as she recently tweeted out its latest update and confirmed to me that she thinks they do solid work. Still…feel free to disagree, but keep in mind what this is exactly — polls-based probability forecasts, nothing more or less. With that…here are the latest forecasts nationally and also specifically for Virginia’s Democratic presidential primary. 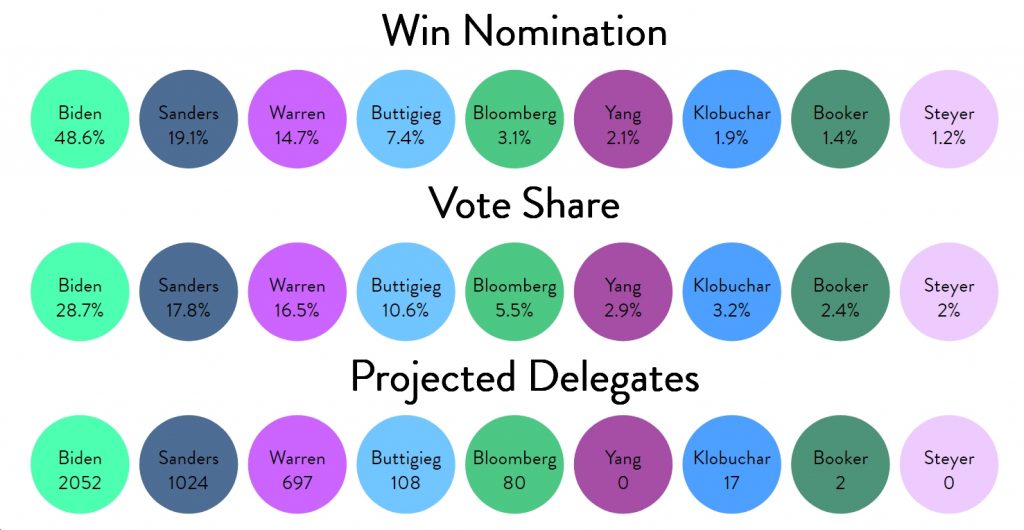 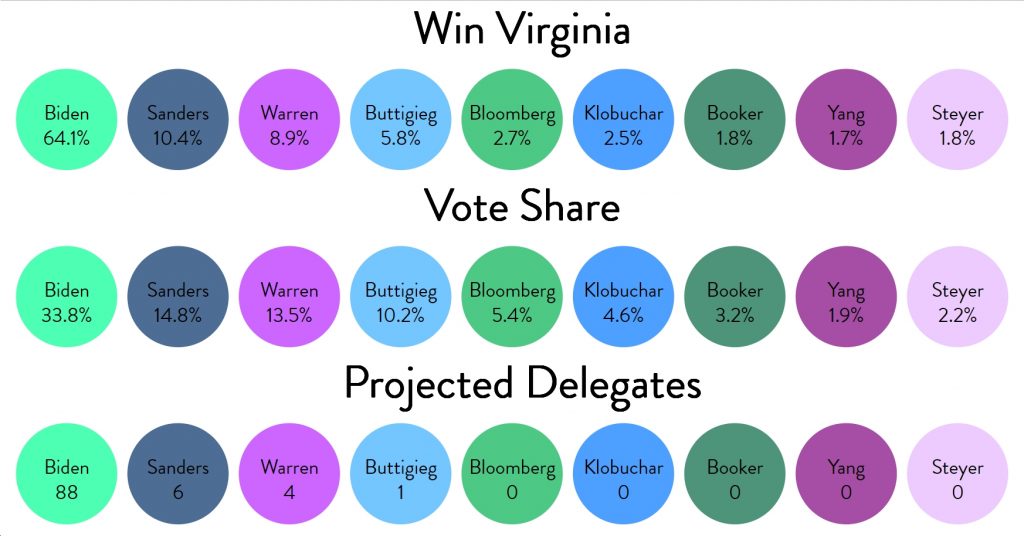 Now, it’s quite possible that a LOT could change between now and when the caucuses/primaries start (February 3 – Iowa caucuses; February 11 – New Hampshire primary; February 22 – Nevada caucuses; February 29 – South Carolina primary; March 3 – “Super Tuesday,” including Virginia’s primary), so take all this with a grain of salt. For instance, recall that at this point in 2007, Hillary Clinton was nearly 20 points ahead of Barack Obama. And at this point in 2003, it was Howard Dean at 31%, followed by Dick Gephardt at 9%, Joe Lieberman at 8%, and…finally, John Kerry at 8%. The bottom line right now is that most Democratic voters aren’t solidly committed to any particular candidate, meaning there can be a lot of shifting around, depending on a bunch of stuff, including who wins Iowa, New Hampshire, Nevada, South Carolina, etc. So we’ll see.

Anyway, what are your predictions at this point? Who do you *want* to win?

Republicans clearly don't care about government experience, let alone respect for government. If anything, they hold it in disdain and scorn. https://bluevirginia.us/2021/05/video-results-thread-after-counting-ag-ballots-sunday-virginia-gop-moves-to-governors-race-at-9-am-monday#comment-5377681752 h/t @LarrySabato