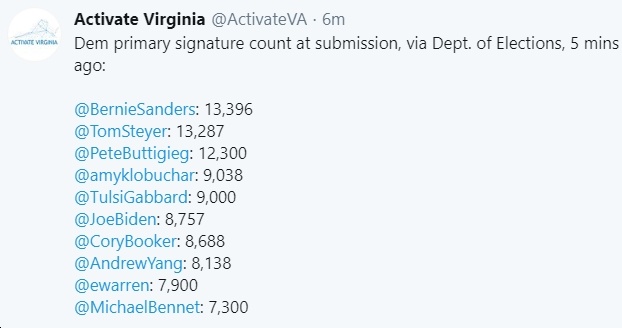 First, see below from the Virginia Mercury:

Also see the following posts about Sanders and Buttigieg submitting their petition signatures. We’ll see in just under a week how many other 2020 Democratic presidential candidates file to be on the March 3 primary ballot here in Virginia. 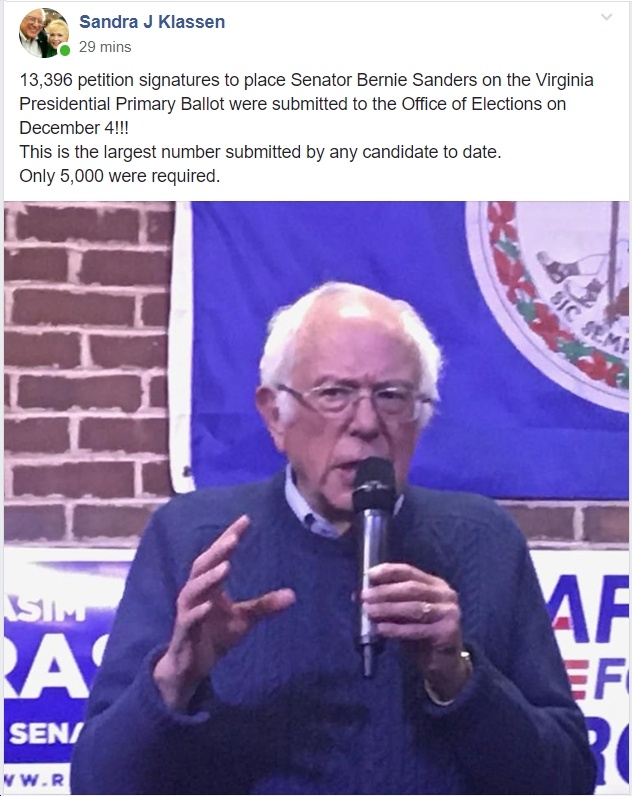 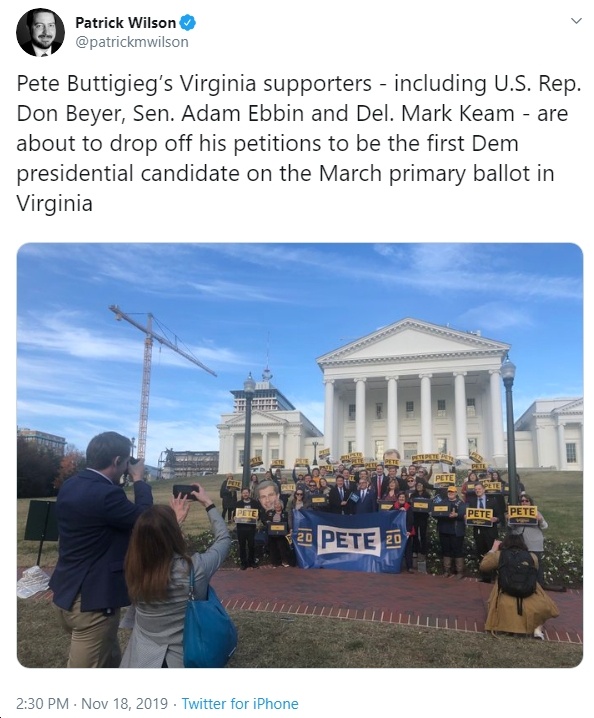 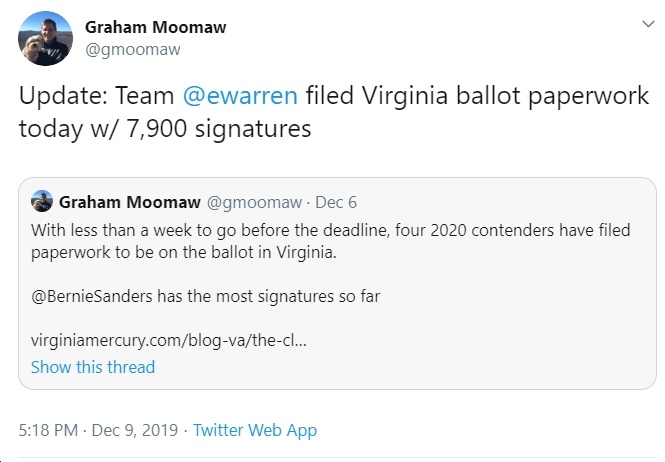 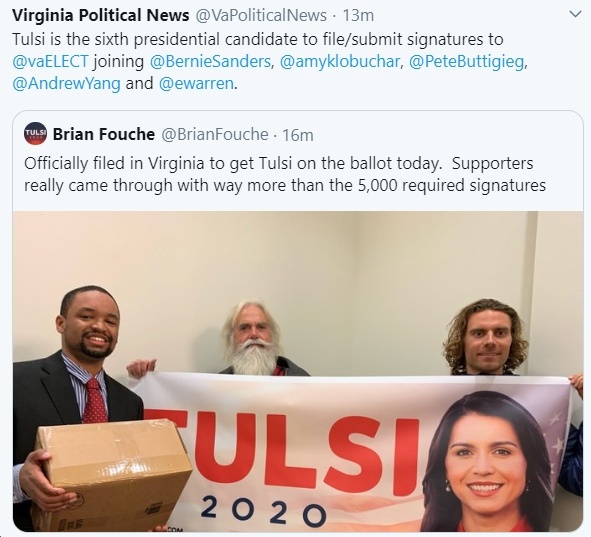