I just finished watching the Virginia State Senate Privileges and Elections Committee hear witnesses (three in support and three in opposition) and then vote 10-5 to ratify the Equal Rights Amendment (ERA). It goes without saying that all Democrats voted in support of the ERA, while predictably all Republicans except for Sen. Jill Vogel  – the only Republican woman on the committee – voted against ratifying the ERA. Very, very telling about the two parties. Regardless, this is excellent news…one more step towards Virginia becoming the 38th state to have ratified the ERA, which theoretically should be sufficient. Of course, the Trump administration will fight in court, and this will probably end up in the conservative U.S. Supreme Court at some point. But for now, I’m going to celebrate this victory. 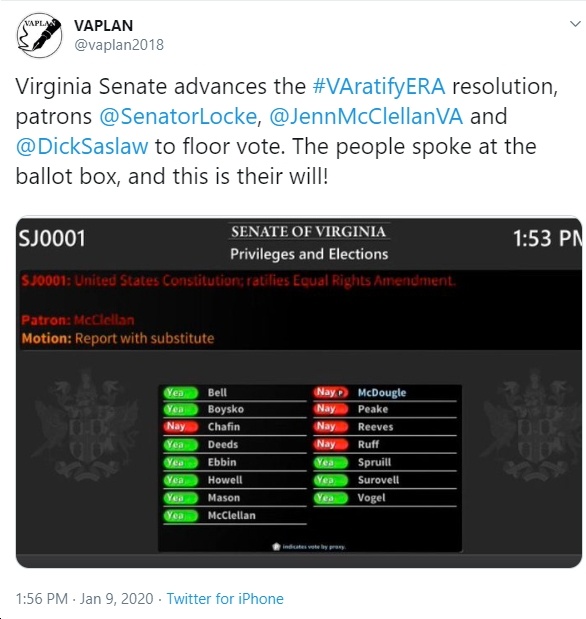