A new poll is out this morning, by VCU’s Wilder School for Government and Public Affairs, which finds the following: 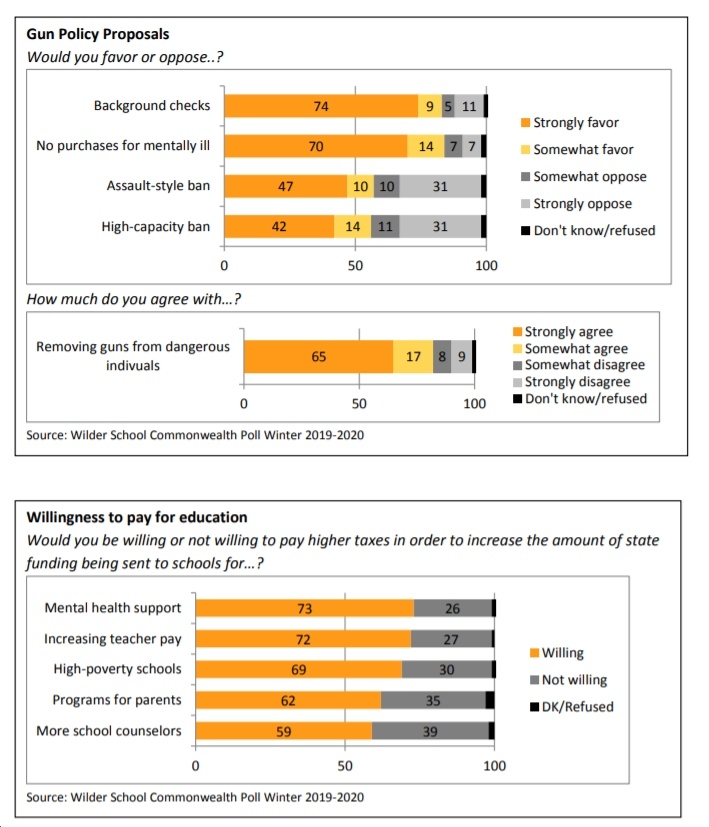