Seriously, you can’t make this s*** up: check out, below, the right-wing “Middle Resolution PAC”‘s over-the-top “fever dream” about the supposed horrors about to be inflicted by Virginia Democrats. Before you read it, though, note that “Middle Resolution PAC” has donated nearly $1.3 MILLION over the years to Virginia Republicans, so they are clearly close allies. With that in mind, check out their bizarre excuses for why Virginia Republicans keep losing, including:

On, and what specifically does “Middle Resolution” fear is going to happen? How about this, for starters?

“The idea of Virginia becoming a state with Chicago-style gun laws, controlled by the unions, adopting a mandatory $15 per hour minimum wage, and allowing same-day voter registration are no longer just leftist ideas—they could be our reality. “

In sum, be afraid, be very afraid! Or better yet, continue to vote Democratic, pass progressive legislation, and drive these “Middle Resolution” folks even more to distraction than they already are! LOL 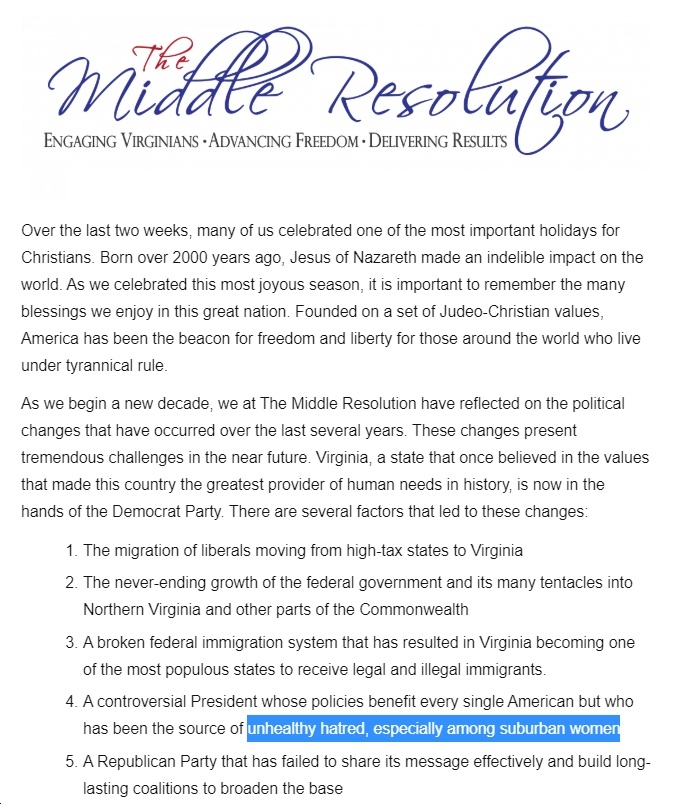 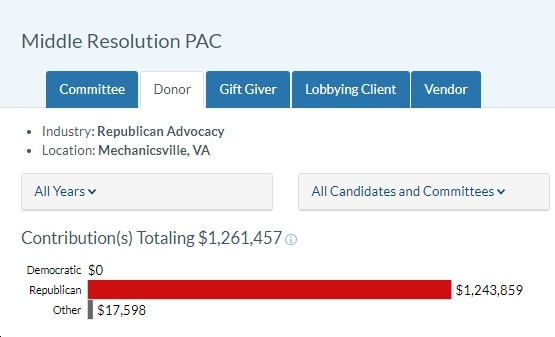