This seems like an Onion parody, but apparently these guys – WV Gov. Jim Justice and Liberty “University” President Jerry Falwell, Jr. – are serious. According to Falwell (see video, below), a far-right theocratic extremist – whose “university,” by the way, shouldn’t be receiving a penny in public funds – “what’s happening in Virginia right now is a tragedy in the making Democratic leaders in Richmond through their elitism and radicalism have left a nearly unrecognizable state in their wake.” And worst of all, from this grifter’s perspective:

“…many counties are taking a long hard look at escaping the barbaric totalitarian and corrupt Democratic regime in Richmond that is trampling on individual rights throughout the state…I will be campaigning for my good friends President Trump and Governor Justice this election year. I will also be supporting any efforts to let the people decide the question of Virginia counties joining the state of West Virginia…I hope history will also record one day how Virginia divided once again in our decade because the interest of those in Richmond were so divergent from those of us to the west, just as they were with Kentucky and West Virginia…We need a state government that is not elected by federal workers in the suburbs of Washington DC, as is the case now in Virginia, that will protect our god-given rights, to life, liberty and the pursuit of happiness. And I believe West Virginia will do precisely that.”

P.S. For more on Falwell, see Tom Perriello: “Presence of Evil” Clearer with Jerry Falwell, Jr. than Even with “Warlords and War Criminals on Multiple Continents”; The Saga of Jerry Falwell Jr.’s Bizarre Relationship With a Miami Beach Pool Boy, Explained; and Bigoted Extremist “Liberty” President Jerry Falwell, Jr. Urges Students to Get Guns and Help “end those Muslims”. 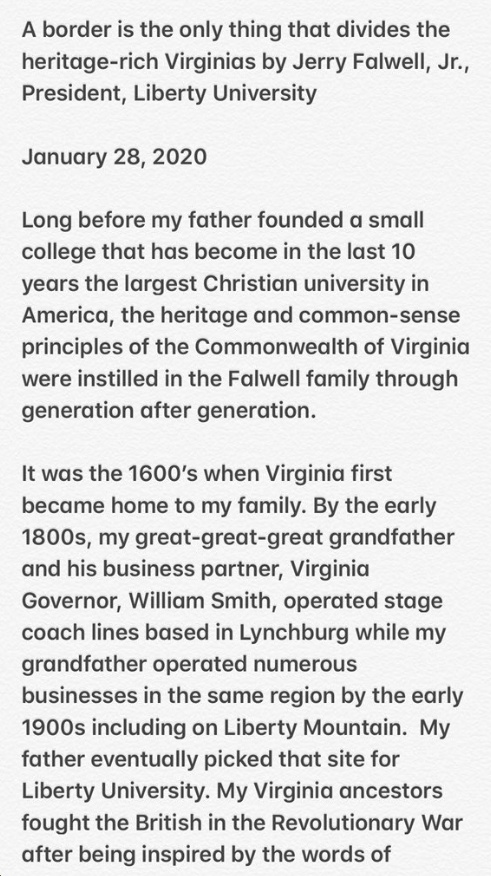 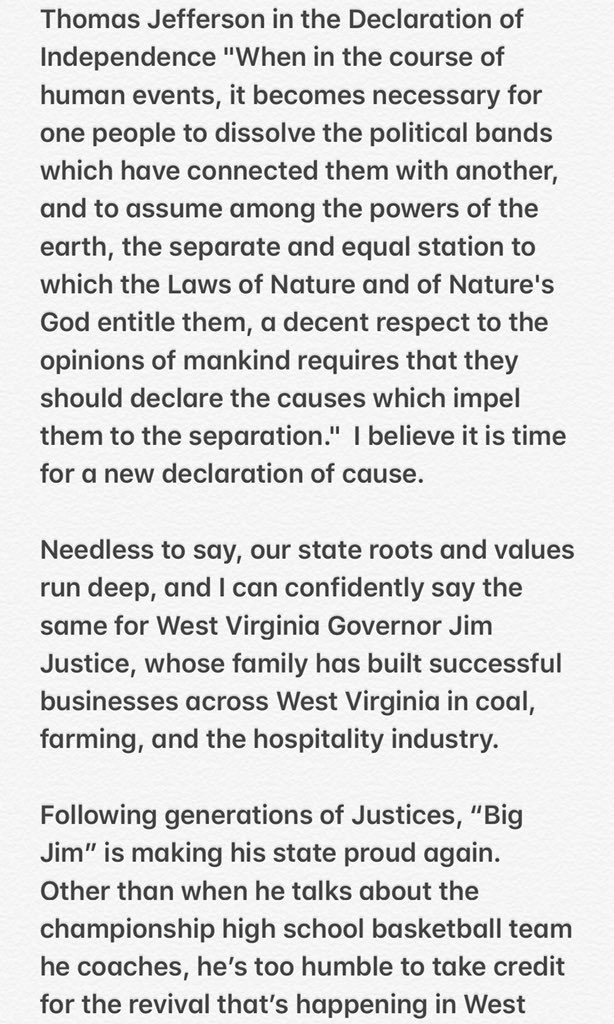 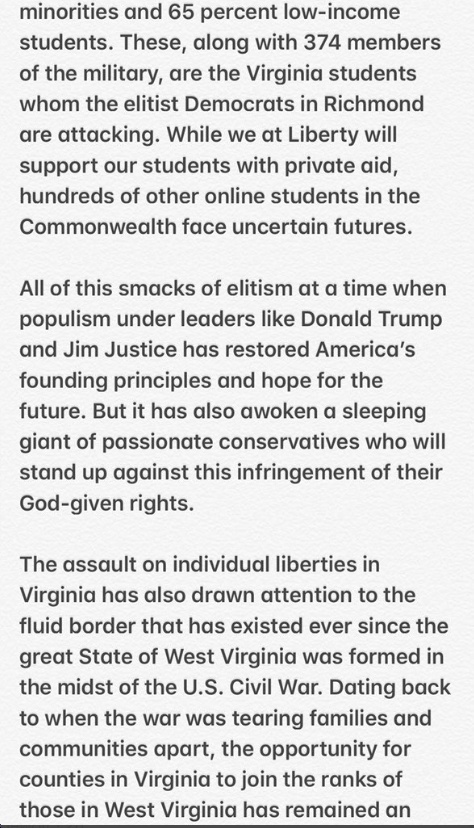 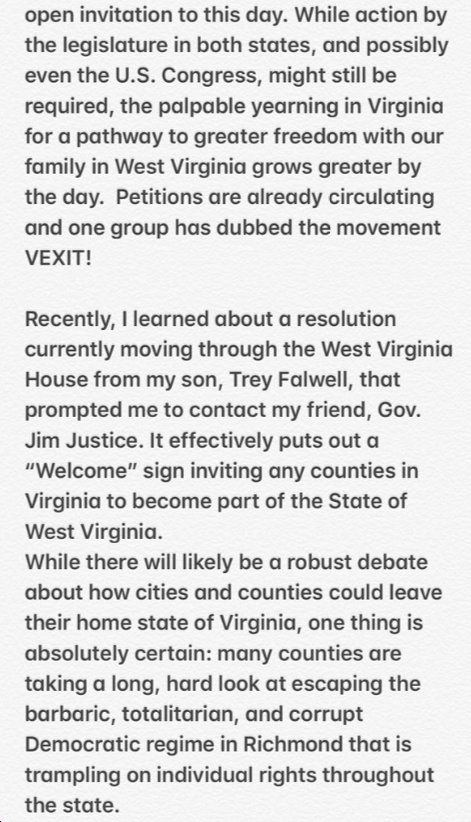