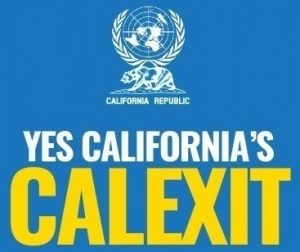 The horrifically effective Russian assault on America and Europe of the past few years has had the singular goal of ripping Western society to shreds – by turning us against each other in ways that cripple our civil life and paralyze our most important institutions.

In numerous cases, that has included directly funding and supporting separatist movements – in Texas, California, Hawaii, Puerto Rico and the African-American community in the U.S.; Catalonia and the Basque regions in Spain; Scotland, Northern Ireland and of course, Brexit in the U.K.; various parts of Italy; and perhaps most notoriously, the Donbass region of Ukraine, where Russia is trying to foment unrest to add to its violent invasion and annexation of the Crimea.

So now, has Virginia been added to Putin’s list? The creation of the perhaps overly appropriate slogan “Vexit” (vex: verb, “to irritate; annoy; provoke”) makes one wonder – particularly after the recent very weird but deadly serious press conference in which Jerry Falwell, Jr. and WV Governor Jim Justice invited disaffected Virginia counties and cities to leave the Commonwealth to join the state of West Virginia.

To be sure, most of the Russian-funded separatist movements have flopped like flounder on the deck of a fishing boat – but some have caused real problems, as in the cases of Catalonia and Brexit (not technically a separatist movement though a very costly separation of Western allies).

Russia’s involvement has not been a very well-kept secret. Putin’s so-called “Anti-Globalization Movement of Russia (AGMR)” has held conferences with members of a numbers of these movements. For example, Nate Smith of the Texas Nationalist Movement (TNM) and Louis Marinelli of YesCalifornia have both attended far-right conferences in Moscow and accepted funding and Internet and social media support.

The Russian-made “Heart of Texas” Facebook page, as an example, had some 254,000 followers before it was taken down. YesCalifornia was given rent-free space in Moscow for the first “Embassy of the Independent Republic of California” – which, needless to say, promised to pull California out of NATO.

To be clear, I have zero evidence of Russian support for Vexit, but, boy, does this game plan sound familiar. It’s not like Jerry Falwell, Jr. has any shortage of material for a good kompromat file – *cough* POOL BOY *cough* – and we’ve never heard the full story about the role that former Donald’s former fixer Michael Cohen played in taking care of some “racy personal photographs” of Falwell’s that the President of Liberty University didn’t want released – an event quickly followed by Falwell’s unlikely but very consequential endorsement of the not-very-pious Donald.

But what’s perhaps more disturbing than the possibility of direct Russian involvement in Virginia politics is the increasing evidence that Republicans have so thoroughly internalized Russian active measures tactics – like arguing in perfectly fluent whataboutism that diverts the discussion away from all questions asked – that they don’t need Putin’s help anymore. They’re already too well trained in multiple guerilla techniques to destroy American society from within – and a little too enthusiastic about using them.

Just listen to Falwell’s way over-the-top comment that “many counties are taking a long hard look at escaping the barbaric, totalitarian and corrupt Democratic regime in Richmond that is trampling on individual rights throughout the state.”  Seriously, dude – moderate and hugely popular gun safety laws passed by duly elected representatives are “totalitarian”? Totally the type of take that would make Putin smile.

So while some may find it a waste of time to take Vexit seriously, I personally resent this Russian-style intrusion into our state politics and will keep an eye on it – not because I expect it to meet with any real success, but because I am committed to fighting Putin’s virtual invasion in the form of every puppet, dupe, troll or bot he may employ – until we beat them all. This isn’t the first remote tyranny Virginians have beaten, and it won’t the last.