With the 2020 Virginia General Assembly session scheduled to end in just over a day, there have been major developments on a number of fronts today (see here, for instance), including on the proposed – and fatally flawed – constitutional redistricting amendment. What’s happened now is that Del. Marcus Simon (D) has put forth a “substitute” to the amendment (see text here and below), which will be voted on tomorrow. Of course, for an amendment to enter into the Virginia constitution, it has to pass in its *identical language* two years in a row, then be sent to the voters for approval in November. Which means that any changes to the amendment effectively would kill it for 2021. Which would be very good news, given that this amendment “ would absolutely allow gerrymandering, and would also likely kick it all to the Republican-dominated Virginia Supreme Court, with no possibility of appeal.” Yuck.

Fortunately, the better option has always been to pass *legislation* (see Del. Mark Levine’s explanation here) that lays out and requires fair redistricting for 2021, then to work on a constitutional amendment that actually makes sense – unlike this one – for 2031. That’s what I’d urge the General Assembly to do tomorrow.

P.S. I agree with Ben Tribbett on this one – “Great work @EFillerCorn!” Also, gotta love OneVirginia2021’s reaction – “wow” – as they must have thought their amendment was a done deal, but…apparently not! 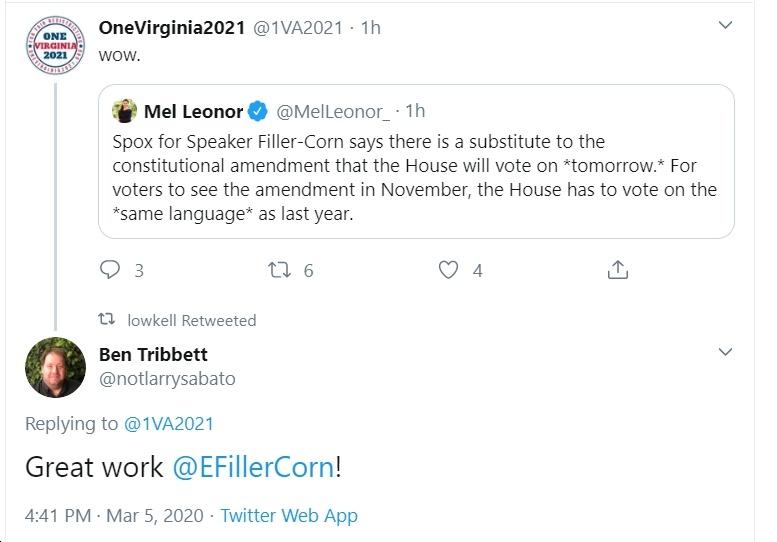 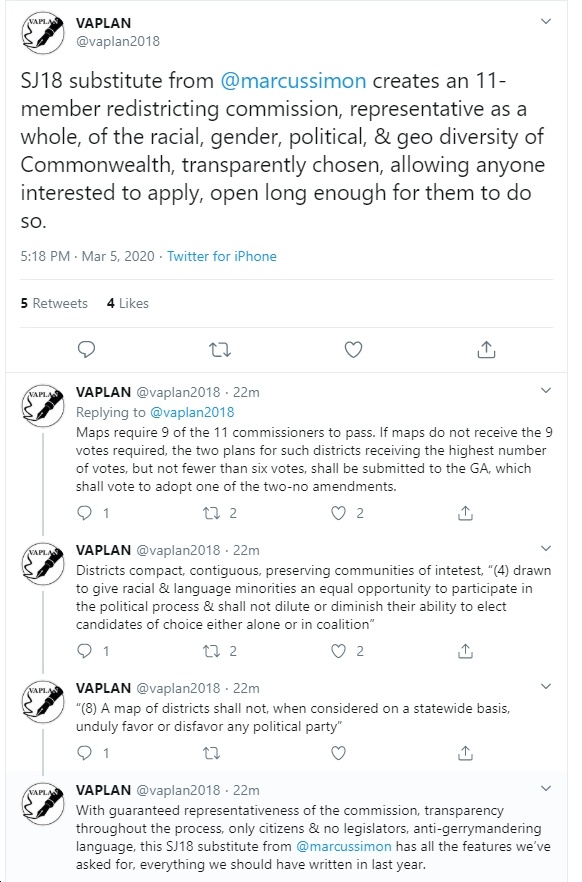 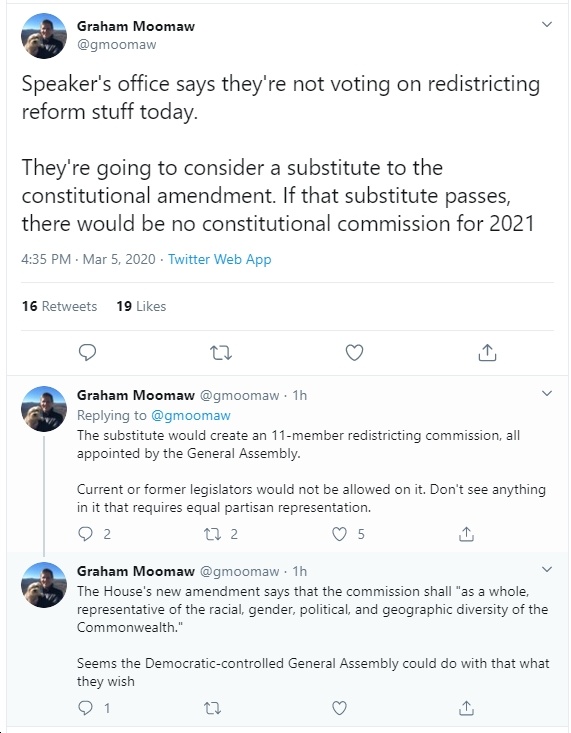 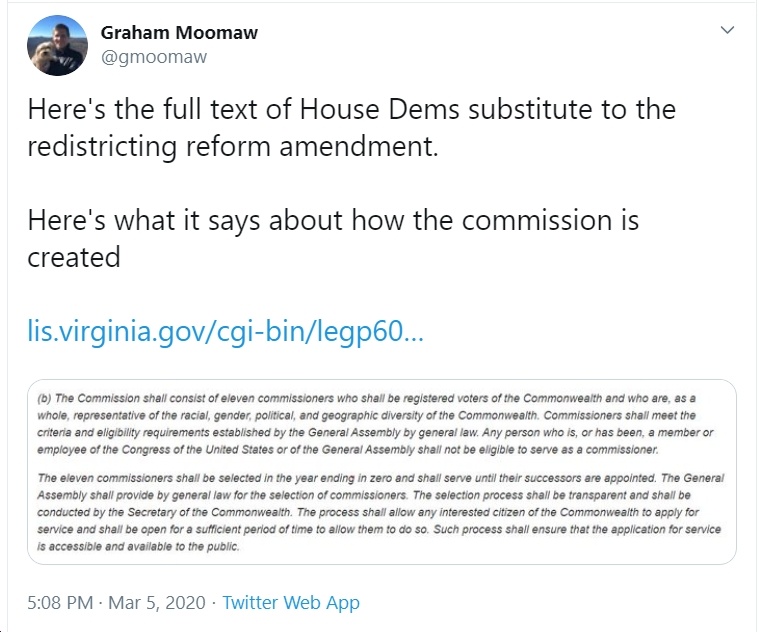 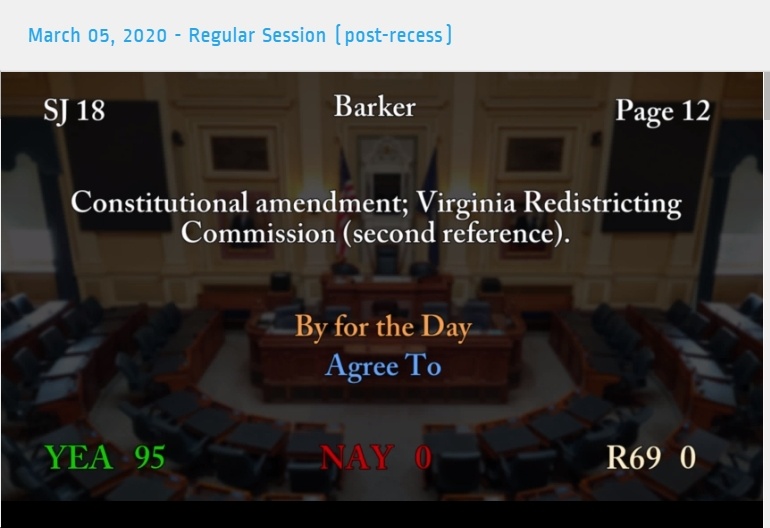 This event with "weasel" Kevin McCarthy - who "would be a weak, disastrous Speaker" - says a great deal about Yesli Vega...
https://bluevirginia.us/2022/10/monday-news-brazil-presidential-race-heads-for-runoff-after-lula-falls-short-ukrainian-troops-continue-offensive-claim-new-gains-supreme-courts-approval-sinks-to-historic-lows-100-days#comment-6002474619 h/t @BPaves

It wasn't well publicized at all, and there didn't seem to be any news articles about it this morning, but there was a VA10 debate last night, at which @RepWexton accurately stated, "I'm calling my opponent extremist because he is an extremist" https://bluevirginia.us/2022/10/monday-news-brazil-presidential-race-heads-for-runoff-after-lula-falls-short-ukrainian-troops-continue-offensive-claim-new-gains-supreme-courts-approval-sinks-to-historic-lows-100-days#comment-6002468745