With Virginia’s 2020 Democratic presidential primary tomorrow, there were straw polls held by three big Democratic committees – Virginia Beach on Saturday, Fairfax County and Alexandria on Sunday. See below for the results…unscientific as they are, of course.

P.S. By the way, it’s fascinating how Democratic committees’ straw poll results often (usually?) don’t match up with what you see on Facebook and Twitter.

Virginia Beach Democrats: Not sure what the full results were, but Joe Biden won it. 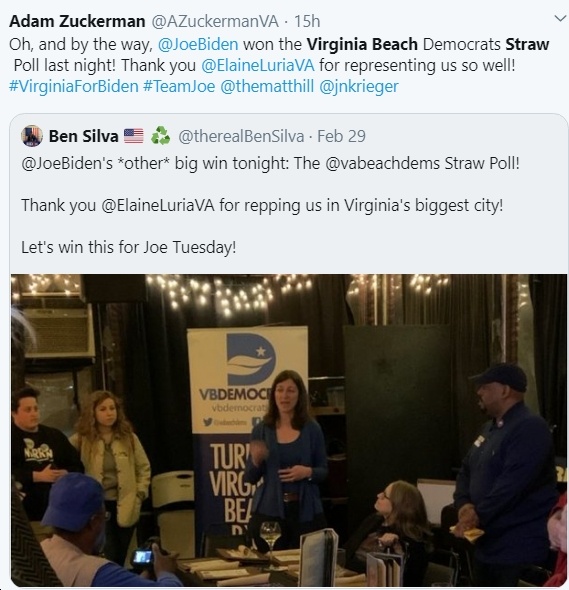 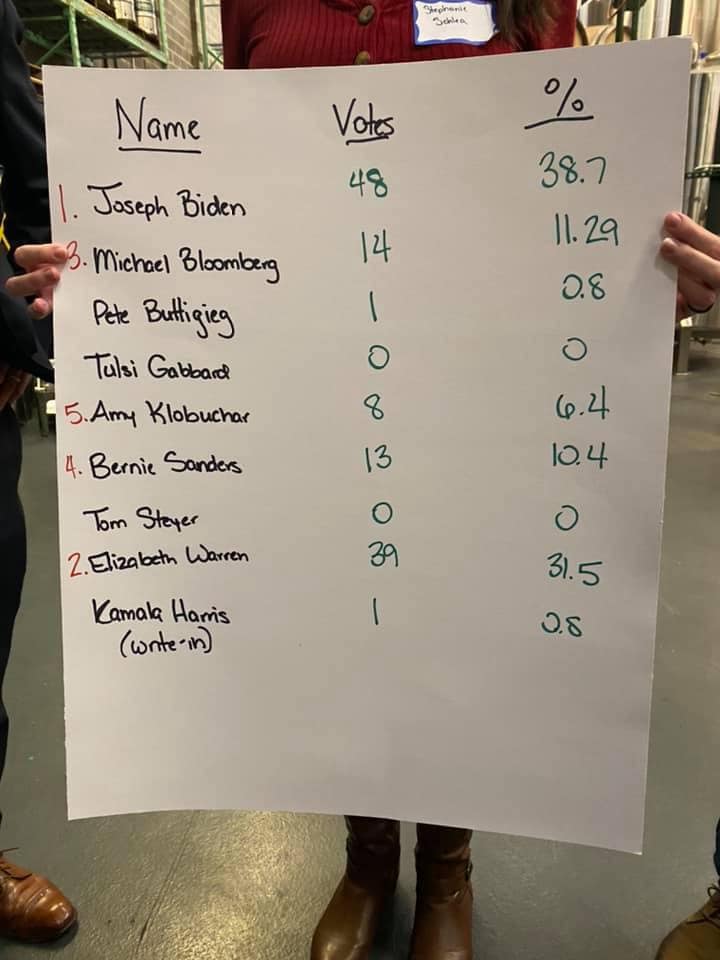 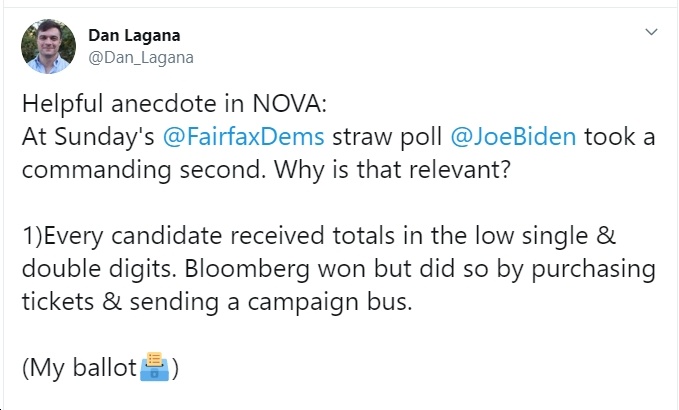