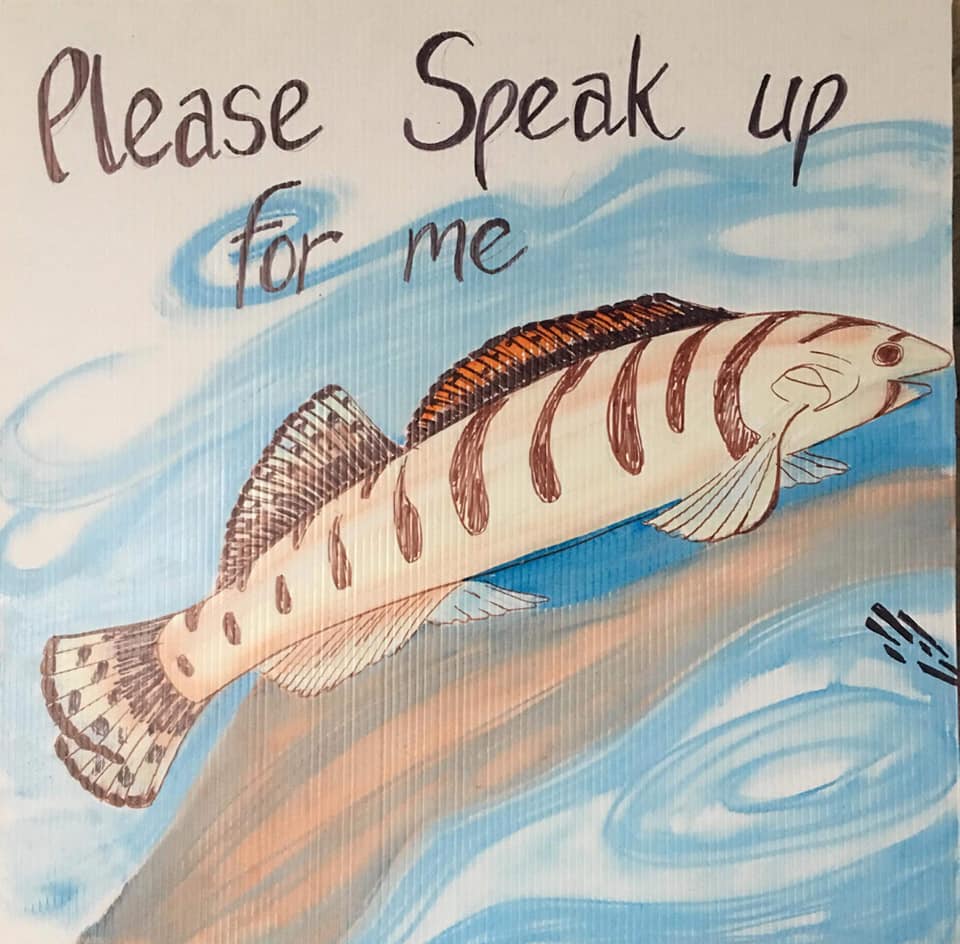 by Freeda Cathcart, citizen monitor and a Director on the Soil and Water Conservation Board (Blue Ridge District)

Monday is the last day for the Virginia State Senate to take action to save endangered fish in Southwest Virginia from extinction. On February 18, 2020, a Senate committee “passed by indefinitely” a bill that would have returned authority to the State Water Control Board (SWCB) to protect Virginia’s waterways from pollution caused by large gas-pipeline construction projects. The Senate committee could vote to resurrect HB 643, the Lazarus Bill before 5:00 p.m. this Monday.

Currently, the SWCB does not have the authority to protect our water from large-capacity gas pipeline projects that have run off the rails.

During the February 18 Senate committee meeting, Senators asked questions that seemed to be based on an anonymous sheet provided by a gas industry lobbyist. The top talking point from the sheet was: “Overturns agreement from 2018 on pipeline oversight and stop work orders.”

When the SWCB issued the Section 401 certification in December 2017, Mountain Valley Pipeline representatives had assured the board that they could build the pipeline without polluting Virginia’s waterways. The SWCB also heard opposition from engineers and scientists, who were adamant that a 42-inch pipeline could not be built through the steep mountains without polluting the waters. Before the SWCB issued the 401 certification, they asked the Attorney General’s counsel if opposing engineers and scientists were right – did the SWCB have the power to stop work on the project by revoking the 401 certification? The AG counsel told them they could, based on the law at the time.

It seemed that during the March 1, 2019 SWCB meeting to discuss how to proceed with a hearing to revoke the 401 certification for the MVP, the SWCB hadn’t participated in the 2018 emergency legislation giving sole authority to the Department of Environmental Quality to issue a stop work instruction on gas pipelines over 36 inches in diameter. They must have been told that they no longer had the authority to stop work on the MVP.

Volunteers have been contacting Senators to advocate for passing the substitute for HB 643. The Lazarus bill, HB 643, has been pared down to the crucial changes in order to return the authority to the SWCB to protect our water.

The anonymous gas industry sheet claims the “current stop-work order process is working well” and issues were caused by high rainfall amounts in 2018.

I started monitoring and documenting part of the MVP corridor starting in July 2019. This is the area where DEQ Director Paylor finally issued a stop work instruction on August 2, 2019. The day after the MVP suspended construction within the watersheds of the Roanoke Logperch and Candy Darter, the DEQ lifted the stop-work instruction.

There is repeated documentation of pollution entering the waterway for the endangered fish from the same MVP corridor of the stop work instruction. The incidents have occurred during normal rainy days between weeks of drought.

The Senators have been provided with the following information:

The endangered fish might go extinct if HB 643 doesn’t pass the General Assembly this year. In order to protect them, the State Water Control Board needs to be able to protect our waterways. Who will speak for the fish?

Please protect the ecology of our streams from being disrupted by the extinction of a species, by contacting Virginia’s state senators to ask them to vote YES on the substitute for HB 643, the Lazarus bill, this session. 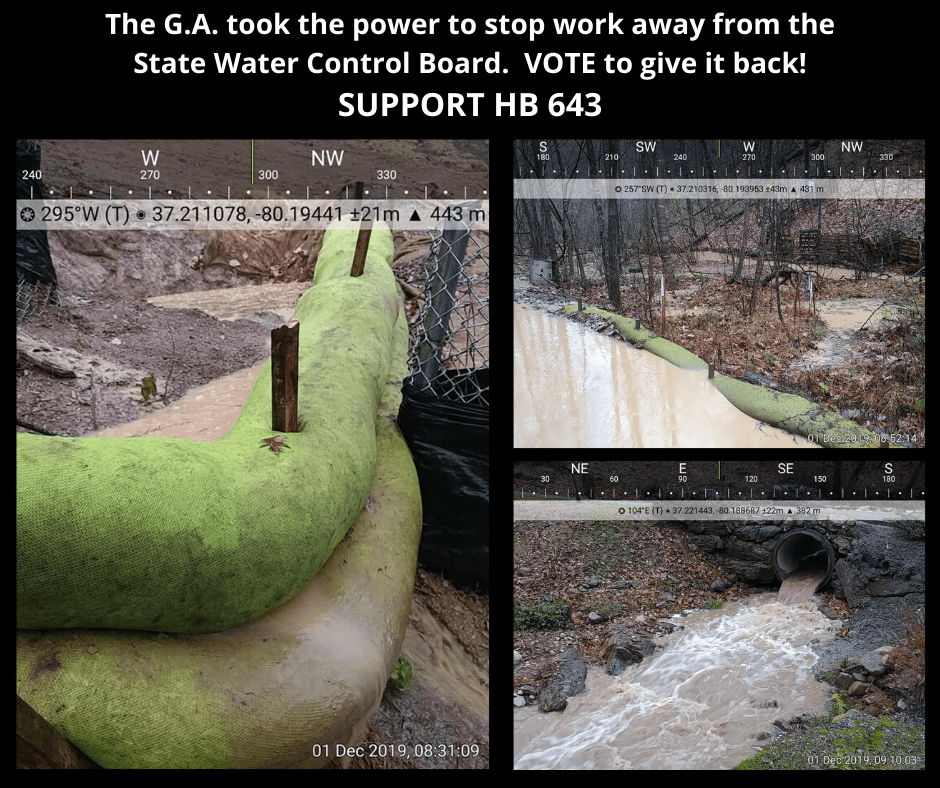 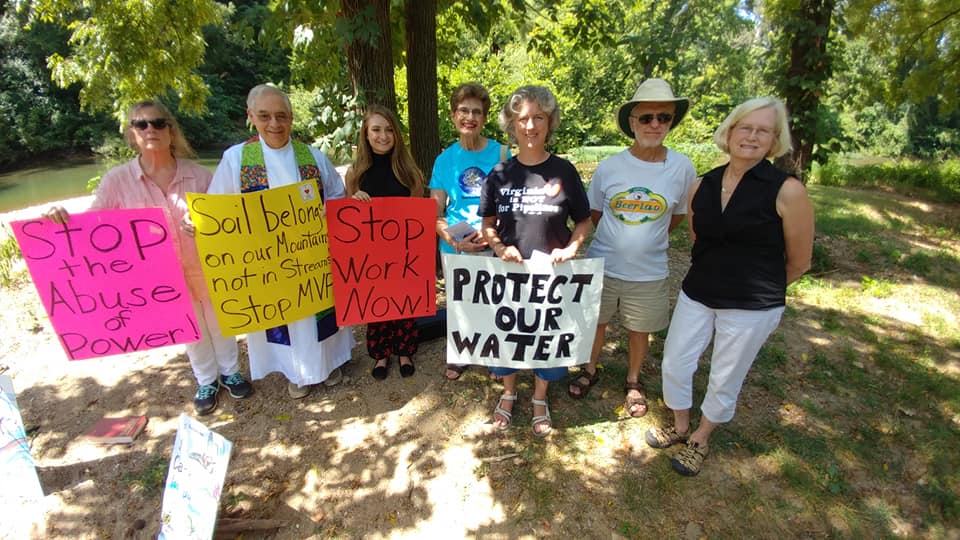