Interesting graphics from VPAP regarding the “Super Tuesday” Democratic primary in Virginia.  Here are the early/absentee vote and same-day/in-person vote percentages – compare and contrast. As VPAP summarizes: “If 62,000 absentee ballots are any guide, Virginia Democrats were widely split over the best candidate to challenge President Trump. Then Biden won a decisive victory in South Carolina. Three days later, Biden captured nearly 55% of in-person votes in Virginia, more than double his share in early balloting.” 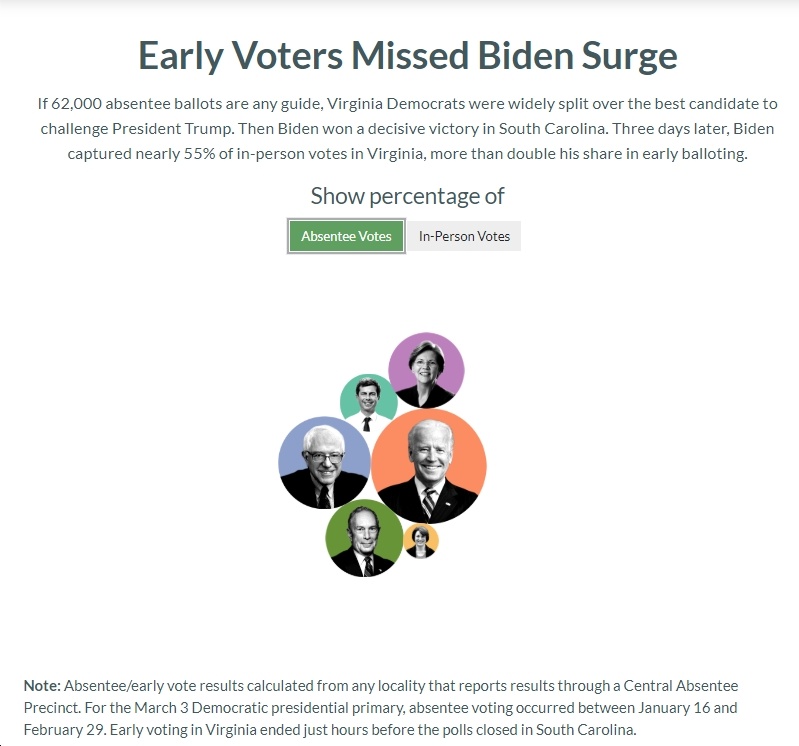 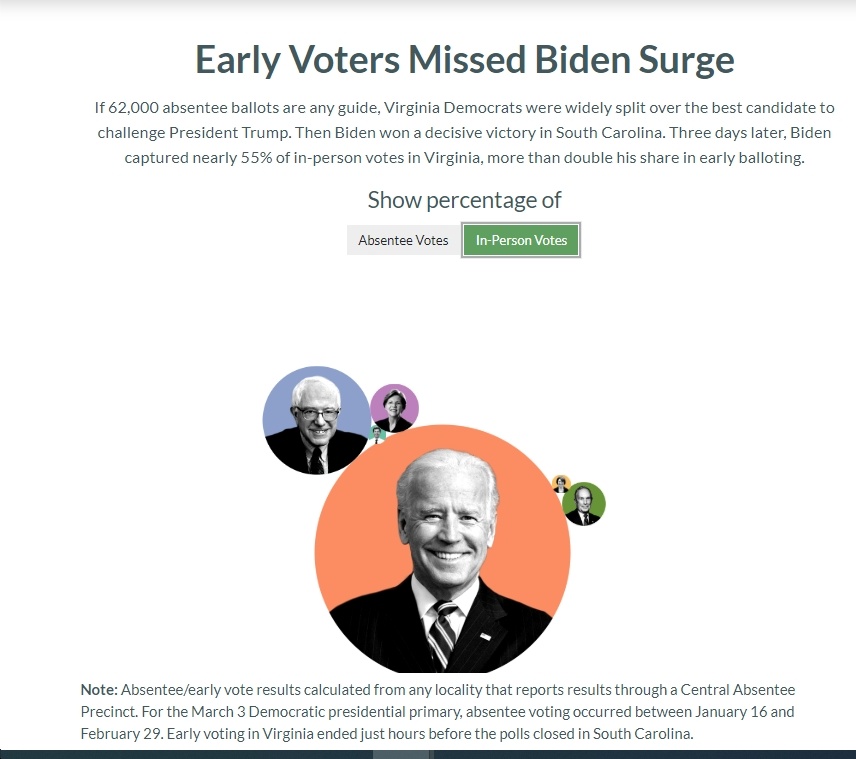