See below for some interesting graphics and maps, courtesy of VPAP regarding turnout this “Super Tuesday” in Virginia compared to previous Democratic presidential primaries in Virginia. 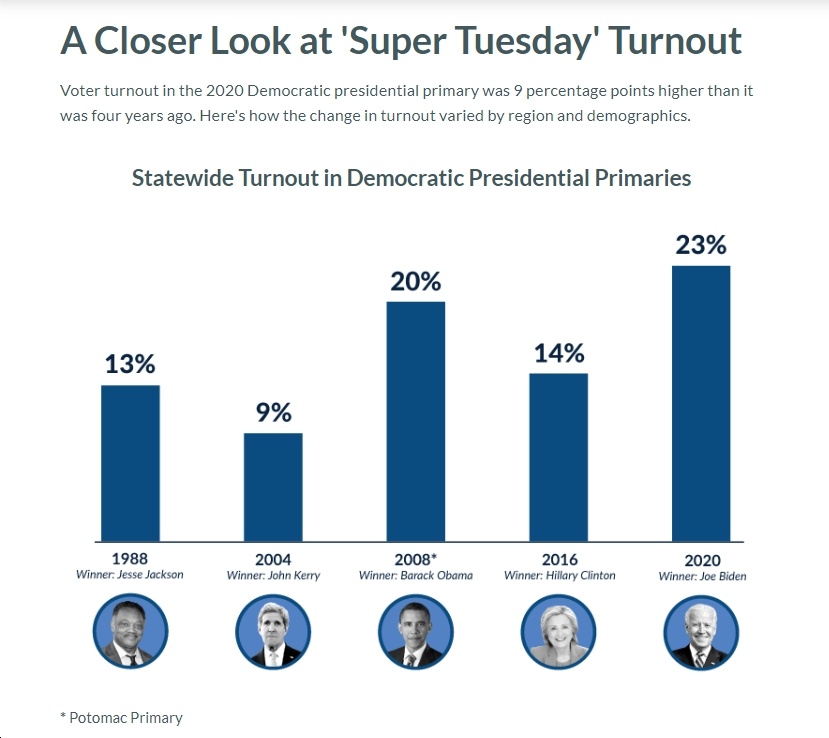 Now, here are several maps showing Super Tuesday turnout here in Virginia in 2020 vs. 2016. As noted above, “23.3% of Virginia’s registered voters cast ballots in the March 3 Democratic presidential primary,” which “was about 9 percentage points higher than Democratic turnout in 2016.” A few more details jump out at me: 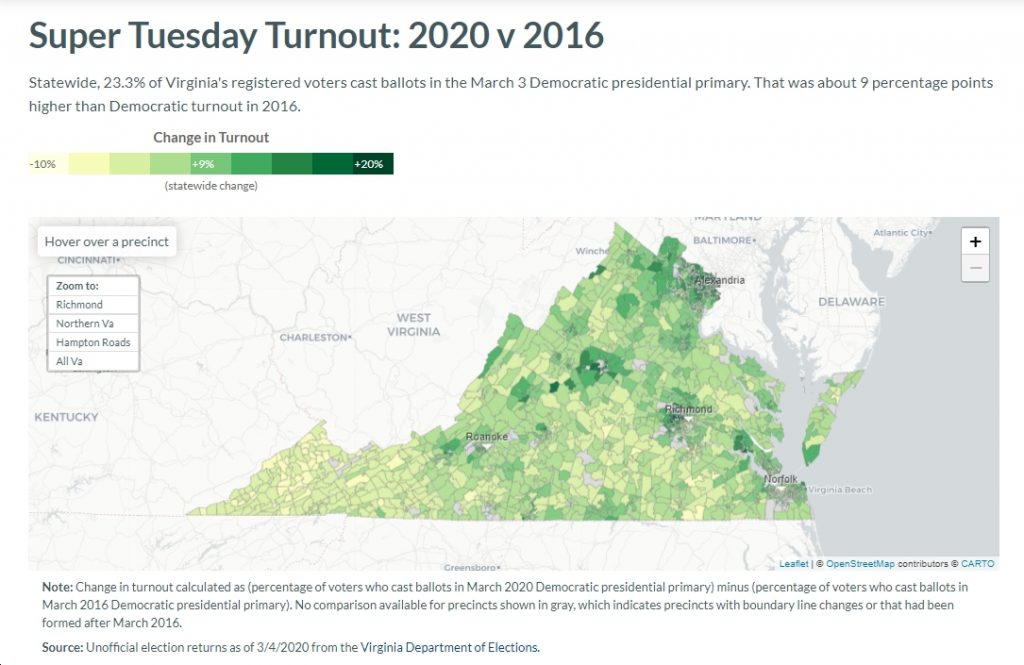 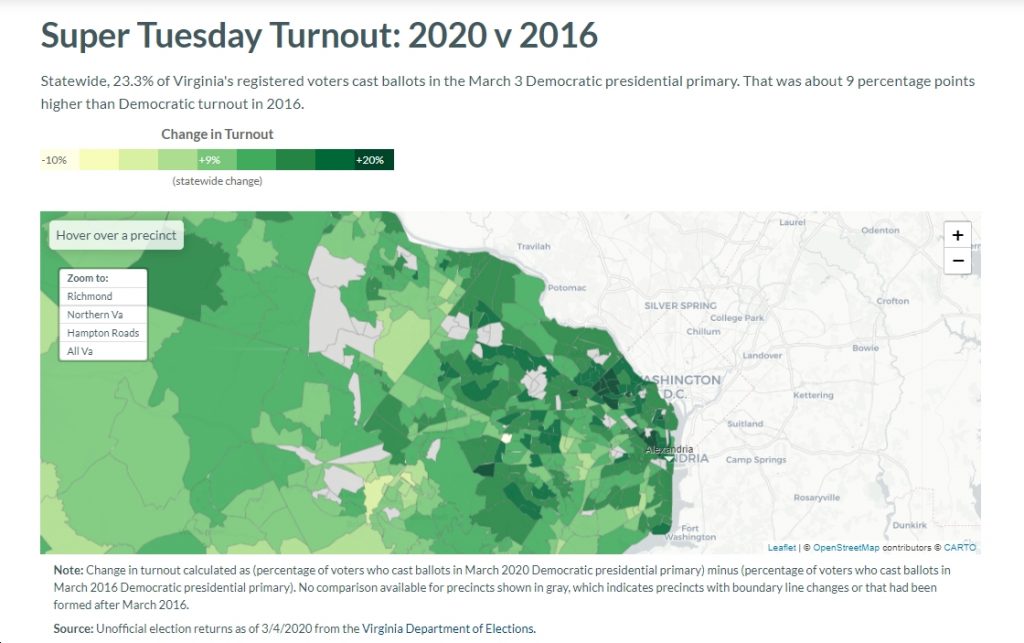 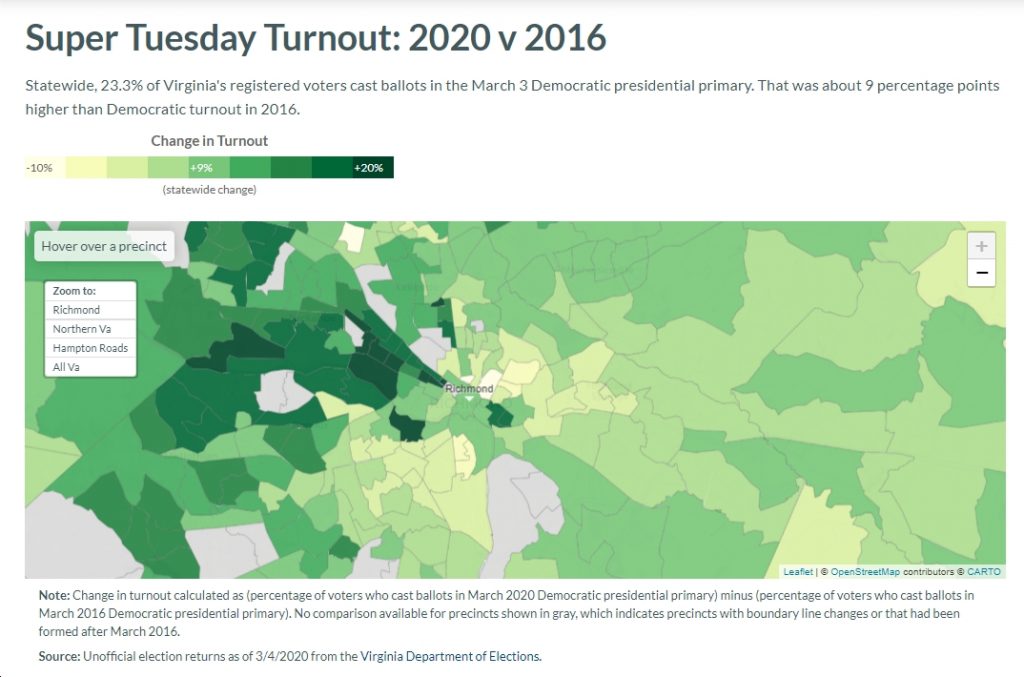 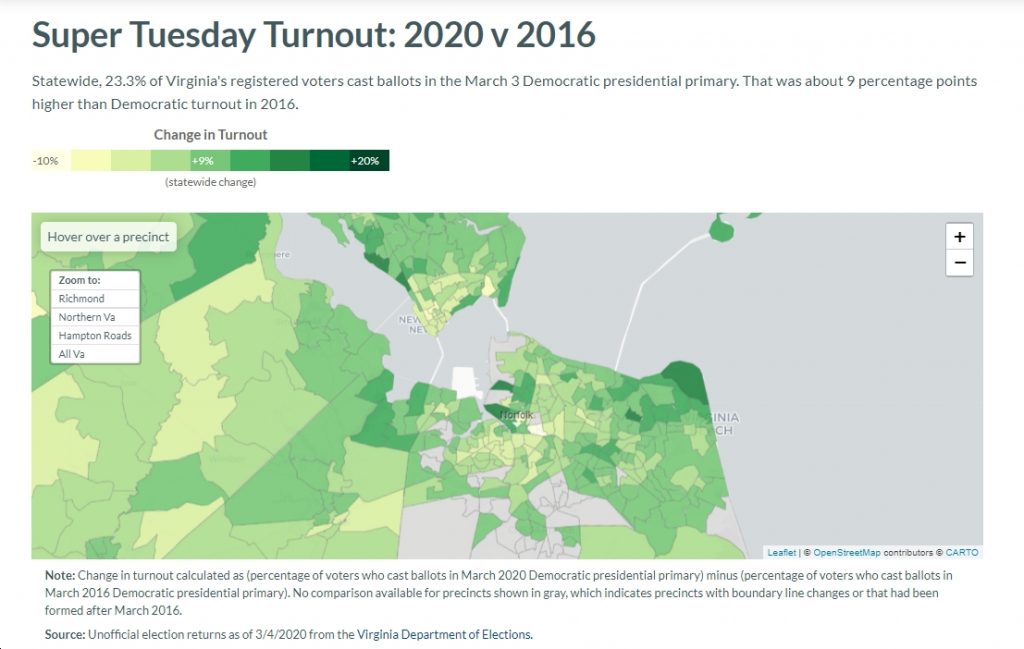